A cow escaped from a slaughterhouse 500 miles west of Rio de Janeiro, Brazil, and made its way to a nearby resort.

There it executed its runaway plan down a waterslide that was caught in a video.

According to the New York Post, the cow arrived at the empty resort, climbed up some stairs and found itself at the top of a waterslide.

In a video posted on Youtube by user Sou Agro, the cow is seen making its way down.

In a precarious attempt to slide down, the cow took steps forward but lost its footing, slipping quickly down the slide.

The cow then stopped and lay down in the middle of the slide. In the next clip, the animal was at end of the slide at the edge of the pool as two men tried to lure it into the water.

One man jumped into the pool while the other tried to push the cow off the slide.

A few seconds later, the animal plopped in and the water around it turned a murky brown as dirt on its body was washed off.

After some time, four men pulled the cow out of the pool. 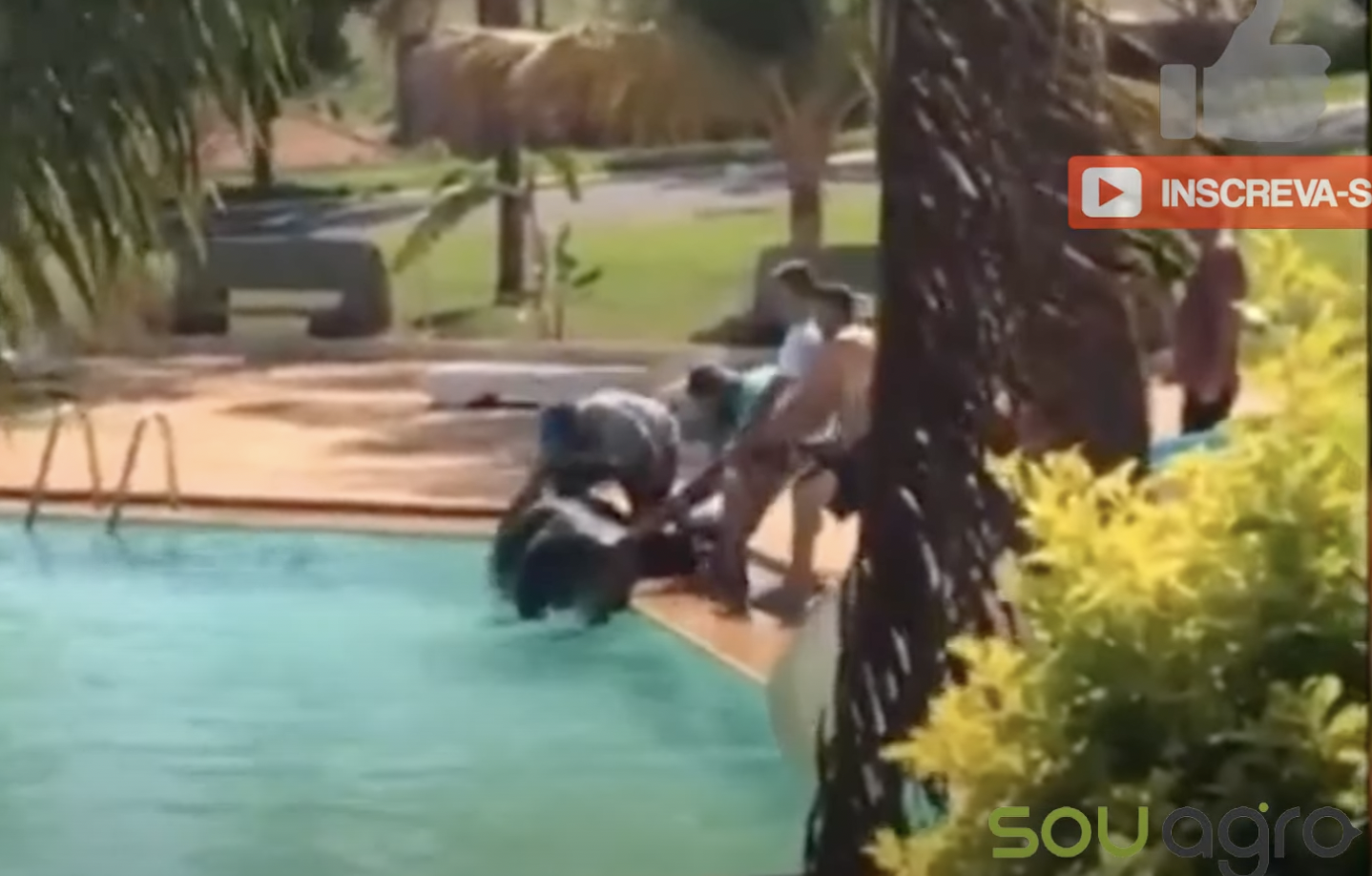 Remarkably, the slide is only supposed to only hold 450 pounds (204kg), but was able to withstand the weight of the 700-pound (312kg) bovine as it made its way down, said the New York Post.

After the cow's escapade, the owner of the farm decided to spare the animal from the slaughterhouse and made it a family pet, said iHeart Radio.

They even named it "Tobogã", which means slide in Portuguese.

In an interview with a Brazilian news outlet, G1, the owner confirmed that the cow is fine and not injured.