An accident between a trailer and a car on Tuesday (Oct. 26) morning brought traffic on the Pan-Island Expressway (PIE) towards Tuas to a slow grind.

The accident also caused traffic to be backed up nearly five kilometres.

Accident between trailer and car

Responding to Mothership's queries, the police said that they were alerted to the accident, which occurred along the PIE towards Tuas, before Stevens Road exit, at 11:03am on Tuesday (Oct. 26).

In photos and videos posted on social media, traffic was seen backed up behind a stationary trailer, which stretched diagonally across three lanes of the expressway.

Officers could be seen directing traffic, as vehicles slowly took turns to pass the trailer by using the first lane.

According to the Land Transport Authority's (LTA) traffic updates, the accident caused congestion that reached until the Kallang-Paya Lebar Expressway (KPE) exit, nearly five kilometres away.

A screenshot of Google Maps' live traffic map, posted on Facebook, showed that the stretch behind the accident site was marked as "slow".

According to LTA's updates, traffic appears to have continued to be backed up until at least 3:30pm, when an update was issued that congestion was until the Thomson Road exit, which was the exit before the accident site.

Accident has been cleared

The Straits Times reported that all vehicles involved in the accident have since been removed, and all lanes of the expressway are now open.

As of 6pm, Google Maps' live traffic map shows green — or "fast" — for the stretch. 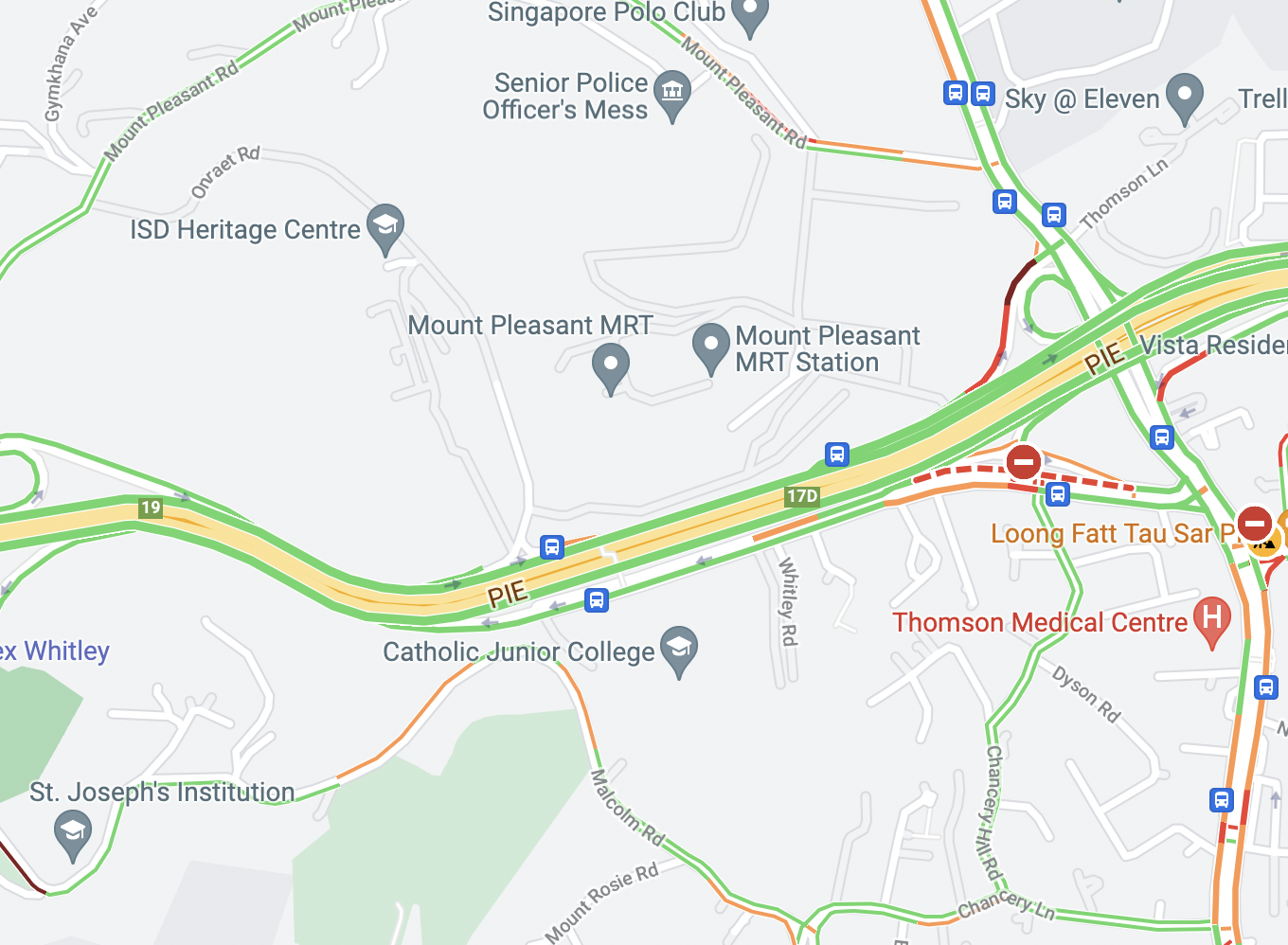