A man in Singapore recently stumbled upon a miniscule amphibian in the form of a frog that was smaller than 1cm in length in a highly urban environment.

Not only was its puny size intriguing, he found the frog along Orchard Road on the concrete pavement, some distance away from greenery.

An indication of just how small the frog was: While it was lodged in his palm, it could have been mistaken for a pebble. 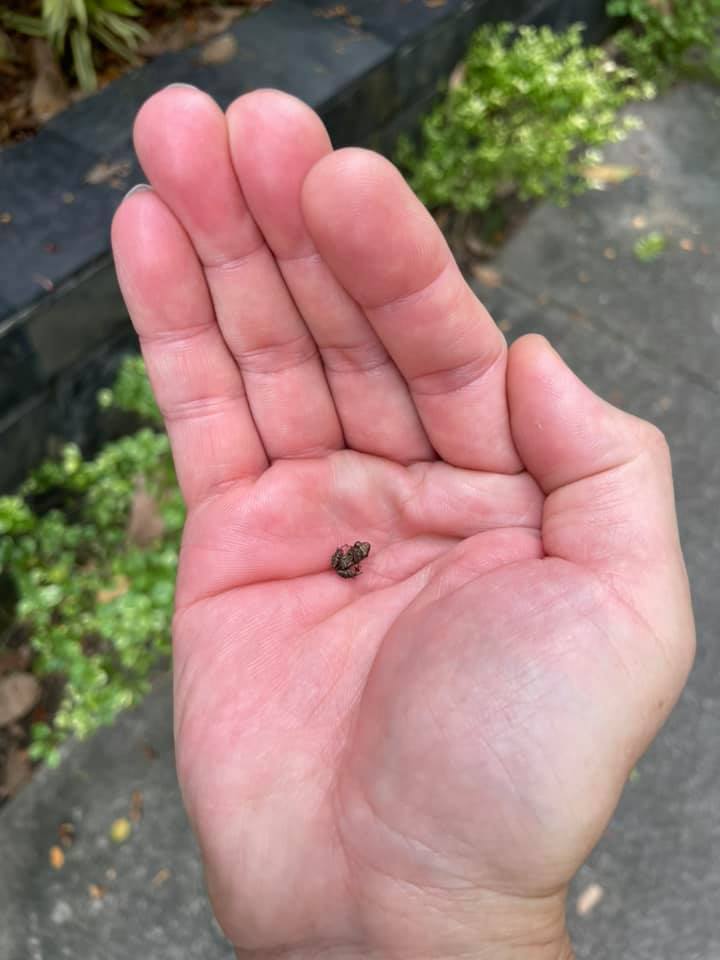 This was apparently what the man's wife initially thought at first when she spotted the frog.

In response to comments to the post in the Singapore Wildlife Sightings Facebook group asking what made him even notice such a small frog in the first place without stepping on it, the man wrote: "It’s pretty active, that gave away its position."

"She (referring to his wife) thought it’s a jumping spider and took a closer look."

In the comments section, the frog has been identified as a greenhouse frog by a commenter, Ivan Kwan.

A few guesses initially said the frog was probably those commonly found at aquariums that typically sell frogs and worms as live fish food.

However, the greenhouse frog is an invasive species originally from Cuba and the Caribbean that has been accidentally transported all over the world, establishing feral populations in the United States, Hawaii, Guam, the Philippines and Hong Kong.

Its small size and cryptic colour pattern enable the greenhouse frog to be transported undetected with plants and landscape material.

This frog also appeared skinnier with longer limbs, hinting strongly it could be a tree frog, which is unlike those frogs found in aquariums.

It could have ended up in the Orchard shopping district as it was transported with plants and soil to the area.

The largest individuals are about only 3cm in length, while 0.5cm juvenile ones have been spotted in Singapore previously.