A staple of any birthday celebration these days appears to be large foil balloons — which was exactly what TikTok user Phoebe Liew's mother got for her birthday.

However, the celebrations were somewhat derailed when the balloons were seemingly pulled out of the house by a gust of wind.

Flew out the window

Finding the humour in the situation, Liew documented the rather unfortunate turn of events on her TiktTok account.

Screenshots of messages showed how Liew's mother had been surprised with birthday decorations at her office — including the aforementioned foil balloons.

They had been given to her by her colleagues.

After bringing them back from the office, security camera footage shows the balloons making an exit from the family home, moving slowly at first through the kitchen before flying out the window.

Despite two members of the family making chase, the balloons were gone with the wind.

TikTok users spot the balloons in the wild

Yet, after posting about the incident on TikTok, several commenters told Liew that they had seen the runaway balloons in the wild. 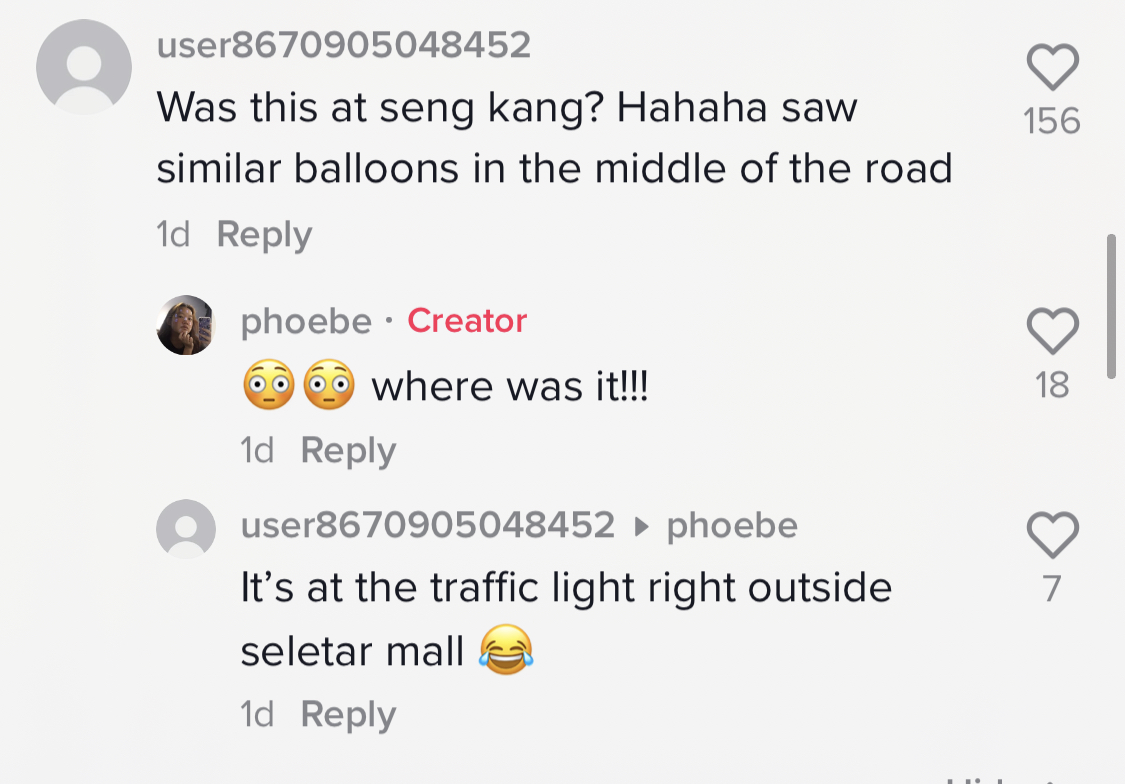 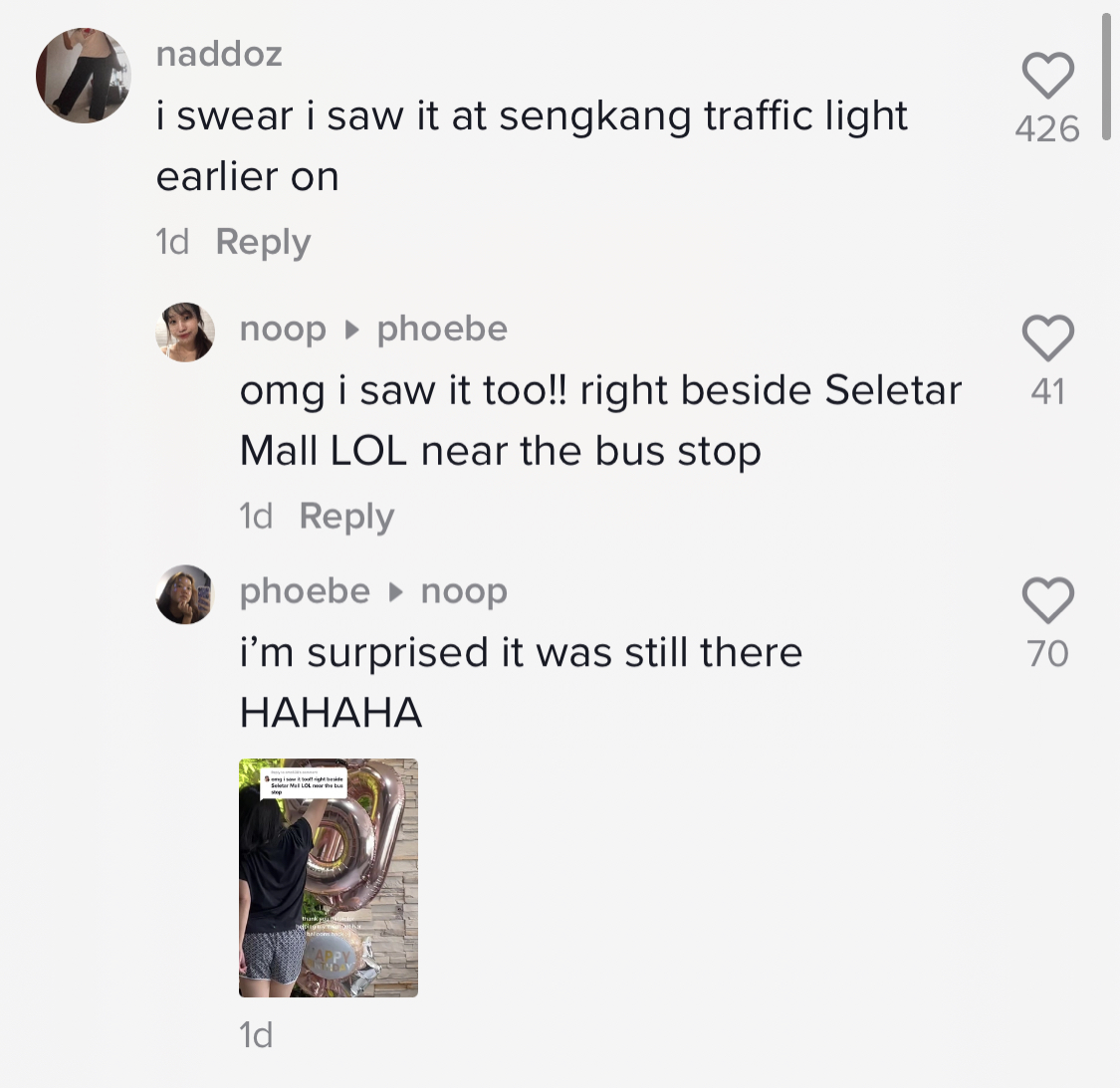 "Right beside Seletar Mall LOL," wrote one commenter. "Near the bus stop."

A subsequent TikTok video showed that when her father went to check, someone had kindly tied the balloons to a post.

"I'm surprised it was still there," wrote Liew in reply to the commenter.

Speaking to Mothership, Liew said that the balloons were found about a 10-minute walk away from the family house.