Each day Mohamad Fateha goes to the local secondary school where he works as a desktop engineer.

The job involves providing what he calls “first-level troubleshooting support for the whole school” — whenever teachers, staff, or students have a problem with their devices, Fateha is the man.

For some, this may sound mundane, but for the 33-year-old Singaporean each day at the office is a day where he’s living out his dreams and doing something he never thought he would.

“I know a few other people who work in the IT industry — they actually don’t like their job,” he said to me over a Zoom call.

Developing an interest in IT

Working in IT had always been an ambition of Fateha, going back to his days as a student.

Back then, Fateha remembers being largely disinterested in school, except when it came to a subject called Computer Applications.

“Of all the subjects I took in my N Levels, Computer Applications was the only one I got the top grades in.”

As the 33-year-old recalls, his aptitude for computers made sense, seeing as he spent large amounts of time playing with them; daily, from the time he returned from school till turning in for the night.

Fateha even built his own gaming PC as a 16-year-old; “that time we were using Intel Pentium 3, and Windows XP,” he said with a chuckle.

However, when it came time to decide what he would do after his N Levels, it wasn’t IT that Fateha pursued.

Despite his passion for the subject, the impressionable youth found himself cajoled out of following his interest by friends and peers.

“They told me, ‘No need to take this IT stuff lah. Not nice, not good.’ Something like that.”

Instead, Fateha followed his friends to apply for precision engineering with a specialisation in the aerospace industry in ITE.

“We all applied together, but in the end, I’m the only one who got in,” said Fateha, who today manages to find humour in the predicament.

“I knew I shouldn’t have taken that course because I really wasn’t interested in it… I regretted.”

The next two years proved trying.

As much as he pushed himself, Fateha just couldn’t seem to get a good grasp of precision engineering.

He would go on to graduate with a grade point average of two.

Starting his career as a security officer

After finishing national service, Fateha set about looking for jobs related to his field of study but found opportunities few and far between.

Eventually, disheartened by the lack of interviews he was getting called back for, he decided to look elsewhere. 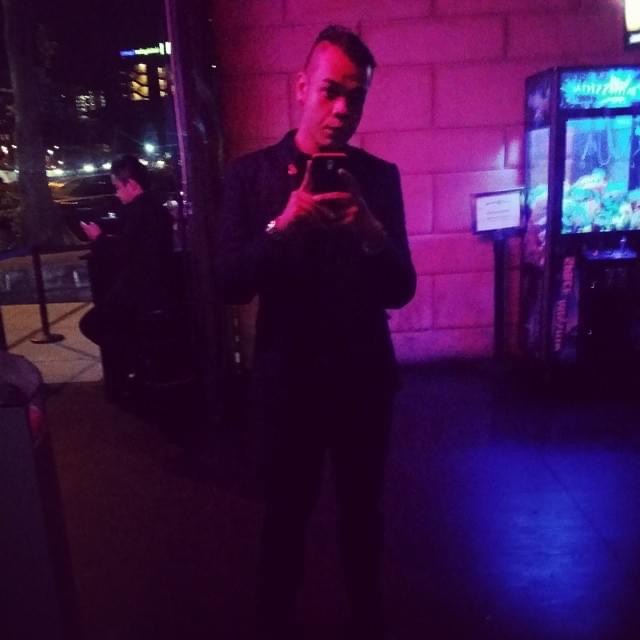 At the time, Singapore was just getting started at hosting the Formula One Grand Prix and all sorts of jobs were needed to facilitate its smooth running.

“They were looking for security officers,” said Fateha.

“So, I went to apply and they sponsored me to attend a course to get a security licence.”

That training would kick start a career in security that saw Fateha occupied for the good part of the next ten years, working mostly for nightclubs and bars.

And while he may not exactly have had a passion for security, Fateha quite enjoyed it.

It was hard to imagine the warm and jovial man I was talking to tossing unruly patrons out of the dance floor and into the streets and Fateha was quick to confirm that he dealt with such situations “ethically”.

“We just try to cool down the situation, and if they have things to settle, I will tell them to go outside and settle it.”

“Most of the time, we won’t let them back in!” he chuckled.

Losing employment in the midst of a crisis

Yet, come 2020, the Covid-19 pandemic had cruelly exposed just how ephemeral working in the nightclub industry can be.

On Mar. 26, 2020, at 11:59pm, a week before Singapore entered its circuit breaker, the doors to all nightlife establishments were shut.

Now without a steady means of income, Fateha took to working as a food delivery rider. At the same time, he was now more acutely aware of the need to upskill himself and find a career in an industry that was somewhat crisis-proof.

He started looking into the SGUnited Skills programme, an initiative by the government that rolled out during the pandemic to support up to 100,000 job seekers.

Courses that fall under the programme are heavily subsidised and offer trainees a monthly allowance while they undergo training over six to 12 months.

Looking up the list of courses available, Fateha’s mind landed back to his days as a student, when he dreamed of working in IT.

“I saw this as my chance to continue my studies, get back to IT, and make a stable career for myself.”

Going back to study after 14 years

He sent queries to a few of the institutions offering IT courses, and within 30 minutes heard back from Lithan Academy.

“They cleared up all the queries that I had about their school, and they gave me the feeling that I was not too old to learn and to go on a learning journey.”

One of his questions pertained to Lithan’s recognition in Singapore; Fateha had never heard of the institution.

“They said if I’m worried it is not recognised, they will prove it by getting their talent specialists to help me to get a job after I complete the courses,” he recalled.

Soon enough, Fateha found himself going back to school at age 32 — enrolled to sit for an Advanced Certificate in IT Service (Infrastructure Support) — a good 14 years after he’d last done any formal education.

Yet, Fateha wasn’t nervous despite the long break from studying.

“I spent a lot of time on my computer,” he explained.

“And when I’m doing that, I’m not just watching videos. Sometimes I’m reading up about cybersecurity, about physics, about a lot of subjects that I can find on the internet. So in a way I never stopped learning.”

Classes at Lithan were entirely conducted online and involved a combination of self-paced e-learning, instructor-led classes, and one-on-one mentoring with an industry practitioner; the flexible set-up suited Fateha.

Lessons tended to focus on practical applications rather than theoretical discussions, an approach that has paid off in Fateha’s current job — “almost everything I learned at Lithan, I apply it today.”

When I asked him what he enjoyed the most about studying at Lithan Academy, Fateha didn’t hesitate.

“I like the instructors and mentors, they’re actually very fun. Some of my previous teachers were old and not fun. But for the Lithan instructors, they are old, but they are actually fun,” he said in typical jesting fashion.

“If you want to talk casually as well, they don’t mind. So I felt very comfortable with them.” Once the six-month course wrapped up, it was time for Lithan to make good on their earlier promise.

Fateha was assigned a talent specialist, named Taniel Chew, who coached him on how to write a resume and present himself at interviews.

“I don’t know what to say about this guy (Chew). As long as I didn’t get a job, he would keep calling me and sending my resumes to companies.”

The process of finding a job wasn’t entirely smooth.

As Chew explained, despite being short-listed for a number of positions, Fateha didn’t make it past the interview stage.

Sensing that Fateha was getting dejected, Chew called him for a heart-to-heart talk.

The pair decided that there were aspects of Fateha’s manner that may come across as off-putting during the often-formal setting of a job interview, and worked to rectify them.

Years of working as a security officer may have conditioned Fateha to speak in quite a fierce tone, reasoned Chew, and so they practised presenting the much friendlier side of his personality.

It wasn’t long before the coaching paid off, and Fateha was offered the job of desktop engineer.

Today, Fateha sees work as a pleasure and a blessing.

He prefers the days that are busy, where the tasks come one after the other.

“During the September school holidays, it was really really boring.”

More than that, I can’t help but feel that Fateha is revelling in finally having a dependable source of income that stems out of something he is passionate about.

“After my NS, getting a stable career was so hard that I forced myself to go into the security industry. So now that I have a stable career, it’s very shocking,” he reflected.

To find out more about Lithan Academy, register your interest here.