Twenty years ago, Singapore played host to what was apparently the world's first ever fried rice competition.

Some 40,000 people turned up at Downtown East in July 2001 to either cook up a storm or spectate for the competition's Grand Final.

The event was hosted by fried rice restaurant Chen Fu Ji, and included a "student" category, with participants from various Singapore schools.

A YouTube video posted by Roger Koh, the owner of Chen Fu Ji, claimed that chefs from all over the world travelled down to join the competition.

Chen Fu Ji shared that it took around three months for the competition in 2001 to progress to the final stage.

Here are some of their finished products, all beautifully plated.

Which were then reviewed by a panel of judges.

And this was the winning plate of fried rice. 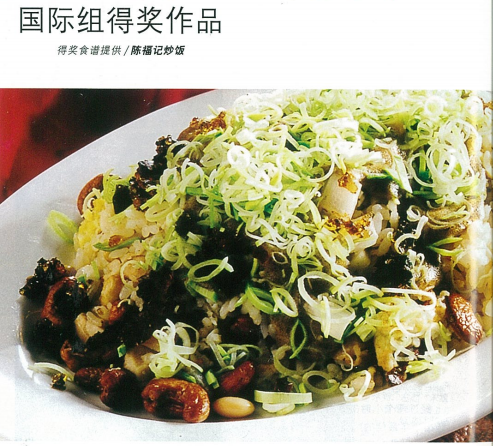 These nostalgic photos from two decades ago were shared by Chen Fu Ji in a Facebook post on Oct. 17.

The restaurant added that the creations from the competition have "helped to raise the standard of fried rice in Singapore", and hoped its post would jolt some fond memories of the event.

It is also searching for anyone who had attended or was part of the competition, urging them to come forward so the restaurant can "show [their] appreciation".

With a free plate of fried rice, perhaps?

Chen Fu Ji has been around since the 1950s, its humble origins a small shop in Chinatown.

It became famous for its Gold Plated Fried Rice, which costs S$25, according to AsiaOne.

Chen Fu Ji reportedly closed its Riverside Point outlet in 2016, the last of its 10 outlets, all of which has shut down due to what Koh had cited as high rental and declining business.

However, it seems that Chen Fu Ji has made a comeback, with an outlet at 279 Jalan Besar, under a new name called "The Ultimate Fried Rice".