All Government agencies will accept the Digital Identity Card (IC) on the Singpass app from Nov. 1, as an alternative means of proving a person's identity for in-person agency services.

This means that users will no longer need to bring their physical IC when making most transactions with the Government and other private service providers, said the Smart Nation and Digital Government Office (SNDGO) and Government Technology Agency (GovTech) on Oct. 28.

Can be used at polyclinics and public libraries

Individuals will be able to use their digital ICs at Government counters, polyclinics, and public libraries, elaborated SNDGO and GovTech.

According to The Straits Times (ST), digital ICs can be used for various purposes, including patient registration, booking appointments at public clinics, borrowing books from public libraries, and collecting passports.

They can even be used for booking of HDB flats, and the picking up of keys.

Exceptions to the rule

However, there will be some exceptions to the rule.

SNDGO and GovTech said that in instances where the legislation still requires a physical identity document to be shown, physical ICs will still need to be presented.

It added: "We are working on amending the legislation to formalise the use of Digital IC for these exceptions."

Here's the full list of services which still require physical ICs for reference:

For easy user access, the digital IC will be displayed prominently on the Singpass homepage, shared SNDGO and GovTech. One needs only to update the Singpass app to the latest version to enjoy the improved features.

The agencies emphasised that security measures have also been put in place to protect users' identity, as the digital IC serves as an official identification document.

These include featuring the user's latest photograph as provided to the Government, accompanied by an animated and holographic lion crest to prevent image tampering and screenshot spoofing, and the masking of users’ NRIC numbers or FIN by default.

User authentication is also required to view the full details of an individual's Digital IC, either via fingerprint, face scan, or a six-digit passcode. 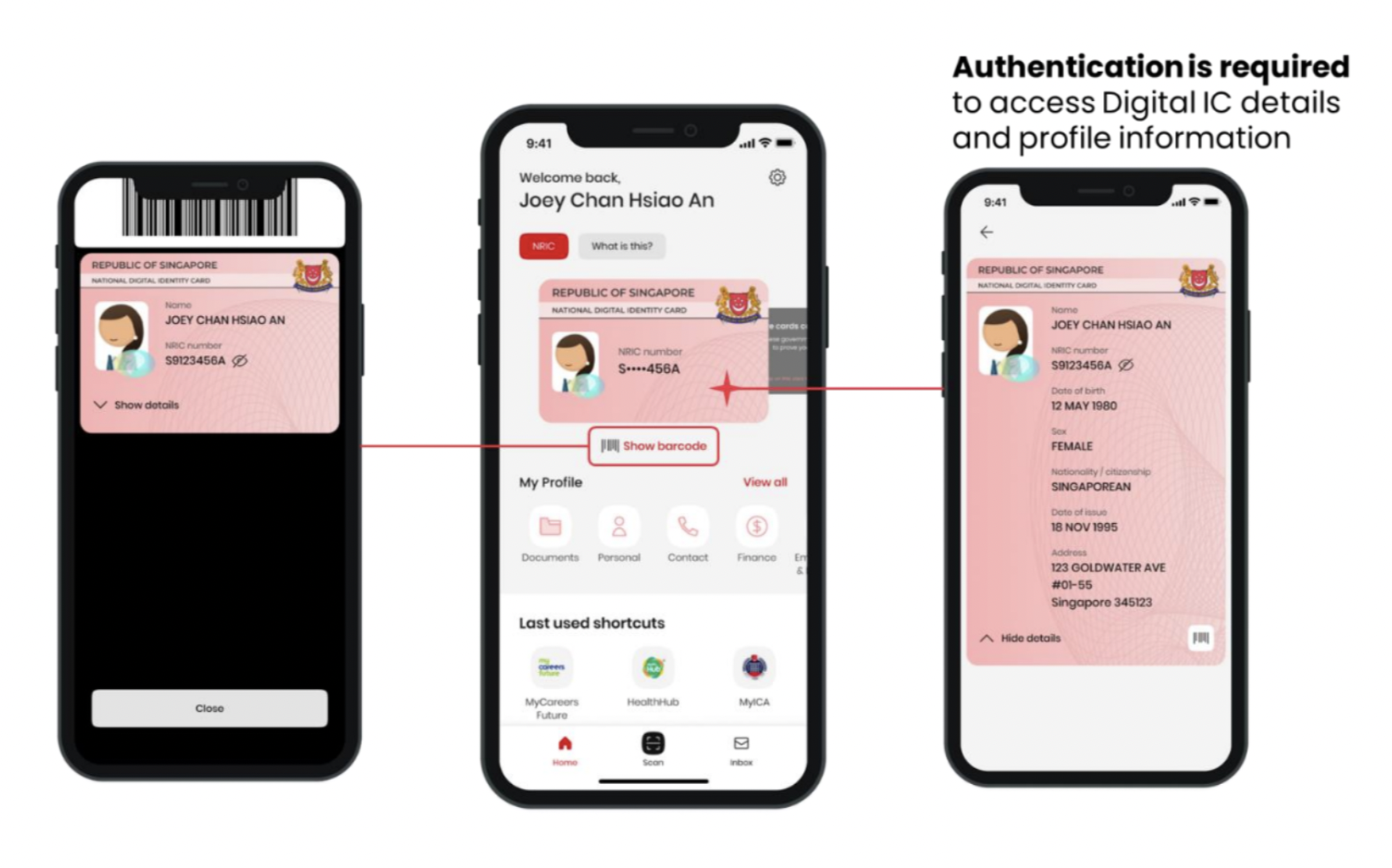 Top images via SNDGO and GovTech