Chinatown Food Street along Smith Street has closed down after 20 years, The Straits Times reported on Oct. 26. 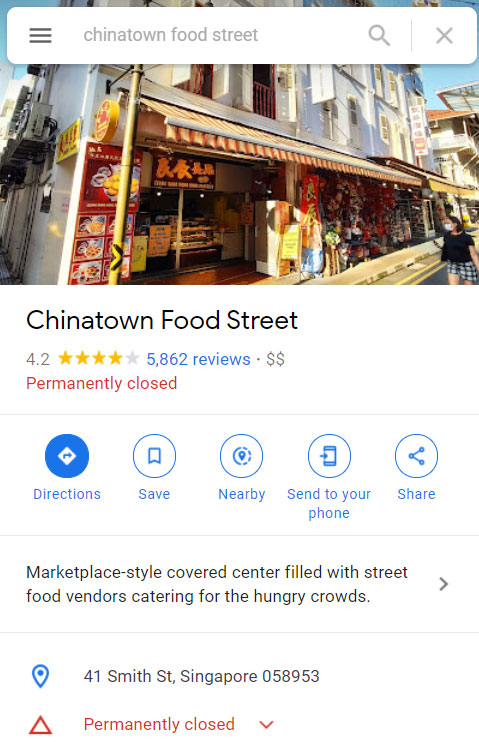 The stretch of hawker stalls went out of business without fanfare, with its last day on Friday, Oct. 22.

Two stalls were left standing at that point, ST reported.

In its pre-pandemic heyday, the street was frequented by locals and tourists who showed up in droves to indulge in all-time favourite hawker fare, such as minced meat noodles, fried oyster, zi char, satay and BBQ seafood.

In the past two years after Covid-19 struck, different types of promotions and cuisines were introduced to draw back the crowds and increase footfall.

But the new promotions were not effective as the crowds did not materialise. 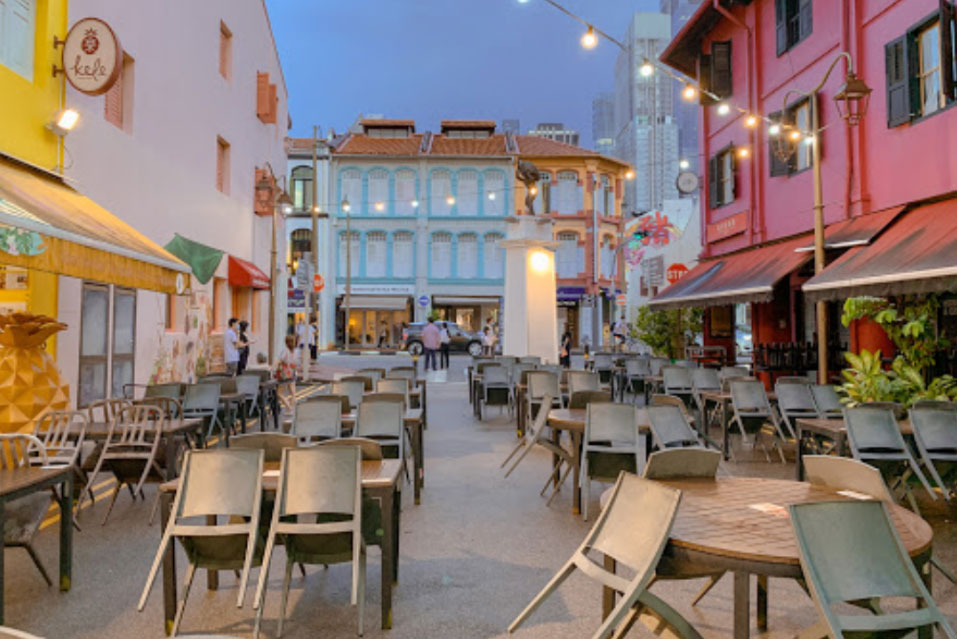 Select Group, which operated the venue since 2014 until its closure, told ST the operations could not survive.

Tenants were not paying rent and there were no locals and tourists to patronise the food stalls, Select Group said.

ST reported that the Singapore Tourism Board said it had provided support measures, such as rental waivers and financial support for marketing efforts after working closely with Select Group.

Chinatown Food Street opened in 2001 as part of the plan to redevelop Chinatown.

The 100m stretch of Smith Street was closed off to vehicular traffic and was popular for several years initially.

But after the crowds dwindled, it closed in 2013 for a S$4 million face-lift, that saw a sheltered roof built over the street to allow dining-in at the venue regardless of weather.

In early 2014, the venue reopened with 24 stalls with Select Group as the new operator.

All photos via Google Maps