Chen Qiushi is a citizen journalist and former human rights lawyer who went to Wuhan, China, two years ago to document the situation soon after an outbreak of Covid-19 cases was reported there.

He did so despite knowing that he had already attracted the attention of authorities, who had shut down his WeChat account and banned him from leaving the country, after he reported on the Hong Kong protests in 2019.

Resurfaced after around 601 days

But after saying on Twitter that he would go check out the situation at some makeshift "square cabin" hospitals, in response to a claim that the hospitals lacked medical facilities and other basic supplies, Chen disappeared from public view.

His Twitter reply on Feb. 5, 2020, was his last online activity before he dropped off the radar.

A day after, his mother took over his Twitter account, and asked social media users to look for him.

She also started to post daily pleas for Chen to return to his family, which went on for 601 days before Chen finally reappeared on a YouTube livestream on Friday night, Sep. 30.

We are still waiting for Chen Qiushi's return. Until he reappears, we will keep on counting the days.

Chen Qiushi has been out of contact for 601 days after covering coronavirus in Wuhan. Please remember him!#findQiushi https://t.co/hEPjFxoBou

The livestream was hosted by his friend, controversial MMA fighter Xu Xiaodong, who claimed after Chen went missing, that he was "forcibly quarantined" at an unknown location, and that he was uncontactable.

Kickboxing helped him with depression

Despite being a seasoned vlogger before he disappeared, Chen said in the livestream that he felt "distant" from speaking in front of a camera as it has been a long time since he last did that.

While the 35-year-old did not reveal much about what happened to him in the past almost two years, some clues could be gleaned from his words.

Sounding a lot more reserved than his previous videos before he was locked up, Chen said that when he was able to "move by himself initially", his body condition was "really bad", and that he felt extremely weak after walking just one to two kilometres.

He added that while he first tried out weightlifting, he felt that it was too "boring" for him, which led him to switch to kickboxing. Saying that it was a sport that he "fell in love" with, he said he is now training with Xu after moving to Beijing.

He also said the sport has not only helped strengthen him physically, but also to recover mentally.

"I think kickboxing has really saved me, as I was kinda depressed for a while," he said.

Chen added that he plans to train seriously for the next few months, and focus on promoting the sport. 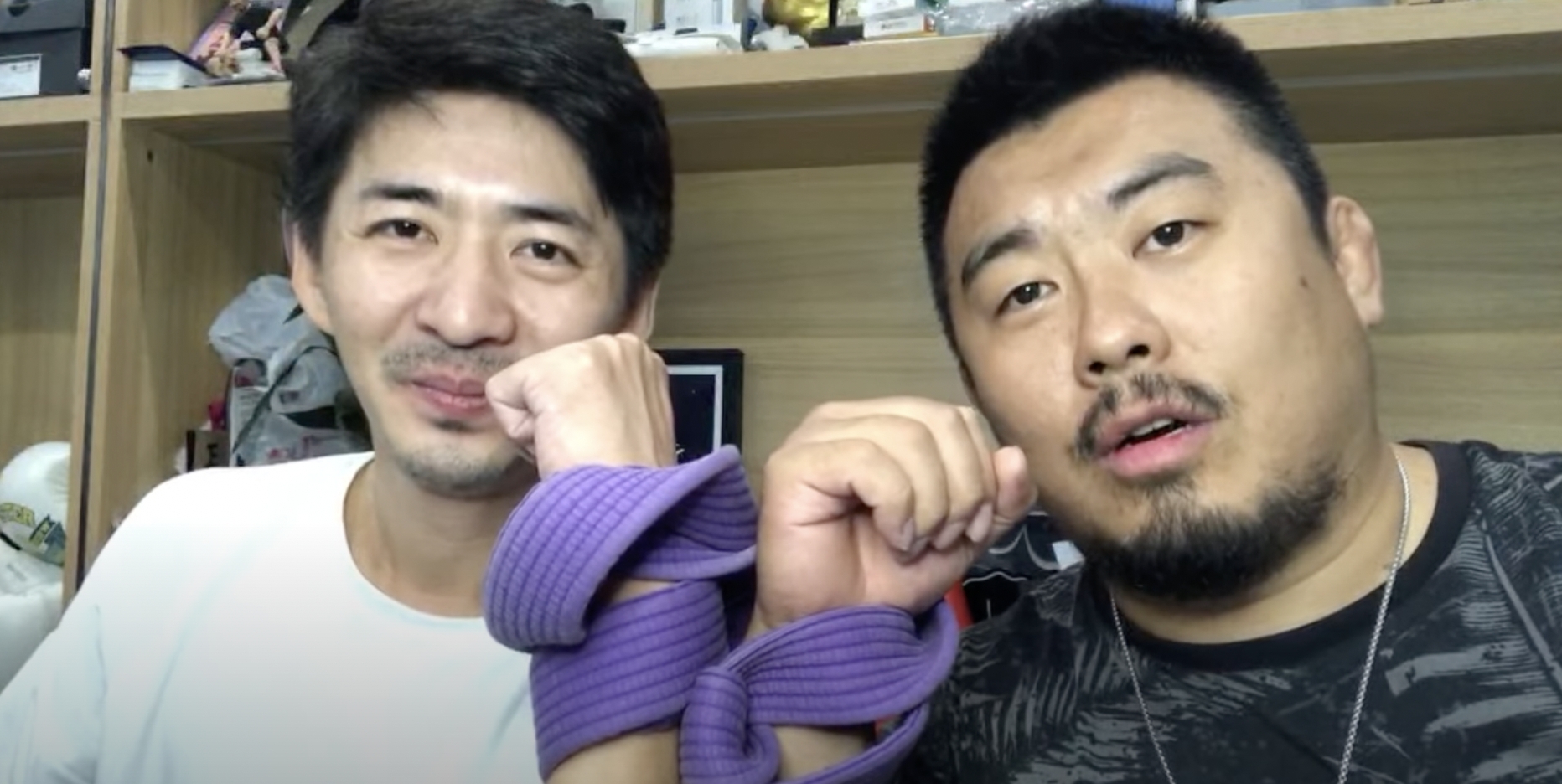 Lastly, he wished everyone good health, and appeared to strike an optimistic tone as well, saying, "What's in the past will remain in the past, and good days are ahead. Let's work hard together."

Many commenters expressed their joy and relief at seeing Chen alive and well, with some even saying they felt so touched at the good news that they cried.

Some also pointed out that Chen had appeared much thinner than before.

Experienced much, but can't reveal everything

In a letter he later posted on Twitter, when announcing his plans to hold a boxing match for charity on Dec. 31, Chen said the sport had "saved him" during the darkest time in his life.

"In the past one year and eight months, I've went through many things, some can be said, some can't be said, I believe that y'all understand," he said.

In addition, he revealed that his Douyin (Chinese TikTok) account has been shut down.

A quick search for the user on the app doesn't turn up any results.

It was reported in September last year that Chen was allowed to live at his parent's house in the city of Qingdao in Shandong province, after authorities decided not to prosecute him.

However, he was allegedly under tight surveillance, was not allowed to use the Internet, or to contact anyone.

In March this year, Xu revealed on YouTube that he saw a video of Chen, and said that under the care of his parents, Chen's spirits have recovered, and that he was in good health.

He has also vowed to never get married, have kids, buy a house, or to save money as he does not want to have any "soft spots" that people or organisations who "hate him" can make use of.