The Online Citizen (TOC), a platform that writes about politics in Singapore, had its website license suspended earlier in the week on Sep. 14, by the Infocomm Media Development Authority (IMDA).

Now, the website, along with its accompanying social media pages on Facebook and Twitter, have been disabled, ahead of a Sep. 16, 3pm deadline set by the authority. 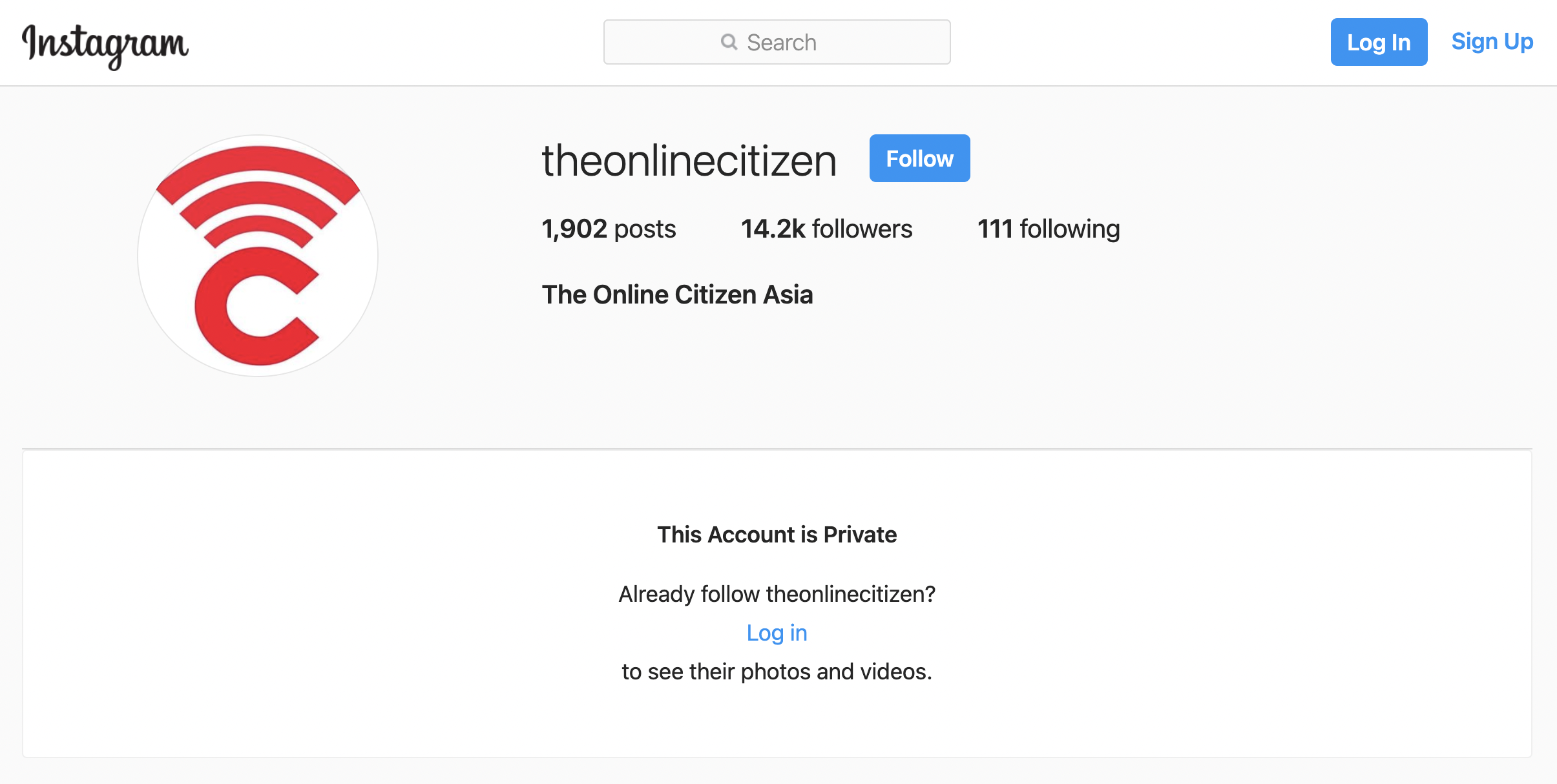 IMDA said it was suspending TOC's license due to its non-compliance with its legal obligation to be transparent about its sources of funding as a registered Internet Content Provider.

The suspension applied to TOC's website (www.theonlinecitizen.com), as well as its social media accounts on platforms such as Facebook and Twitter, and was effective from Sep. 14, 2021 — the date it was announced.

The suspension meant that TOC was required to stop posting any more articles on its websites and its social media channels and accounts, and was also required to disable them by 3pm on Sep. 16.

And if TOC fails to comply, IMDA said it "may take steps to restrict access to these services".

It is also a criminal offence for TOC to continue operating these services and its officers may also be held liable, said IMDA.

As of now, TOC's license has been suspended, but has not been cancelled.

An IMDA spokesperson said on Sep. 14 that TOC has two weeks to submit information to meet its legal obligation.

Should TOC not come into full compliance within these two weeks, IMDA may cancel its license entirely.

He said in a post on Sep. 15 on his personal Facebook page that TOC had already provided evidence to justify its subscription revenue — an issue which IMDA raised, due to concerns over potential foreign influence through certain elements of TOC's subscription framework.

Xu also questioned IMDA's jurisdiction over TOC's social media platforms, pointing out that TOC was only required to register its website upon being notified by IMDA in 2018, and saying that he would be "filing a judicial review" on the matter.