It’s 4:02pm and I’m running late for an interview with the owner of Spize.

In the totally unfamiliar territory that is Temasek Club at Rifle Range road, I struggle to make my way to that very institution that fed so many drunk/half-drunk/hungry young adults after hours grinding on the dancefloor.

Well to be fair, that outlet was located in River Valley -- the place where brothers Anil and Haresh Sabnani built a name for themselves.

It was also the outlet where a mass poisoning incident occurred in November 2018, which killed a man and made more than 60 people sick.

The home-grown restaurant and its events arm -- Spize Events -- were convicted of 14 offences, including possession of food unfit for human consumption, and fined S$32,000.

A civil suit is still ongoing. And that’s one of the reasons why, according to Haresh Sabnani, that his older brother, Anil, initially didn’t want to do this interview.

But the younger brother wanted to face it head-on and “put it behind us”.

So here we are, face-to-face with the 46-year-old. 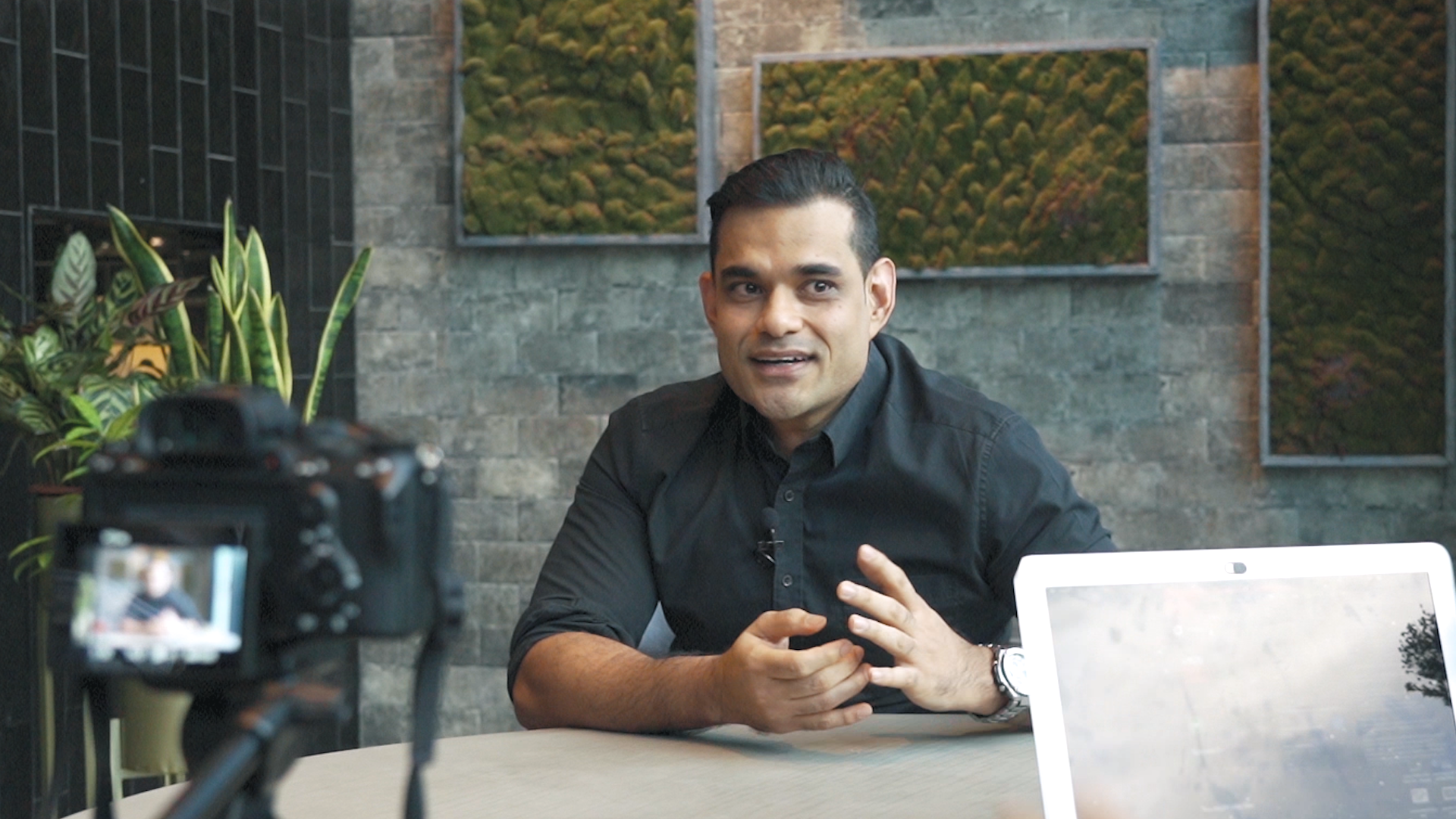 There were plenty of highs, especially in the beginning.

Anil was managing Spize Cafe at Shaw Towers in 1997 and two years later, a second outlet called Spize Bistro at Keypoint Building. Haresh on the other hand was manning a Roti John joint in Simpang Bedok in 2001.

A popularity that stemmed from a TV programme called Selamat Pagi Singapura, which crowned Haresh’s Roti John as the best in Singapore, giving Singaporeans a taste of what was to come. 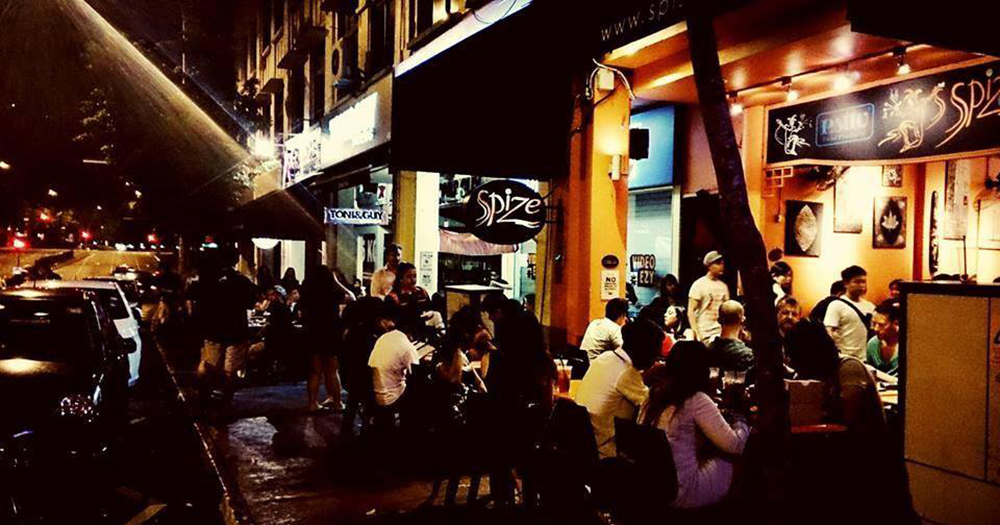 The year was 2003 and a chance encounter while strolling down River Valley Road presented the brothers the opportunity of turning their fledgling F&B business into a household name.

Not just an institution for clubbers of a certain vintage, the River Valley outlet also paved the way for bigger things: an events team and in 2015, the swanky Temasek Club outlet, located in the middle of the Bukit Timah forest.

Everything was smooth sailing. Until the November 2018 food poisoning incident at Spize River Valley.

“We acknowledge we made a mistake.”

This much Haresh would admit, his voice steady and demeanour calm.

On November 6, 2018, food contaminated with salmonella was supplied by Spize and delivered in 88 bento sets to security firm Brink, which Mohamad Fadli was deployed to, for a Deepavali celebration.

Strains of salmonella were found on the ready-to-eat bento sets, raw food items and commonly touched surfaces such as a door handle leading to a cold room and the cold room rack.

Seven of the 34 food handlers were not registered with the National Environment Agency (NEA), which meant they had not attended the basic food hygiene course.

Faecal matter was also detected in some belacan egg fried rice as well as on kitchen tools such as a chopping board and a knife.

Interestingly, Haresh reveals that the authorities inspected the River Valley outlet a month before the incident and its standards were deemed acceptable then.

Surely, it must be complacency then, I ask.

“Complacency is due to fatigue. When you are in F&B, there’s a lot of fatigue. So with fatigue comes complacency.”

When the reports first filtered through, the brothers were at a loss of what to do.

“It was very reactionary. We really had no clue what to do and how to handle this. I mean, we made wrong decisions... But ultimately, we just had to go with what the authorities wanted from us, you know, and then make the best of the situation.”

The fallout was swift and their world came crashing down; Spize was in survival mode and the brothers even toyed with the idea of selling the business.

“We were looking into it. But then my brother and I sat down and realised, ‘Okay, Let's fight this.’ Let's continue for six months, to a year and then we see,” he explains.

Perhaps unknown to the public, Haresh shares that trouble was already brewing and that the food poisoning incident was just the proverbial nail in the coffin for the River Valley outlet.

If you frequented the River Valley branch back in the 2000s, more often than not, you would find yourself sipping teh tariks and satiating that post-clubbing hunger with pratas by the roadside.

Having tables along the main road was a must for that outlet, given its high overheads. But that was actually illegal.

“The tables that we were putting outside -- those were not allowed. So, ultimately, we knew that that location, eventually we had to restructure or give it up. Because the overheads for that outlet were very high. And if we were not allowed to put the tables outside, it didn't make any sense,” he explains.

He takes a sip of his coffee, a wry smile shows and recounts a meeting he and his brother had with the authorities such as SFA, LTA and SCDF due to “too many complaints'' about the River Valley outlet causing traffic jams, being a fire hazard, and noise pollution.

“There were so many eateries but they came for us. So we already had a huge target on our backs,” he says.

“So, ultimately, we knew that that location, eventually we had to restructure or give it up,” he concludes.

Finding out what one is made of

The subsequent closure of the River Valley outlet would rock anyone, even a seasoned chef like Haresh, who had the rare opportunity to know what he’s really good at commanding a kitchen at the age of 18. Yes, it’s tough even with those years under his belt as it affected family and not just dollars and cents.

“We spent a lot of effort building up. And we had a lot of very good memories of the outlet. But, you know, life goes on.”

He adds: “You really discover yourself, you really find out who you really are, when you're really at the bottom.”

The brothers decided to stay the course and asked for feedback from their regulars following the food poisoning incident.

Perhaps it’s still premature to say that they are back. But at least revenue is up.

Haresh tells me that before the recent lockdown, they were back where they were and “in a very comfortable position” and explains that they lose S$150,000 a month every time there’s a lockdown.

“Each month that we lockdown -- when there’s a lockdown -- we actually lose S$150,000. So, the past two years, negative half a million, even with the subsidies and all that rental rebates. This is the reality of it.”

That said, as much as possible, they have to take care of the remaining staff on their books. Prior to the pandemic, Spize and its events arm had around 150 employees. Today, with the events side adversely affected by Covid-19, they have around 80.

“We know that our staff are still depending on us… Whatever money we have, we have given it to them instead of our suppliers. So now suppliers are starting to chase us for payments. But we need to make sure that we take care of our staff.”

The business philosophy -- “if one doesn’t have the intention to succeed, then one naturally fails.”

Besides sending managers for leadership training, Haresh shares with me the company’s secret sauce (pun fully intended) in leadership: “enrolling” staff into whatever idea the management has.

“For example, if you want the waitress or the waiter to upsell certain items, (if) you just tell them to do it, it won't work. So you enrol them into the idea, to the point where they get excited about doing it.” Having employees buying into his ideas sounds easier said than done but for Haresh, he believes it’s all about having the intention, which he thinks is a strong and powerful word.

According to him, if one doesn’t have the intention to succeed, then one naturally fails. “Whatever happens around you happened, because you had the intention for it to happen,” he said with the intention that only bosses possess.

Perhaps it’s driven by his hunger for more; he doesn’t put success on the pedestal.

What’s next for Spize is probably to venture further into something called destination dining, which the outlet at Temasek Club is modelled after.

He readily admits that people come here for the environment. Surrounded by greenery and slightly hard to reach (read: exclusivity), customers surely must have the intention to dine there.

But for now, the plan is to be more nimble and it’s hard to stay nimble with another physical outlet (especially with all the overheads).

Spize partnered with a wedding company as its food caterer and prior to Covid-19, business was doing so well, he uses “fantastic” twice.

At 46, he thinks he doesn’t have much time left. He tells me that in the past three years, two of his friends had passed away, leaving behind young kids, and he wonders how long can he go on for.

So what’s the exit strategy, I ask.

Conventionally, since Spize is a family business, one would think that the brothers would pass it to the next generation. But that’s not what they want for their children.

After all, the F&B life is a tough one.

The ideal exit plan is to build it to a certain size and then look to sell.

Since Spize is nearly synonymous with River Valley, would the brothers revisit it and build it up again.

The answer is swift, “No way.”

“It’s like a woman you fell in love with who left. So you remember the good times, you remember the bad times, but you've come to terms with the fact that you will never get back together again.”

Sounds exactly like a typical relationship with a certain club on Jiak Kim -- right before heading for supper at River Valley road.

Lessons on Leadership is a new Mothership series about the inspiring stories of Singapore’s business leaders and entrepreneurs, as well as the lessons and values we can learn from their lived experiences.

Keep a lookout for our video interview with Haresh Sabnani.