This drop was revealed on Sep. 28 in the annual Population in Brief (PIB) publication that provides an update on Singapore's key population trends over the past year.

The PIB report complements the Singapore Census of Population 2020 released in mid-June, which provided an overview of the key population and household trends over 10 years from 2010 to 2020.

A graphical representation of the 4.1 per cent decline can be seen here: 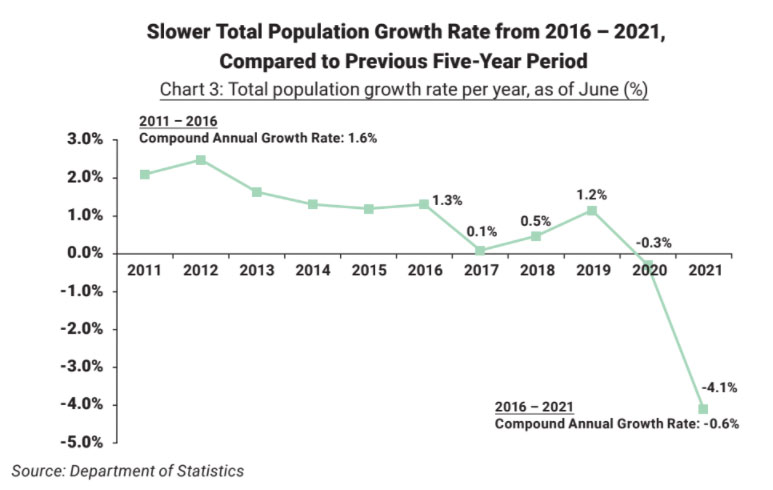 This was largely due to the decrease in the non-resident population.

For the decrease in Singapore citizen and permanent resident population, it was mainly because more of them remained overseas continuously for 12 months or more due to Covid-19 travel restrictions.

The decrease in the non-resident population was largely because of a decrease in foreign employment in Singapore from June 2020 to June 2021, due to travel restrictions and uncertain economic conditions.

The decrease was seen across all pass types, with the largest drop in work permit holders in the construction, marine shipyard, and process sectors.

Here are the numbers expressed graphically: 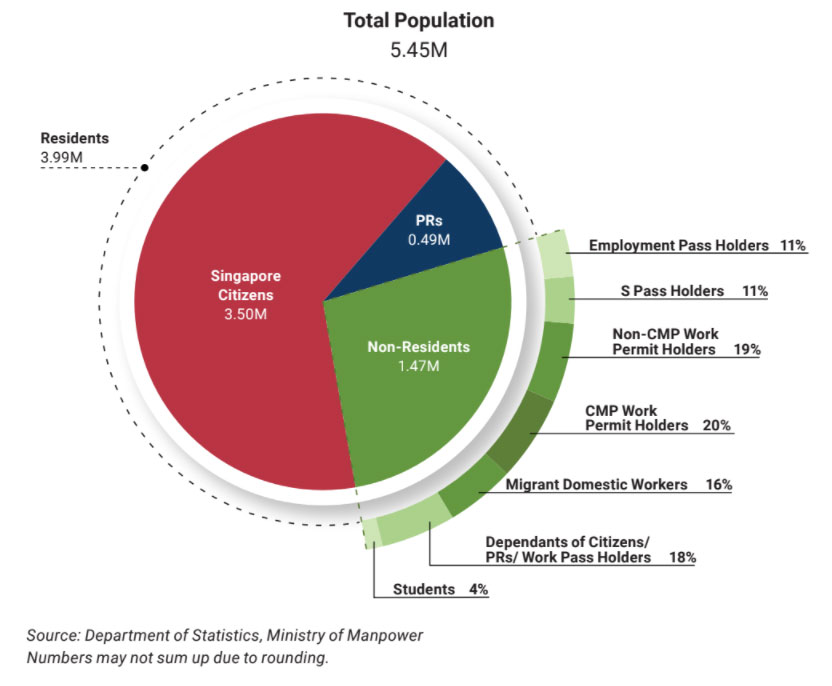 Data on total population has been collected since 1950.

Although it is not the first time that total population numbers have fallen, a 4.1 per cent decline is by far the largest on record.

On the other hand, data on Singapore citizen and resident population has been collected since 1970.

This is the first year-on-year decrease in both the Singapore citizen and resident populations since 1970 when the numbers were first noted.

Travel restrictions during the pandemic was the main factor affecting the size of the Singapore citizen and permanent resident population in 2021, as more of them were staying overseas continuously for 12 months or more, who were not counted as part of the resident population.

There were also fewer approvals granted for new citizens and new permanent residents in 2020, which was likely to be due to travel restrictions and operational limitations arising from Covid-19.

For example, safe management measures resulted in limited slots to complete the final steps for permanent residency and citizenship registration, which must be done in-person.

As a result, some applicants who were approved in-principle had not completed all the required processes to be granted their permanent residency or citizenship by end-2020.

Besides the decline in overall numbers, the citizen population continued to age, with 17.6 per cent of citizens aged 65 and above compared with 16.8 per cent in June 2020.

This proportion is expected to increase to about 23.8 per cent in 2030

The number of citizens aged 80 and above has also almost doubled since 2011. 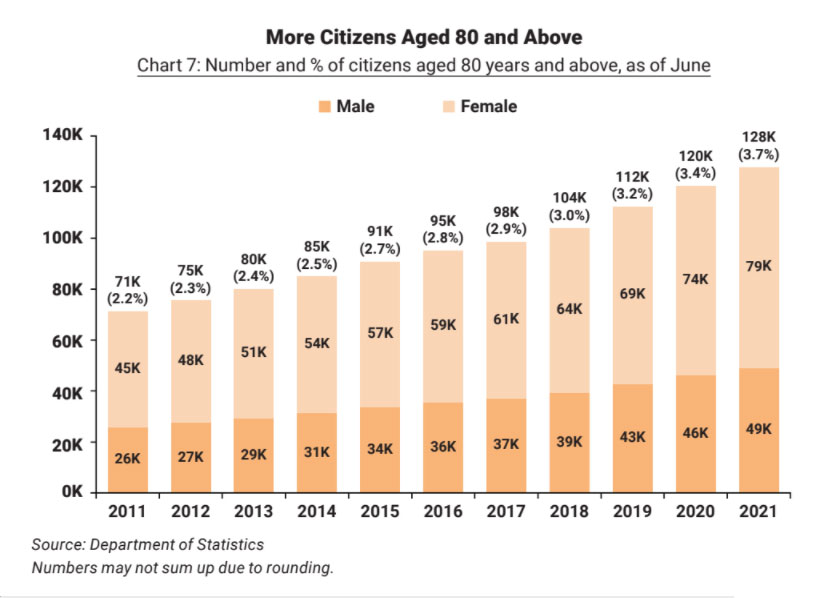 In 2020, there were 19,430 citizen marriages, which is significantly fewer than the previous year.

Immigration and citizens by descent

Singapore grants between 15,000 and 25,000 new citizenships annually, to those committed to making Singapore their home and who can integrate and contribute to the country.

New citizens either share family ties with Singaporeans, such as through marriage, or have studied, worked or lived here for some time.

Since the tightening of the immigration framework in late-2009, Singapore has accepted about 30,000 new permanent residents a year.

This keeps the permanent resident population size stable, and provides a pool of candidates who may be suitable for citizenship.

The majority of permanent residents are aged between 25 – 59 years.

Immigration helps to moderate the impact of ageing and low birth rates in the Singapore citizen population, the PIB said, and keeps it from shrinking over the longer term.

The pace of immigration will continue to be kept measured and stable.

The annual Population in Brief (PIB) publication by the National Population and Talent Division under the Prime Minister's Office, Singapore Department of Statistics, Ministry of Home Affairs, Immigration & Checkpoints Authority, and Ministry of Manpower.