Singaporeans are sleep-deprived, as they spend too much time on the internet, and work too much.

This was the latest finding according to a blog post by UK bedding manufacturer Sleepseeker, which found that the lack of zzz time stems from the duration people spend at work and on the Internet.

Based on the hours tabulated, the people in Singapore spend way too much time working. 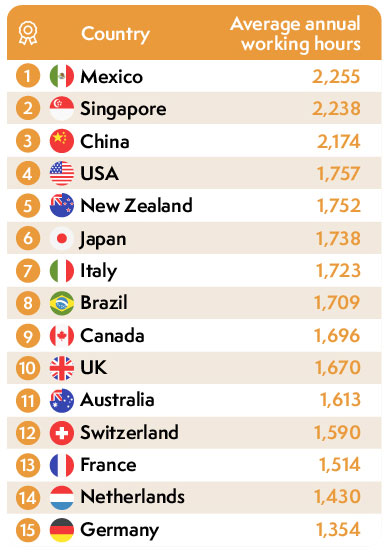 Singapore's number two position means it even beat China’s 2,174 hours and Japan’s 1,723 hours -- Asian powerhouses -- and puts it way ahead on the list of the world’s 15 most fatigued countries.

This result is a little suspect, but Singaporeans can take the dubious honour of suffering from work presenteeism.

Or simply being inefficient.

On average, people in Singapore spend more than 7 hours on the internet daily -- but not as much as Brazil, whose people clock about 9.5 hours per day. 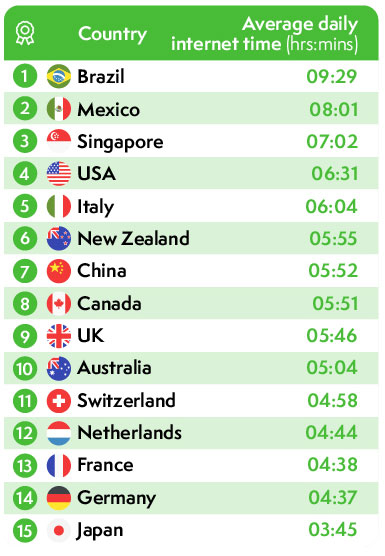 Putting all the data together, it turns out, Singapore is the winner of the most fatigued country in the world. 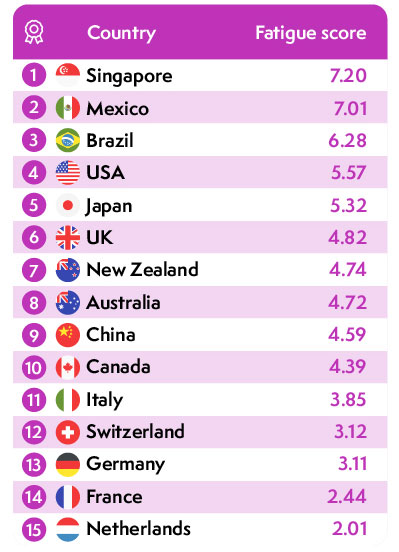 This is despite a country like Mexico appearing to be a more tiring place than Singapore as it is on the upsurge in terms of its development.

But other factors were considered when computing the final tally.

The “fatigue score”, out of 10, is computed based on several sources of data.

The fourth data source was the number of sleep-related search terms in each country (derived from Google Keyword Planner).

The numbers are based on the rate per 100,000 searches instead of each country's population.

This is because Google does not have much of a presence in China.