Singaporeans who have been living in a pandemic for almost two years might have managed to find some form of escape from the daily hustle and bustle without travelling overseas.

Many of us have discovered some gems without going to the nooks and crannies of this country as we become more willing to uncover what the “little red dot” has to offer. (Thanks to SingapoRediscover vouchers ¯\_(ツ)_/¯ )

Some places are definitely more than what we assume it to be. Chinatown, for instance. It’s not just a spot for tourists, contrary to what some of us might think.

But you don’t have to wait till the next Chinese New Year to immerse in such an atmosphere.

A good time to visit is around the corner—the Mid-Autumn Festival a.k.a. Mooncake Festival.

The origin of this festival can be traced back to more than 2,000 years ago to celebrate a bountiful autumn harvest.

It is believed that the very first Mid-Autumn festival was celebrated during the Song dynasty, derived from the worshipping of the moon.

There are many Chinese legends associated with this festival, such as the legend of Chang-E, the lady who lives on the moon.

Another tale suggests that a rabbit accompanies her.

Yet another story describes how the people inserted secret messages into mooncakes during a rebellion against the Mongols in the 14th century.

But there is more to the Mid-Autumn Festival.

2,000 years on, the festival is now being celebrated in close to 10 countries or regions in “same same but different” ways.

In modern days, the purpose of this festival is largely the same, and that is for family and friends to get together.

While we have mooncakes here, the Taiwanese typically celebrate the festival with an outdoor barbeque.

This is something unique in Taiwan and apparently started because of a soy sauce TV advertisement.

The Koreans call the festival “Chuseok”. This is one of their major festivals with three days of public holiday.

Today in Korea, families gather over a feast and make Songpyeon together. The Koreans will also buy gifts for their relatives, friends, and colleagues to express their appreciation during this festival.

In Japan, this day is called “Tsukimi”, where people will picnic with sake while viewing the full moon. They will also typically have rice dumplings called Tsukimi dango.

Closer to home in Southeast Asia, the Cambodians celebrate this occasion, locally known as the “Bon Om Touk” (Water and Moon Festival), with a boat race that lasts for two days.

On the other hand, the Vietnamese call the Mid-Autumn Festival "Tết Trung Thu". To them, this is an occasion to celebrate children, as they believe that innocent children have the closest connection to the natural world.

On this day, they will have lion dances performed by children groups or professionals, with cakes and fruits prepared not just for consumption but also for display.

These are just some examples of how the festival is being celebrated in different regions.

In Singapore, you will be spoilt for choice when it comes to mooncakes on this occasion, ranging from traditional mooncakes to the ones with snowskin or flaky crust.

Families and friends typically send mooncakes as gifts and enjoy this pastry with tea and pomelo.

September can be a little more interesting in Singapore with activities lined up for the Mid-Autumn Festival. 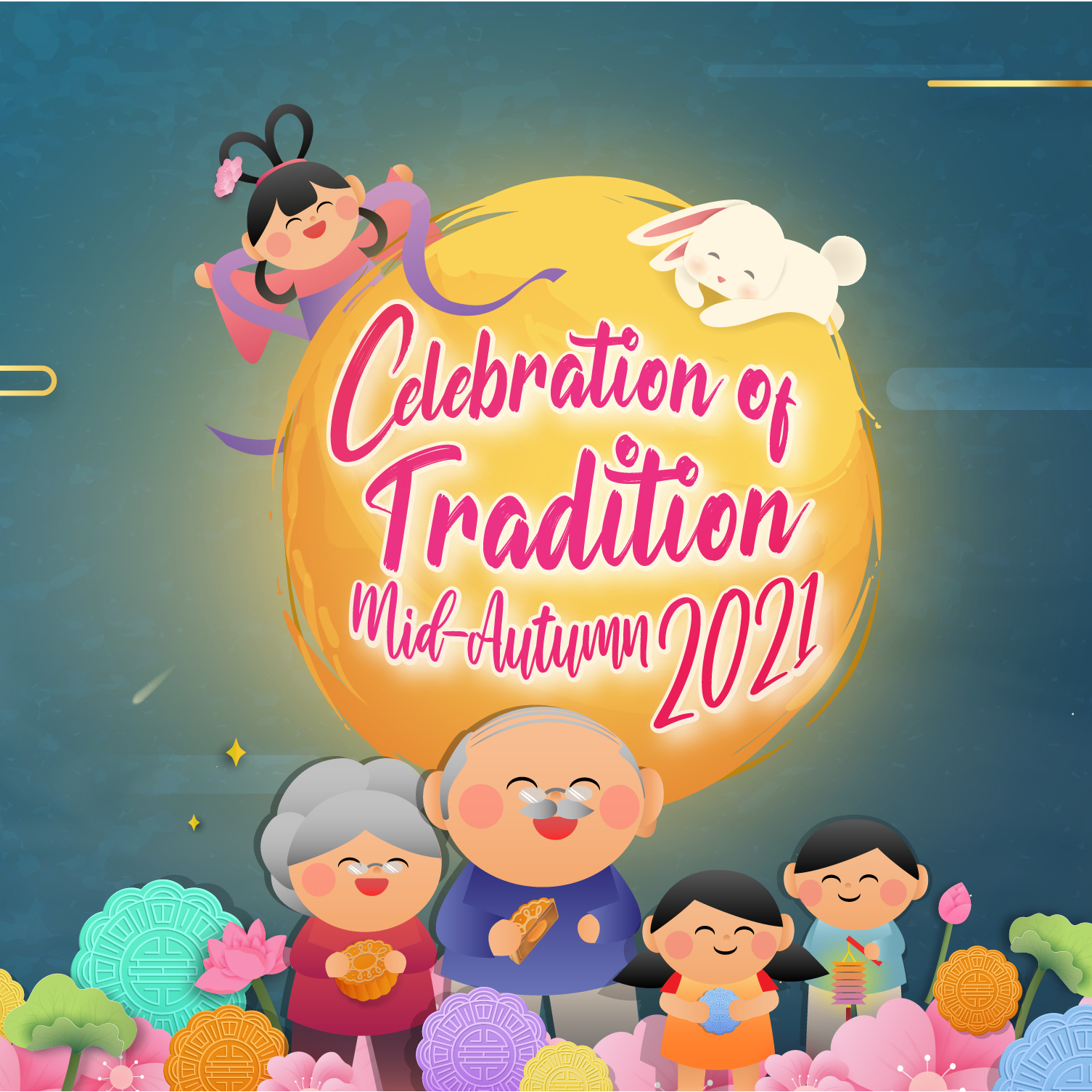 Street Light-up at Chinatown from Sep. 7

With “Family Reunion” as this year’s theme, the streets along New Bridge Road, Eu Tong Sen Street and South Bridge Road will be decorated with sculptured lanterns from Sep. 7 to Oct. 5.

The highlight is definitely a 12-metre tall Chang-E sculpture situated opposite Chinatown Point.

Besides the Chang-E sculpture, you can also look forward to 900 lantern pieces that are symbolic of the festival, designed after the jade rabbit, full moon, as well as pomelos and osmanthus along the streets of Chinatown.

The streets will light up from 7pm to 12am daily if you wish to enjoy a nice stroll down the street after dinner with your loved ones.

The light-up will last for a month so there is no need to rush and do remember to keep a safe distance from others while viewing the lanterns.

For those who prefer to stay at home, you can learn more about Chinatown with their 360 Virtual Tour and Heritage Trail.

You can navigate the streets of Chinatown virtually with your family and friends, and hear from volunteer guides as they share about the culture and heritage of this precinct.

For those who have taken a liking to cooking recently, this is for you.

Hung will guide participants through a step-by-step tutorial on how to make the mooncakes.

Afterwards, you will also learn more about the fine art of tea appreciation and five heritage tea blends from Kenry Peh, the third-generation owner of Pek Sin Choon, as well as their assistant general manager Yuen Eng Wah.

Pek Sin Choon is one of Singapore’s oldest tea merchants.

Watch the workshop for free, or join them as a participant on Zoom with Kele’s baking kit at S$14.90.

There are more interactive activities and giveaways planned for the Mid-Autumn Festival. Among these include an upcycling workshop to create your own mooncake boxes and a video series on lantern riddles.

You are what you eat, and the writer of this article sponsored by STB is looking more and more like the mooncake she loves to eat.

Top photo by Zheng Zhangxin and via Kele website