Most people don’t enter the workforce expecting to quit.

There’s a lot that goes into preparing for a career — years of education, numerous internships, and in some cases, a whole lot of networking — especially when it comes to a high-paying job.

And then when people finally start their career, it’s a whole new battlefield to navigate.

Sometimes the stresses and demands of a job can take a toll on one’s mental health, leading to mental exhaustion.

Some might soldier on, thinking that this is what working life should be. Others might think that the strain on their mental health is a worthwhile sacrifice for the salary that they receive.

But is it? We speak to three millennials who left high-flying jobs for the sake of their mental health.

From dragging herself to work to flying around the world 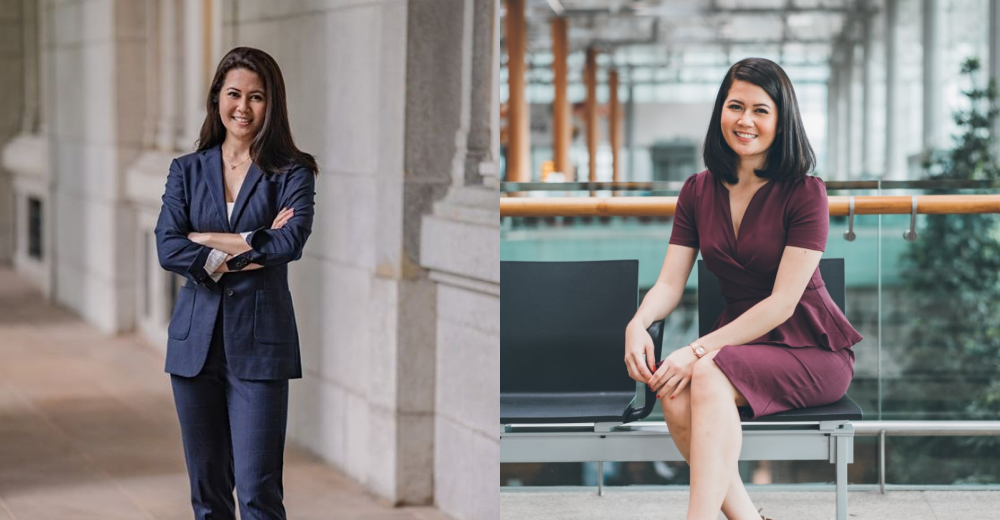 “Somedays, I just had to take a day off from work because I needed time to regroup (my feelings) before going back to the office,” Nur Aisyah Zainudin, 28, said to Mothership.

Having worked as an auditor for almost three years in one of the big four audit firms in Singapore, Aisyah is keenly aware of the pressures of audit work.

She had studied accounting and finance at university, so working in an audit firm was the obvious path to follow.

Her plan was to endure the intense pace of work to rise through the ranks and be rewarded with high salary increments. In the longer run, her path might even have led her to be a partner.

But, she began spiralling down a dangerous road — living in a constant state of anxiety and stress.

Her days in the audit firm were filled with a perpetual flow of excel sheets and financial statements. A lot of the time, she’d be hunched over her desk, staring at her computer for 24 hours. Even on family vacations, Aisyah could be found glued to her laptop.

“I felt like a zombie, going through the motions...I felt I had to resign to my fate.”

She became cynical towards work, dragging her feet, reluctant to face the mountain of work waiting for her — not for lack of hard work.

“I’m okay with working hard, but I’m not okay with doing things without a purpose that I couldn’t tangibly see.”

Because of the scale of audit work, auditors usually work in big teams. Aisyah rarely spoke to clients or saw the fruits of her labour. As a result, she felt like a cog in the machine.

Despite having a supportive group of colleagues by her side, she was stuck, not knowing what to do aside from the general advice to just “suck it up”.

The stress piled on further when she was taking her Certified Public Accountant examination while juggling her full-time auditing job. She was so overwhelmed that she was on the brink of a breakdown.

It all came to a head one day when her brother came home announcing that he had received a job offer as an air steward, and asked her playfully, “Are you jealous?”

And that was when it hit her — maybe she could do that too.

After thinking it through, Aisyah took the plunge to leave her job as an auditor to become an air stewardess.

However, it would be a mistake to think that being an air stewardess is any easier than audit work.

“Being an air stewardess is tough, but it is the kind of tough I like.”

She had to work harder physically. Many hours were spent awake on flights, helping passengers with luggage, fixing up the bassinet for mothers, serving special meals to different cabins – but she saw this as a different type of stress, a good one.

She had the chance to interact with people from different walks of life, where every one of her passengers had a story to tell.

“One flight, I had an engaging conversation with this sweet old lady about books and she ended up giving me her book to read.”

Aisyah also felt a deep sense of satisfaction as she could see how her work directly benefited and made an impact in the passengers that she served.

Unfortunately, the Covid-19 pandemic grounded Aisyah and she had to find other forms of employment. Thankfully, the interpersonal and communication skills that she picked up as an air stewardess come in handy in her current role as an insurance agent.

Today, her past life as an auditor exists only as a distant memory.

Even though she is no longer an air stewardess, her work as an insurance agent affords her plenty of space to practise a healthy work-life balance, spend more time with her family, and devote some me-time to her hobbies.

“I have a clearer head, fewer feelings of anxiety, and of chasing a deadline.” 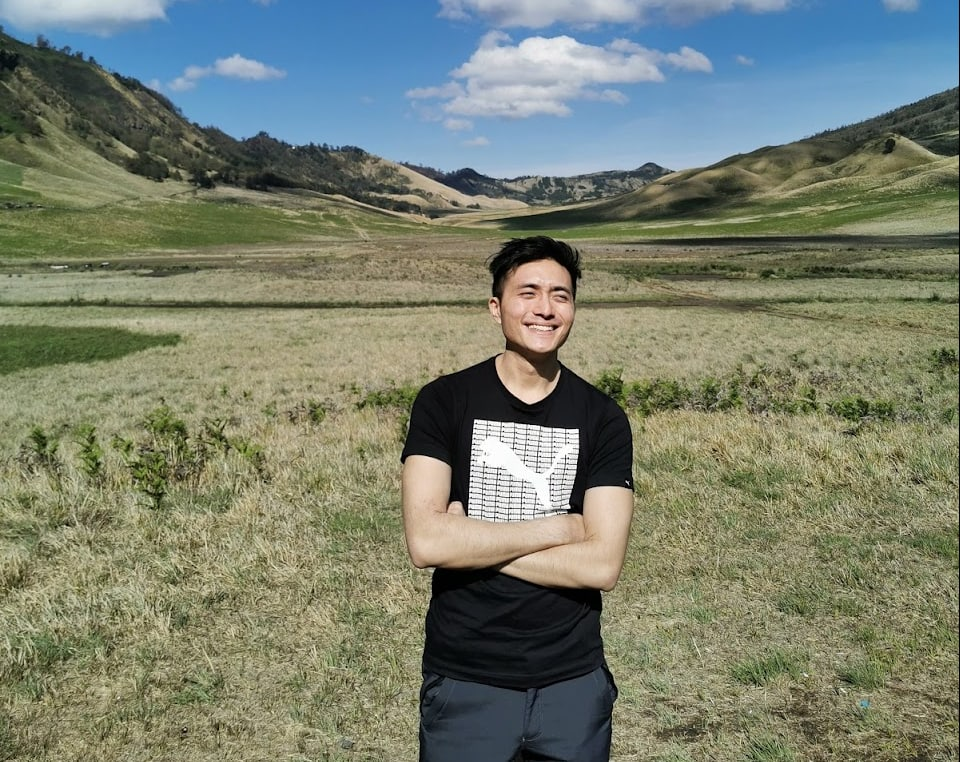 Diving headfirst into his new job as a corporate lawyer at a big four law firm after graduation, Elias Tiong, 29, soon found himself drowning in a sea of work and pulling all-nighters to churn out document after document.

For two years, Tiong trudged along in his field before he “liberated” himself from the societal pressure to stay in a prestigious job and allowed himself to chase his dream of being an entrepreneur.

Undoubtedly, being a lawyer comes with a great deal of responsibility.

“During peak periods, there could be non-stop negotiations happening to close the deal, in order to meet commercial deadlines. There were also multiple occasions where the team would pull all-nighters to close out the deal documentation by the next day.”

“At times, managing workloads can get challenging, with entire weekends spent trying to finish up work that couldn't be completed during the working week.”

It was a race against time and at a firm that was as prestigious as the one that Tiong worked at, there was no room for mistakes, not even the tiniest one.

Tiong was caught in a constant loop of self-doubt — am I going to finish this on time? What if I ruin an entire deal because of a mistake I missed?

He eventually felt trapped under the weight of it all.

Although he found the work exciting and enjoyable at times, he started to lose his drive and found little purpose in the hours labouring.

Constantly working, he slowly moved away from social interactions. On many occasions, he packed his own lunch for work and ate alone.

He became drained of energy and unhappy at where he was in his life.

And so he made the conscious decision to leave and focus on his business Craft Tea Fox, which specialises in genuine Japanese teas.

The 29-year-old wanted to try out riskier pursuits while he was still young and had fewer financial commitments.

However, his parents weren’t on board.

“No parent wants their children to go through unnecessary hardship. So I would say it’s normal for parents to be concerned. This can make it even tougher to strike out on your own because it’s another factor that may make you reconsider your decision.”

“Ultimately, they left the decision to me, and have supported me throughout – and I am thankful for that.”

Of course, Tiong faced hardships in his business venture, admitting that “it’s easy to feel like a lot of things are outside of your control, including your own paycheck”.

Various aspects of running a business, like ensuring that there's enough revenue for his team, the uncertainty of new projects, and meeting certain growth targets were sources of stress for the new entrepreneur.

But this is a different kind of stress, one which he recognises is a “better” type of stress for him.

“I am happier today pursuing what I want to do.”

He also sets boundaries, knocking off work at 9:30pm, as often as he can.

“We should always be doing our best work, and so I think the amount of work and the long hours in the profession (lawyer) are justified…(but), someone else might very much prefer another path, and that’s totally fine." 31-year-old Esther Chua, who joined a bank in 2013 did not know that that was the start of a 3.5-year downward spiral which would eventually lead to burnout.

“I was fresh out of school then and thought that being in a sales role will be a good opportunity to build up my resilience and interpersonal skills.”

She considered her job as a wealth banking manager a prestigious one, so it was a clear career option to pursue. Her role also entailed attending to customers, cold-calling, heading out for appointments, and servicing accounts.

“Being in sales is a numbers game. So it was taxing having to deliver the numbers consistently month after month. Besides, the number of KPIs has also increased over the years, so it’s not as straightforward as before.”

She was constantly chasing good work results, with no satisfaction.

Eventually, the job caused her mental well-being to deteriorate. She became more withdrawn and detached in social settings. Most days, she was overwhelmed by fatigue and her rest days were, more often than not, spent sleeping.

“Repaying sleep debt was just an excuse to use sleep as a form of escape.”

It was a terrible way to live and for Chua, it took her a bout of food poisoning and a hospital stay to realise how mentally drained she was.

Lying in her hospital bed, it dawned on her that “if something bad happens to me, I will leave the world with so much regret”.

So, she decided to start up an ice cream shop with her husband.

Of course, her move didn’t come without hesitation.

“Did you complete your degree just to be an ice-cream seller?”

“You should get a stable job so that there’s CPF contributions.”

She also saw an ice cream business as a less glamorous job and worried about her finances.

When she first started, she was clueless about running an F&B business and of course, how to make ice cream.

Numerous sleepless nights were figuring it all out. But, with the support of her husband, the business pulled through.

Now her ice cream cafe, The Better Scoop, has two outlets — one in Serangoon and one in Sembawang.

“It is a different kind of stress,” Chua said, “A good kind. I was very motivated to get the pieces together and looked forward to heading down to our then tiny unit every day.”

“Lifestyle-wise, I’m still guilty of overworking. But I guess it helps that I enjoy what I do now so the long hours are not as dreary.”

She’s also been more mindful of her mental well-being nowadays – having more regular meals and making sure to spend time with her loved ones.