Kalbi, the cute "mini pig" that was featured in a series of YouTube videos documenting his everyday life, has supposedly been killed and eaten by his owner.

On a YouTube channel titled "Eaten Pig after 100 days", Kalbi's owner posted videos of himself playing with the pig, bringing him out for walks, feeding him his favourite foods, and even celebrating his birthday.

However, he made it clear from the start that he was going to kill Kalbi, or Karu-sama as he called the pig, on the 100th day since he was brought home.

And Wednesday (Sep. 1) was the fateful day that Kalbi was supposedly slaughtered for meat.

The YouTuber had attached a warning label at the start that advised those with "a weak heart" to be cautious when viewing the video, as though he was preempting the barrage of sad comments that would come from viewers who were invested in Kalbi's story.

The video starts with a melancholic tune, a marked difference from the rest of his videos when Kalbi was still alive, which were accompanied by a lively and cheerful tune.

He first filmed himself petting Kalbi, while Kalbi nudged him with his nose, as he usually does. He then placed Kalbi in a pet carrier, before driving to a place where he brought Kalbi out, and took him somewhere out of frame.

Some moments later, another person was seen carrying a cardboard box over and putting it in the trunk. 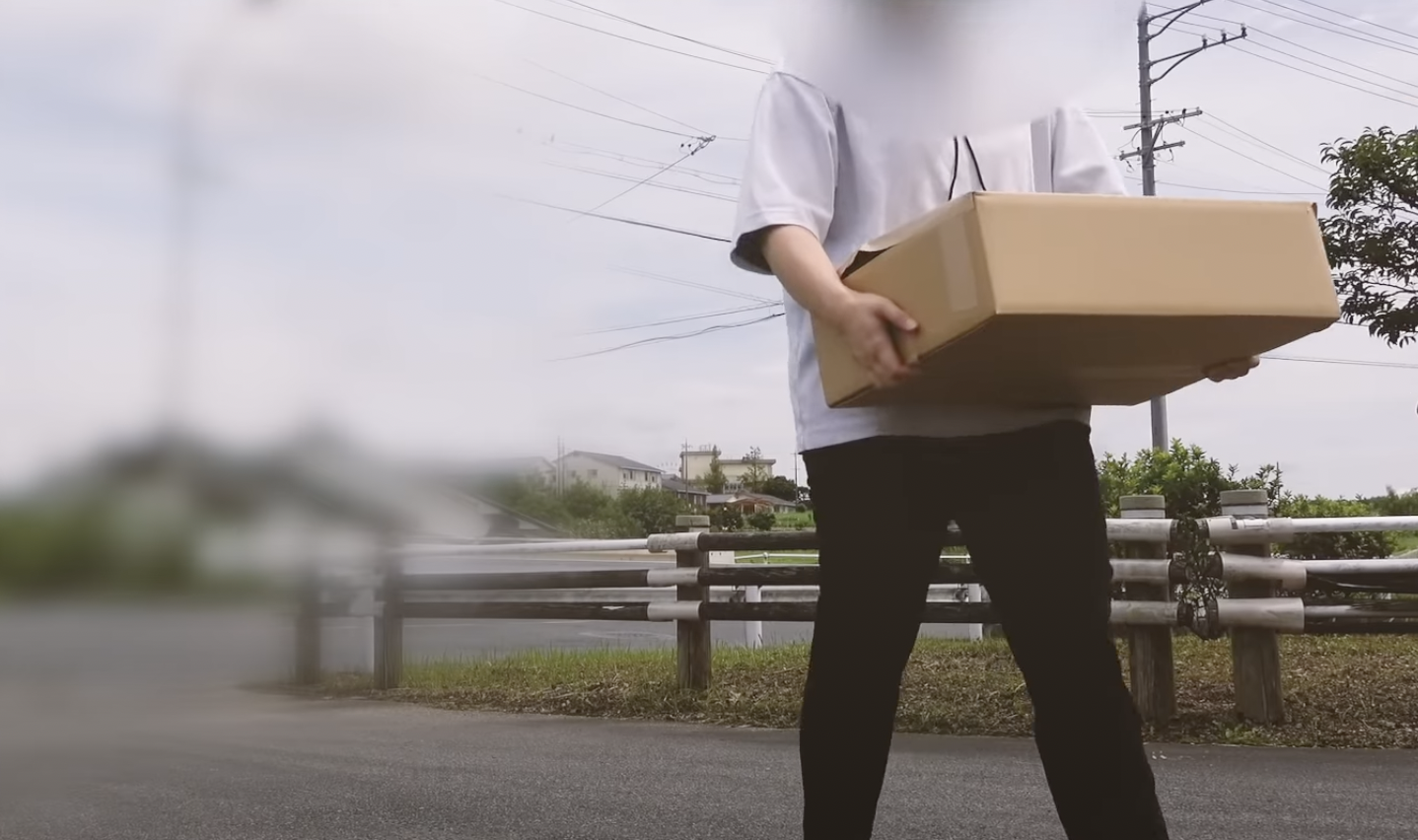 The YouTuber then filmed himself taking a dead, skinned pig from the box in his kitchen at home.

The size of the pig seemed comparable to Kalbi's.

After washing it, and seasoning the pig with olive oil, pepper and some other seasonings, the man grilled the entire pig over open fire. 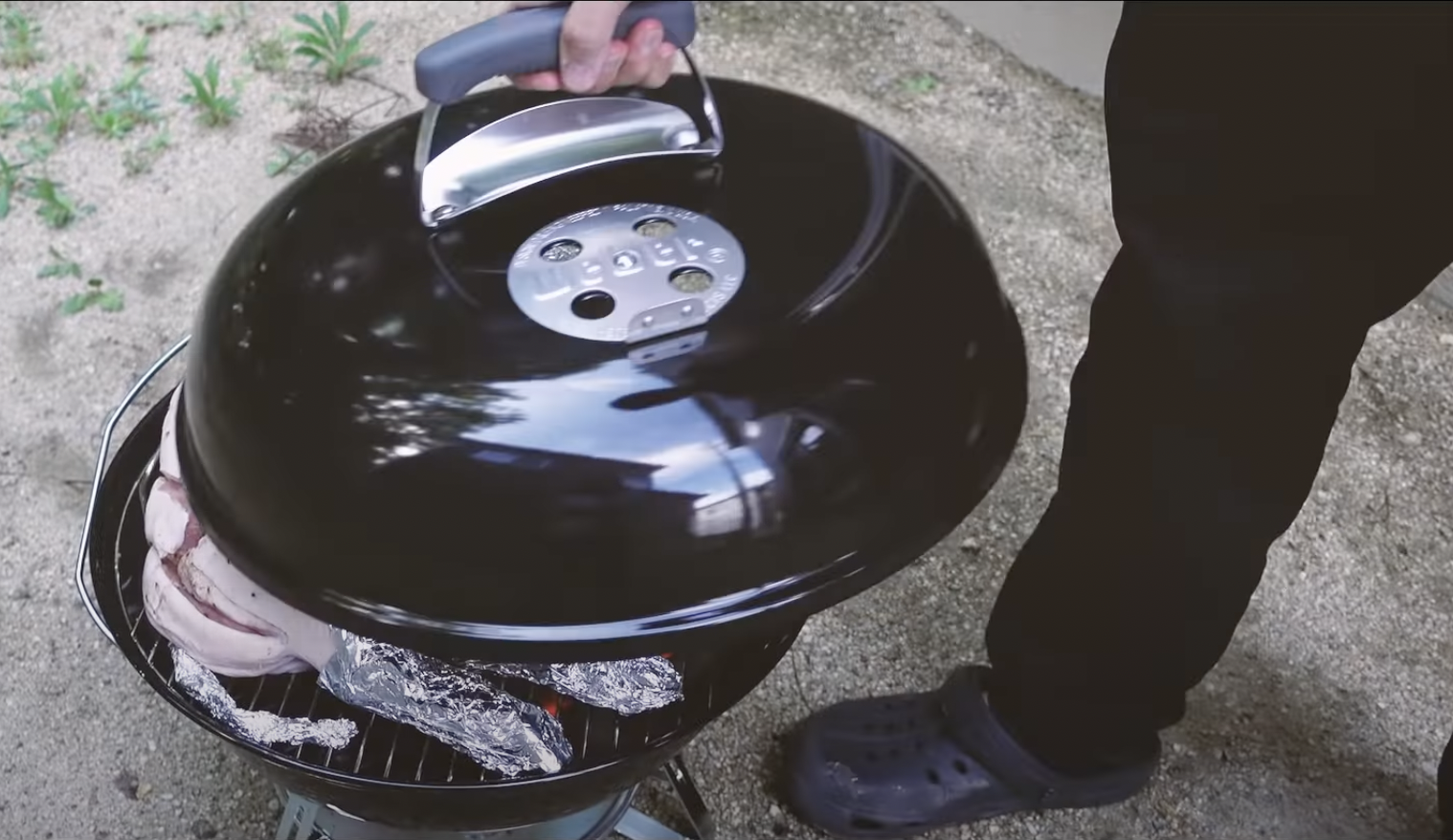 Before digging into the meal of pork, the man put his hands together, a gesture that the Japanese make while saying "Itadakimasu".

It is a phrase typically said before having a meal to express their gratitude to everyone that sacrificed and made the meal possible, as well as to show their appreciation for nature. The video then cut to the owner lighting an incense stick and placing it in front of something like a pet memorial shrine for Kalbi. 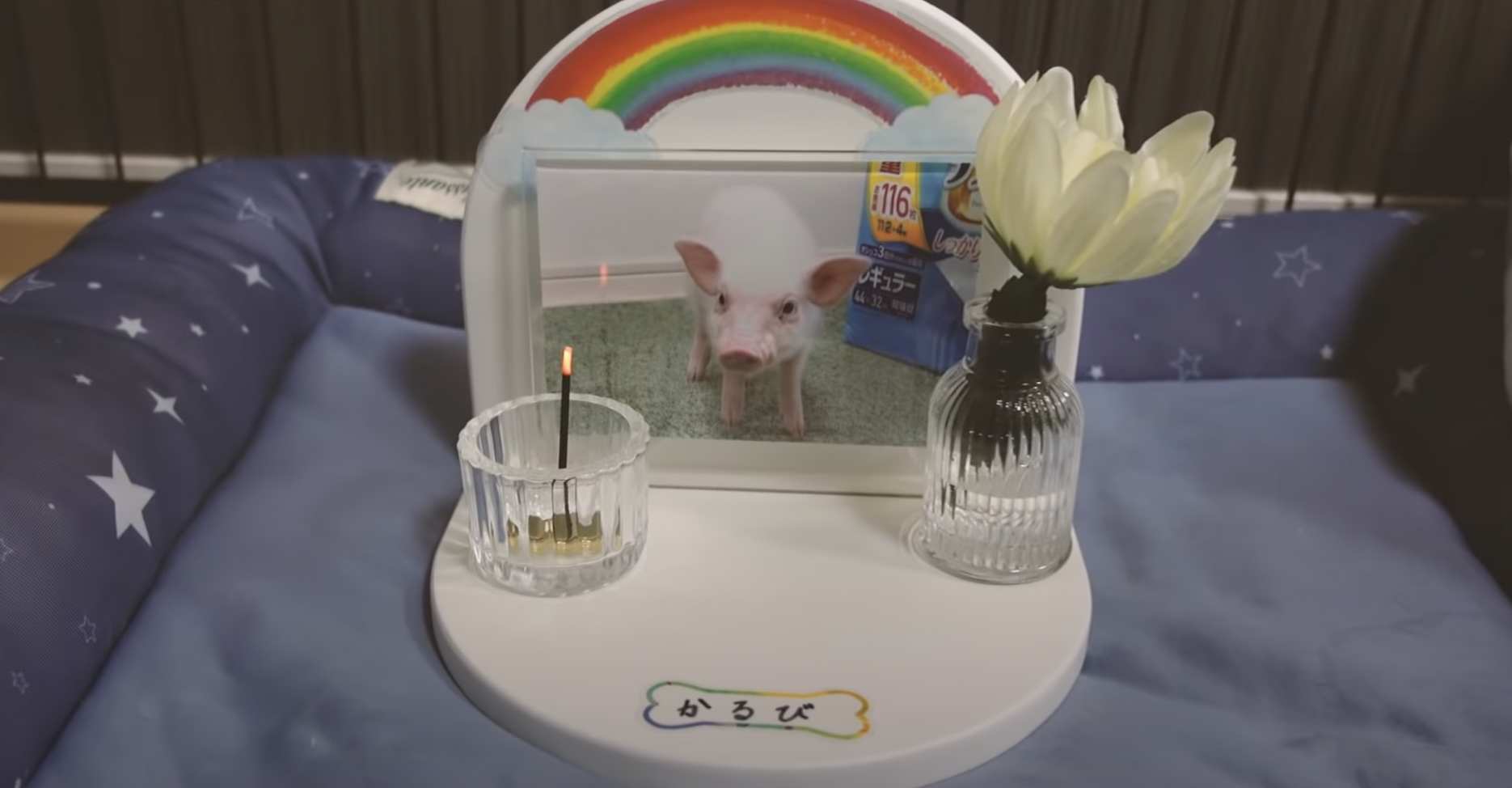 Most commenters expressed their sadness at seeing Kalbi go, but also their gratitude to Kalbi for teaching them the "value of life".

A commenter even said, "Now he (Kalbi) lives with you forever."

However, many held on to the possibility that Kalbi might still be alive, pointing out the small line of text that appeared for a split second at the bottom right hand corner of the video, which translates to, "This story is fiction." 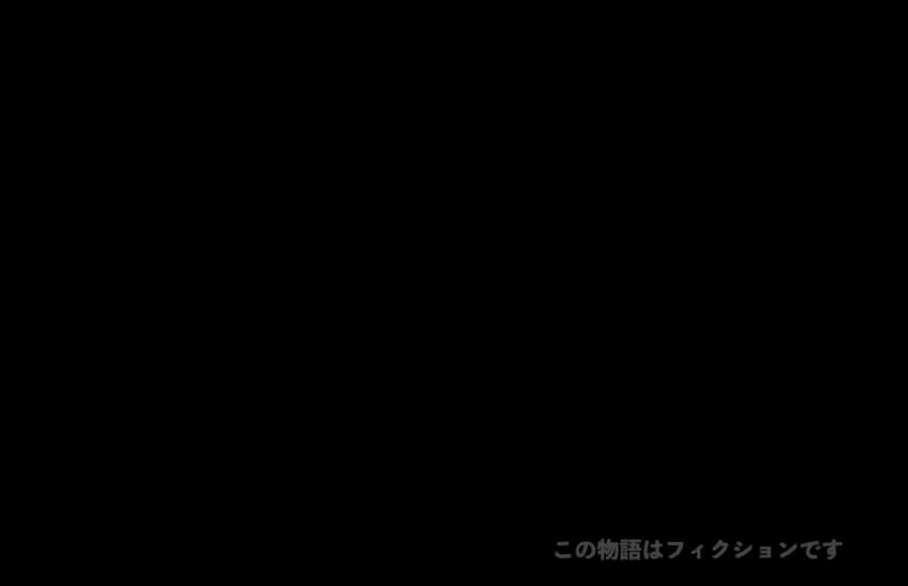 But even if Kalbi is really still alive, some pointed out that another pig was still killed and sacrificed for the man's meal.

This brought forth complicated feelings for some, like the following commenter who questioned himself when he was relieved that an unknown pig had died in Kalbi's place. 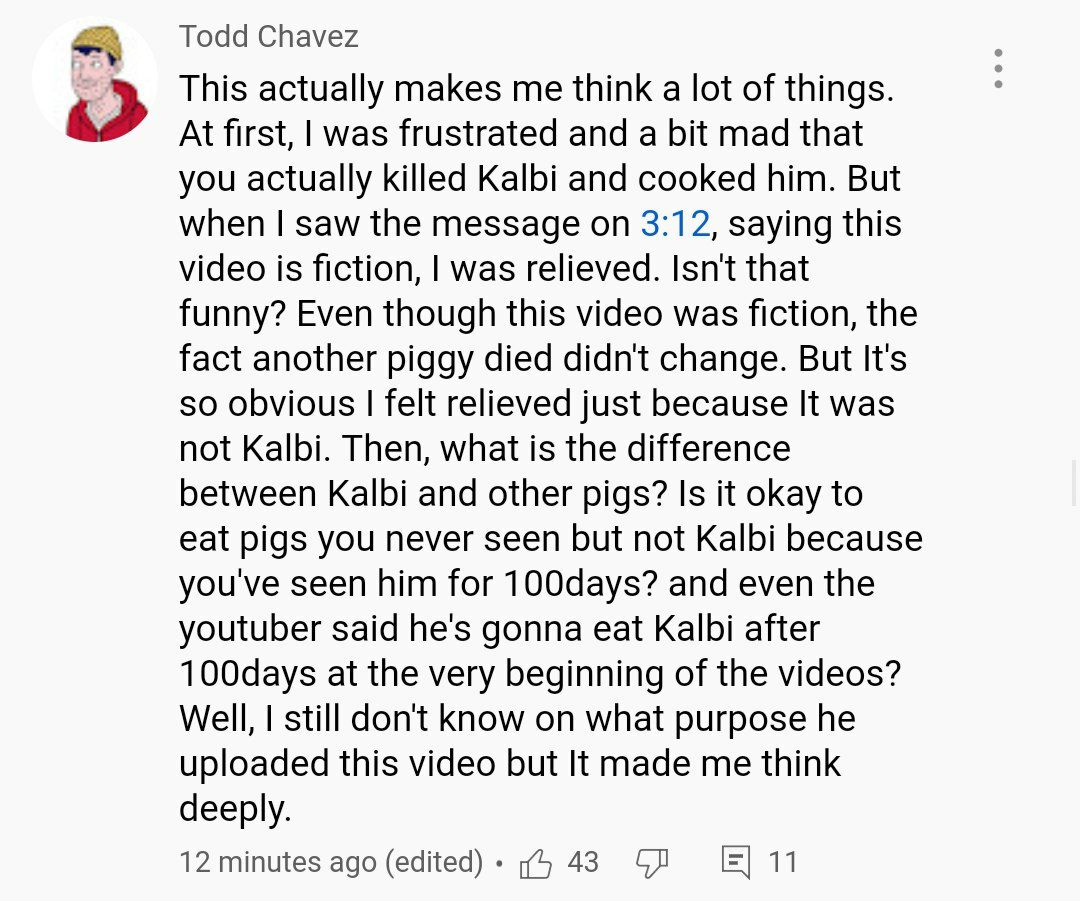