At least S$6.5 million had been lost in job scams in Singapore between January and June 2021, where the largest sum cheated in a single case was about S$676,000, the police said in its Sep. 20 release regarding an increase in the number of victims falling prey to job scams.

According to the police, there are two variants of the scam.

In the first variant, victims were told to download fake mobile applications to grab the jobs through the application. 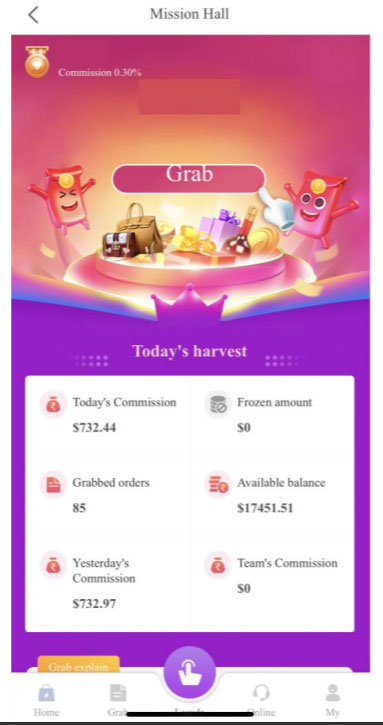 They would be instructed to top up funds into their account on the applications by transferring the money to bank accounts provided or to convert the amount into cryptocurrency and transfer them into wallets provided by the scammer.

As scammers would have allegedly promised victims their commission after a certain number of tasks have been completed, the amount will then be reflected in their mobile application accounts.

However, the victims then realised that they have been scammed when they were unable to withdraw the money from these accounts.

In the second variant, victims would receive a warning letter via WhatsApp and are pressured into making further fund transfers to bank accounts or cryptocurrency wallets provided if they have chosen to discontinue with these jobs.

The letter would indicate that their mobile application accounts would be frozen and legal action could be taken against them. 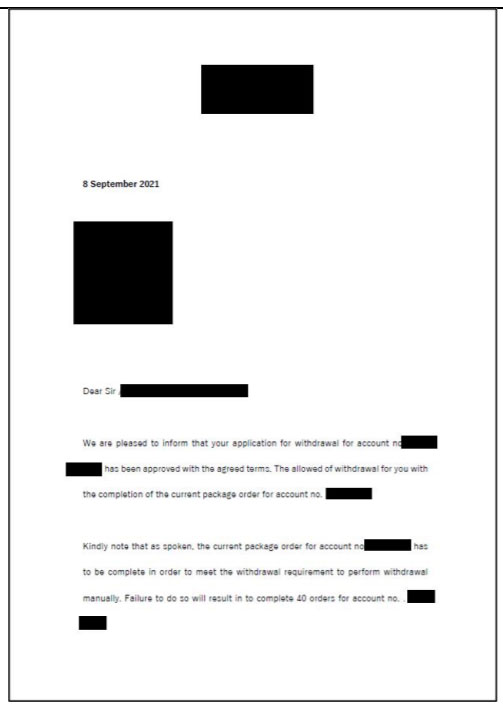 The scammers have also included the emblems of the Singapore Police Force, Singapore’s Coat of Arms, as well as the Supreme Court, on the warning letters issued to victims to enhance the credibility of their ruse.

Victims would eventually realise that they have been scammed when they do not receive their commission after completing the tasks given to them by the scammers.

The police highlighted signs that members of the public should be wary of to identify a scam.

i. Jobs that offer lucrative commissions that are simply too good to be true.

iii. Request to transfer funds to bank accounts or cryptocurrency wallets belonging to individuals they had not met in person.

Members of the public are also advised on how to not fall victim to such scams.

i. Do not accept dubious job offers that offer lucrative returns for minimal effort. If an offer is too good to be true, it probably is.

iii. Never send money to anyone whom you do not know or have not met in person before.