Crowds in Malaysia are rushing to get back to the malls as the country reopens, causing traffic jams in Bukit Bintang, a shopping destination in Kuala Lumpur on Saturday (Sep. 4),

According to a tweet by Bernama, there was an "increase" in traffic at night, "likely due to many people going out to shop and eat at restaurants, which are allowed to operate till 10pm".

One person in Malaysia also tweeted images of "a traffic jam", and a steady stream of people at the same location on Aug. 31, Malaysia's National Day.

Pleased to see a traffic jam at Jalan Bukit Bintang. People are out, KL is healing ❤️‍🩹 pic.twitter.com/8roq4hKm7Z

The tweet was captioned: "Pleased to see a traffic jam", and that "KL is healing".

A Facebook page, "Bandar Sunway", which posts updates of the Bandar Sunway area in Selangor, also shared images of a crowded "Sunway Pyramid", a popular shopping mall, on Aug. 31. 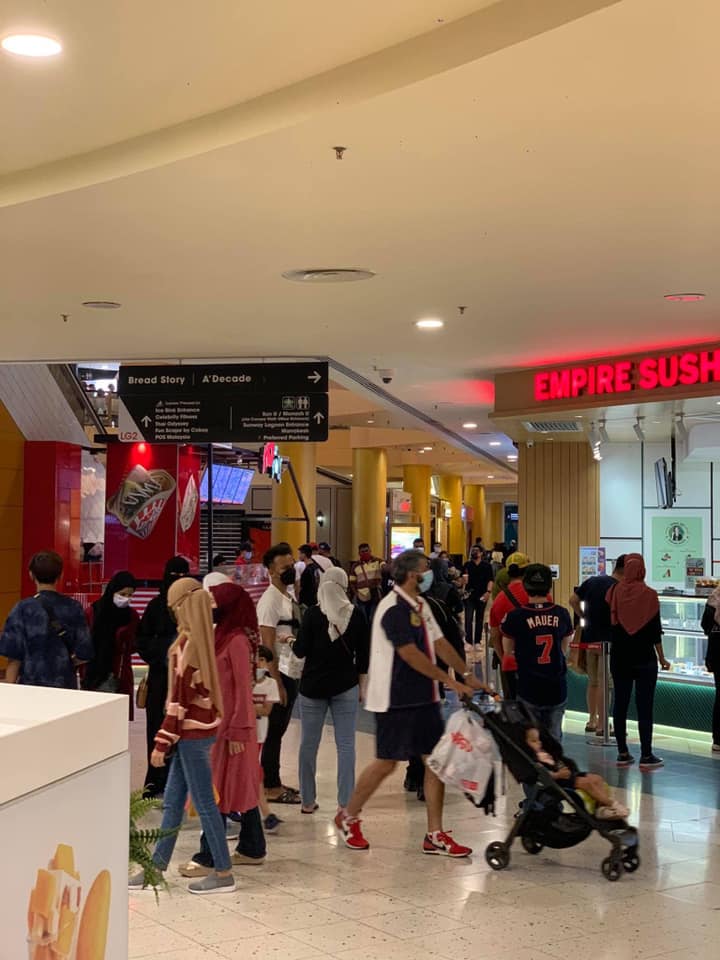 Responding to Bernama's tweet, some Malaysians appear to welcome the heavy flow of traffic, perceiving it as a "recovery" for the economy.

Another online commenter expressed concern about Covid-19 cases on the rise again, and the possibility of children -- who are yet to be vaccinated -- being infected with Covid-19.

Despite recording more than 17,000 cases daily in the past week, the government in Malaysia appears to be pushing ahead with the reopening, by classifying states according to "phases".

Dine-in at restaurants are now allowed for vaccinated individuals throughout Malaysia, though businesses have to adhere to capacity limits according to the phase of the state they are in.

At the time of writing, Kuala Lumpur, Selangor, and Johor are currently listed under "phase one", and only the Federal territory of Labuan in East Malaysia is considered to be in "phase 4".

Malaysia's new PM has work cut out for him

Reportedly under pressure to deliver results, Malaysia's prime minister Ismail Sabri Yaakob will have to revitalise the economy while keeping the pandemic under control, according to Nikkei Asia.

Not out of the woods yet

Ahead of Malaysia's easing of Covid-19 measures, Hisham issued a "reminder" to Malaysians on Twitter on Aug. 19 that the reason of reopening is due to consideration for the economy, and "not because it's safe" to do so.

A reminder to all, many places are opening because of economy & not because it is safe. Please keep that in mind; please wear a mask, double masks if possible, practice physical distancing & frequent hand washing. Avoid crowded & confined spaces. Stay safe & get vaccinated asap.

Hisham further advised the public to maintain safety measures such as wearing "double masks if possible" and avoiding "crowded and confined spaces".

Safiye also reportedly warned of the potential mutation of the virus, which could make it even deadlier.