Community cats, who have rights and are really people with fur and walk on all fours, have firmly planted themselves into the living spaces of their human subjects.

One such cat in Punggol, who is a boss, was caught on video lying on the HDB estate road refusing to budge and eventually causing a minor traffic jam.

A video of the incident was put up on TikTok on July 1, and reshared to Facebook on Sep. 17.

The tabby was plonked right in the centre of a single-lane road in the Punggol West HDB estate -- a stone's throw from Punggol MRT station -- and refused to budge.

A food delivery rider, who happened to pass by and whose helmet camera recorded the events, then tried to coax the grey cat off the road by calling out to it, petting and giving it rubs.

All the while the cat continued to meow at him, while other passers-by stood by the side to make tsk-tsking sounds asking what to do about the road hogger.

When the rider turned around, there were two cars stopped in their tracks as the road was made unpassable by the cat. 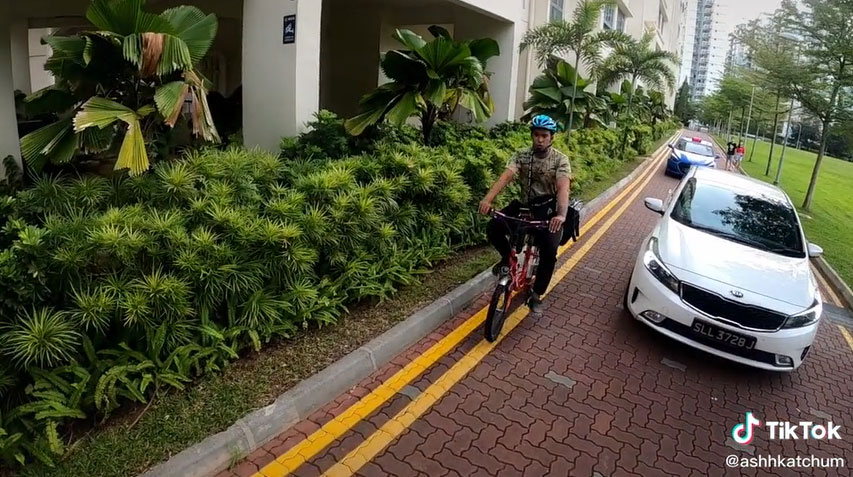 The food delivery rider had no choice but to physically remove the cat from the road and put it on the side grass patch.

After it was moved, the cat stood there casting an accusatory glare at the food delivery rider as if saying, "How dare you." 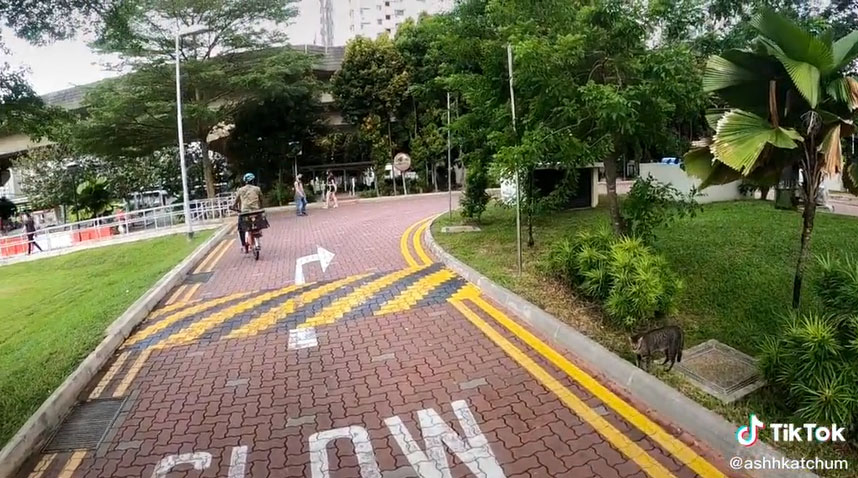 The video ended with the cat standing at the side watching the vehicles go by and probably proceeding to go back on the road to lie down on it again.