A SBS Transit bus crashed into a structure at Changi Airport on Sep. 22.

Based on a photo uploaded to the SG Road Vigilante Facebook page, it appears that the bus crashed into a pillar directly underneath the skytrain's tracks. 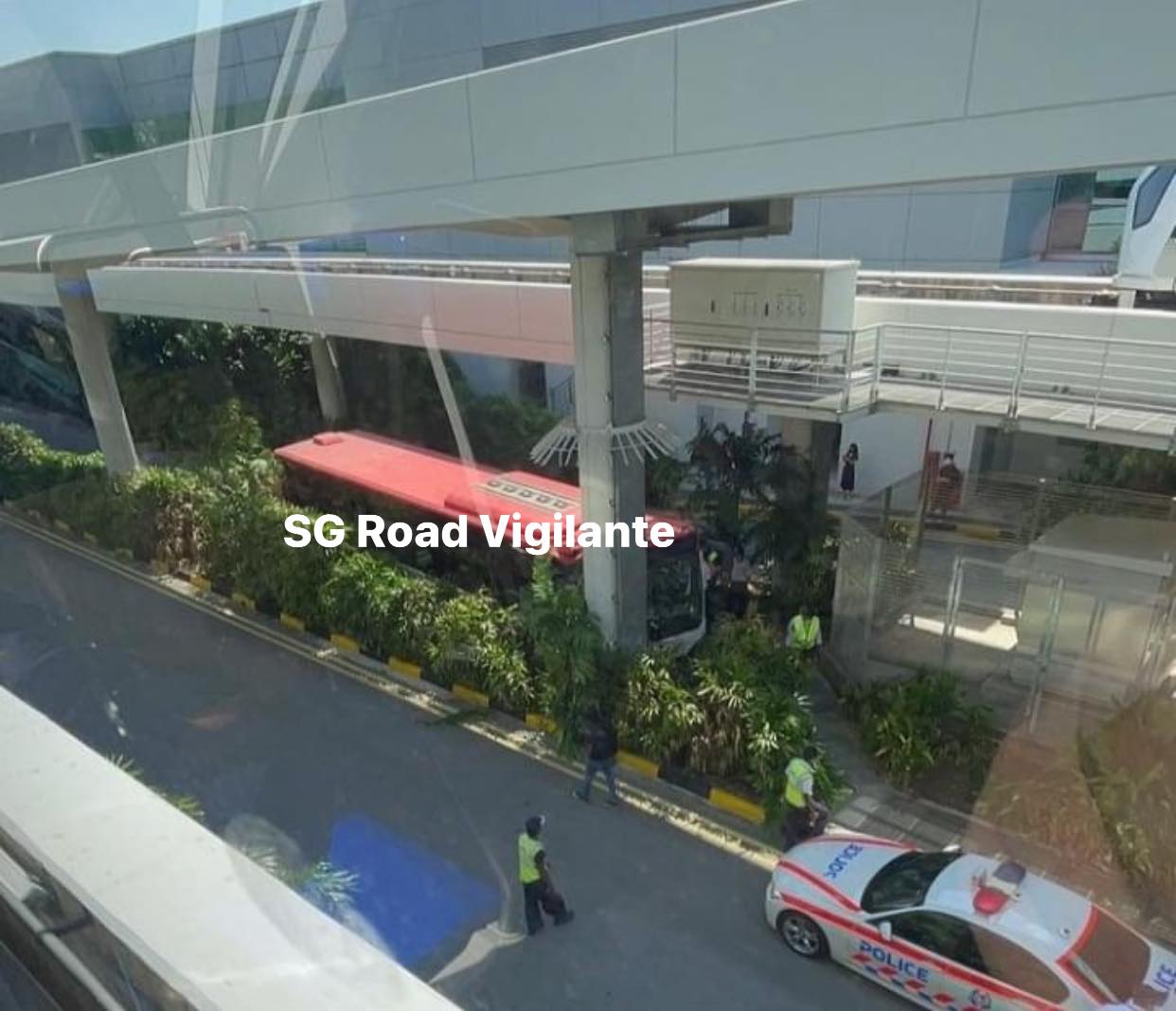 A spokesperson from Changi Airport Group (CAG) confirmed with Mothership that an accident has occurred on their premises.

"No services have been running on the Skytrain track and our engineers are assessing if there’s any impact to the infrastructure," the statement added.

In response to Mothership's queries, the Singapore Civil Defence Force (SCDF) said that they were alerted to an accident between Terminal 3 and Terminal 1 at around 1:10pm.

A person was found trapped at the driver's seat of the bus and rescued using hydraulic rescue equipment.

The bus in question was Service 27, a statement by SBS Transit revealed.

The driver was exiting the basement of Terminal 3 and heading for Terminal 1 when the vehicle mounted a curb.

He sustained leg abrasions and was conveyed to the hospital, along with two conscious passengers.

"We are trying to get in touch with the passengers as we were not able to do so at the scene. We would like to extend our care and concern for their well-being and to render assistance," SBS Transit added.

The transport company is assisting the police with investigations.