Everyone loves a new true Singapore ghost story, so here's one for the modern age.

A 15-year-old boy in Marsiling experienced a series of spooky encounters one after another after he accidentally stepped on offerings put out on the street on the first day of the Hungry Ghost Festival on Sunday, Aug. 8.

And everything went downhill from there for him -- but in this case, the ghost apparently eventually materialised up on a hill.

A slightly convoluted recounting of the whole incident from a friend of the boy who got spooked was submitted and put up on the @sgfollowsall Instagram account.

According to the post, the teen had accidentally walked into a "circle of candles with rice scattered around the candles" in Marsiling.

He said he saw "red powder" inside of the circle.

At that very moment, following his unintended intrusion, the teen said he felt "something perched on top of me, and nails digging into my skin".

But he proceeded to ignore the strange sensations and went to look for his friend.

When he was with his friend, a woman dressed in white with long hair rode past the duo, while humming a "strange song", the post said.

She then suddenly turned back and smiled at the duo.

The post said: "Her eyes were black and her complexion pale."

The teen and his friend then heard the sound of bells, and suddenly, heard something else behind them, and saw a "black figure".

Apparently undeterred by the strange happenings, the duo still made it to a McDonald's outlet in Woodlands.

They proceeded to order food, with the receipt showing that the transaction took place at 12:59am.

The duo had ordered two full meals in total -- with criss-cut fries.

The friend of the teen who accidentally kicked the offerings then put his phone on top of the receipt.

However, black fingerprints then appeared on the receipt even though no one touched it. The teens tried to recreate the print marks, but realised it was not possible.

After an eventful night, the duo then walked home from the McDonald's outlet.

On the way back, the teen who kicked the offerings earlier then used his iPhone's night vision app to take a look at the "dark hill" they were walking past.

Lo and behold, he captured an image of what appeared to be a white figure walking around in the leafy foilage.

The teen said: "I think it’s the same lady who cycled past us." 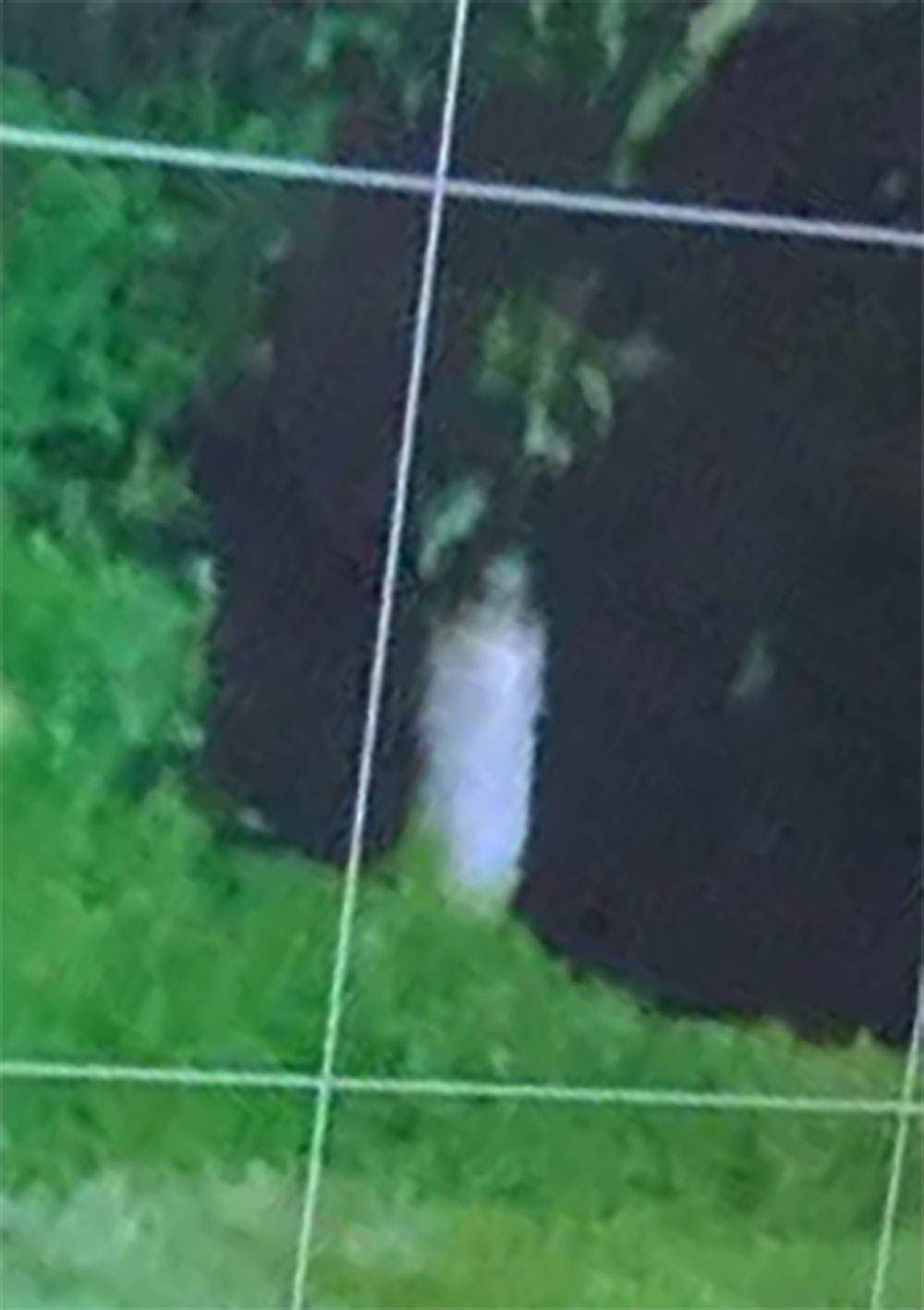 The story ended with this revelation.

What to make of this story?

Since it is on the internet, and therefore, it must be true, this absolutely bananas tale has to be wrapped up in a terrifying, yet satisfying manner, with a plausible-sounding conclusion.

Instead of being left hanging as to what all of this means, it should be later revealed -- preferably after connecting some dots from old news articles -- that the fingerprints on the receipt belong to a deceased former fast food employee who was involved in a fatal accident while cycling along the road in Marsiling where the teenage boy accidentally kicked the offering.

The offering was, ostensibly, meant for the late victim.