Traffic along some roads in Singapore came to a complete standstill for several minutes on Sunday morning, Aug. 22, 2021.

The purpose was to whisk United States vice president Kamala Harris from Paya Lebar Air Base, where she landed just before 11am, to Shangri-La Hotel, which will be her place of accommodation until Tuesday afternoon, Aug. 22.

The presence of the U.S. second-in-command was keenly felt by motorists, pedestrians and public transport commuters here.

Videos put up online showed local traffic and auxiliary police on the ground escorting the VVIP motorcade of multiple vehicles ferrying Harris and her entourage of 20 staff and security officers, who were given priority and uninterrupted right of way as everyone else on the road were stopped in their tracks.

A video on TikTok, which can also be viewed here, showed the motorcade making its way along Beach Road:

Another video showed the convoy pulling up in the vicinity of Shangri-La Hotel:

Harris' arrival at Shangri-La Hotel via Anderson Road was met with some fanfare, as pedestrians on the footpath were seen waving enthusiastically to greet the vice president in one of the vehicles with tinted windows. 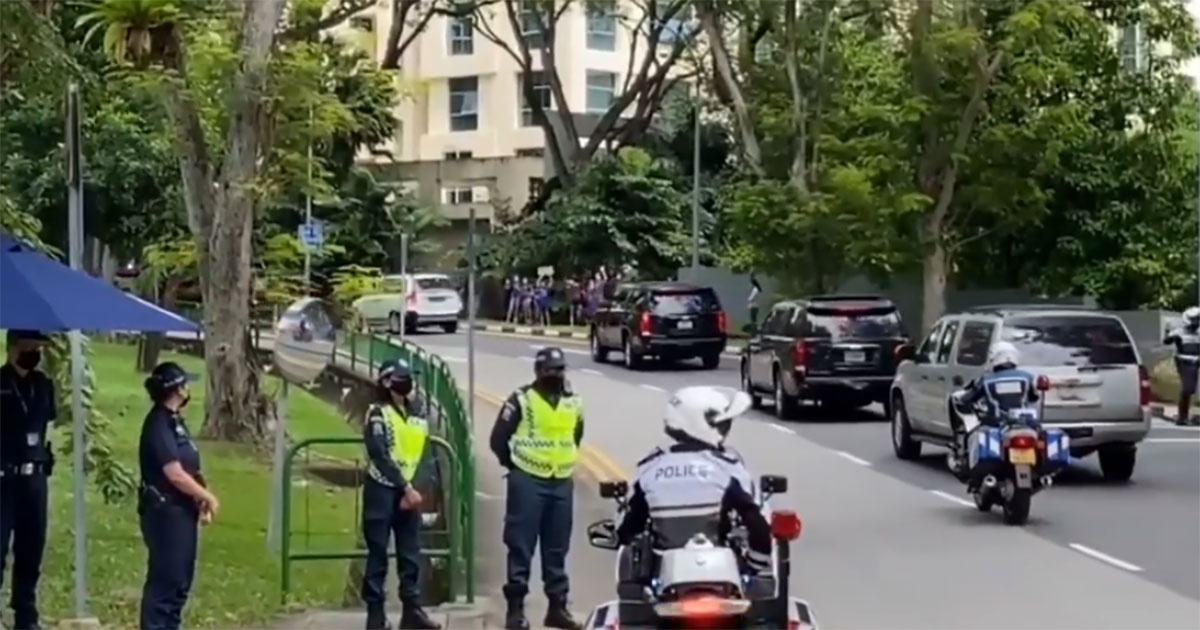 In one video shot by a pedestrian, Harris can be seen looking out the window from the passenger seat of her Chevrolet.

The Chevrolet she was in, along with other similar vehicles, were flown in to Singapore and do not bear local licence plates.

Harris, 56, left the U.S. on Saturday, Aug. 21, and remained on board Air Force Two when it stopped in Anchorage, Alaska, to refuel and Japanese capital Tokyo, the White House said.

An orchid will be named in her honour in a ceremony at the Istana.

On Tuesday, Harris will head to Vietnam before departing the region on Thursday, Aug. 26.