An overworked and exhausted Jeanette Aw fainted in her patisserie on Aug. 6, Lianhe Wanbao reported.

Speaking to the Chinese daily, Aw's manager, who was with her at the time of the incident, said that the actress-turned-entrepreneur was baking when she lost consciousness.

Thankfully, Aw came to shortly after and subsequently visited the doctor, who advised her to get plenty of rest.

The baker will therefore be taking a break in September by stopping pre-orders for that month, according to Wanbao.

The manager added that Aw will nonetheless fulfil all orders for August. She said:

"This was originally scheduled to be Aw's rest week (before her fainting spell). She is very grateful for everyone's support, and will continue to work hard no matter how tired she is."

Aw had originally wanted to keep mum about the situation, but decided to discuss it openly as orders would be affected.

On Aug. 7, the baker also gave her followers an inkling of her workload via her Instagram Stories: 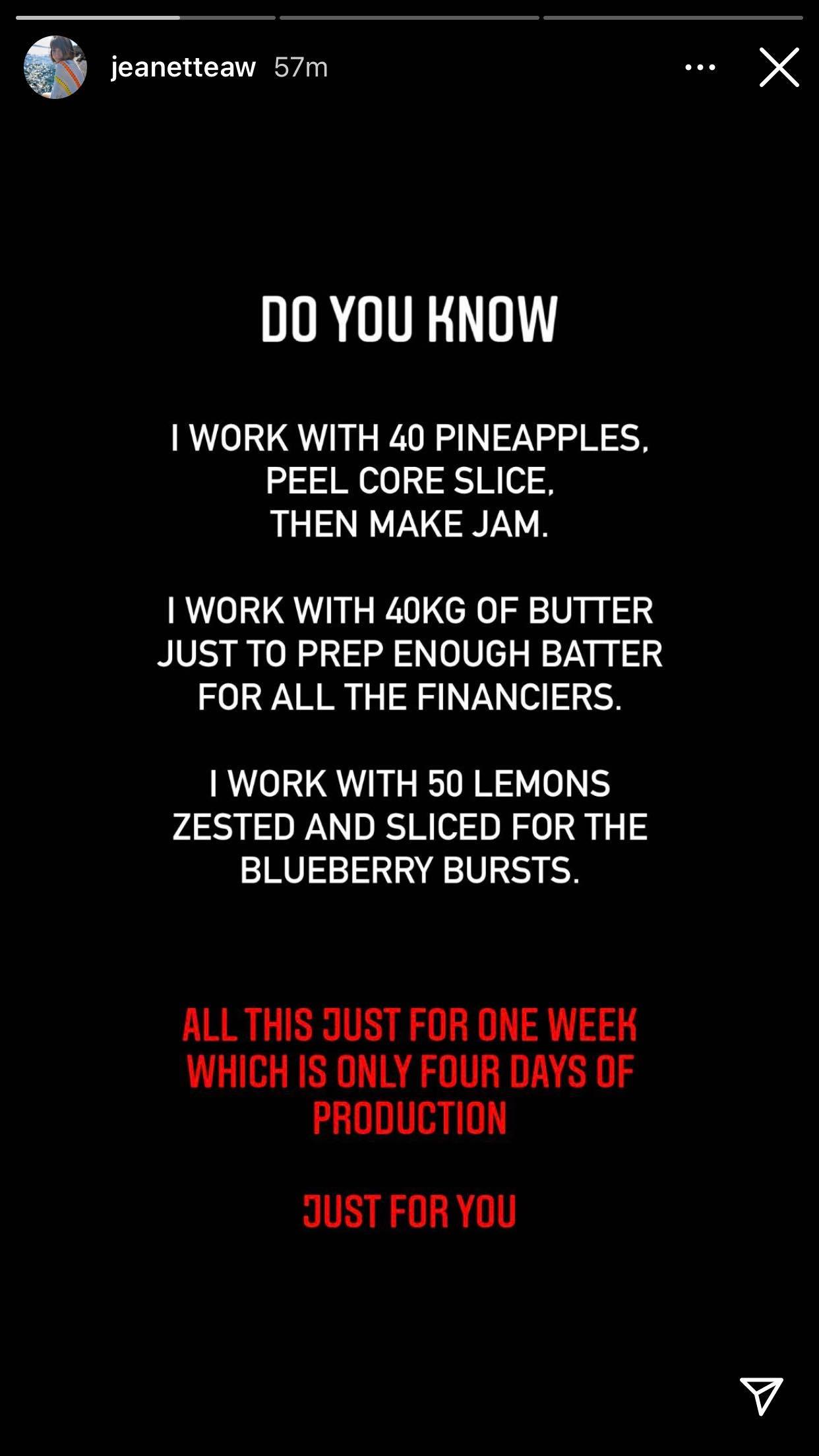 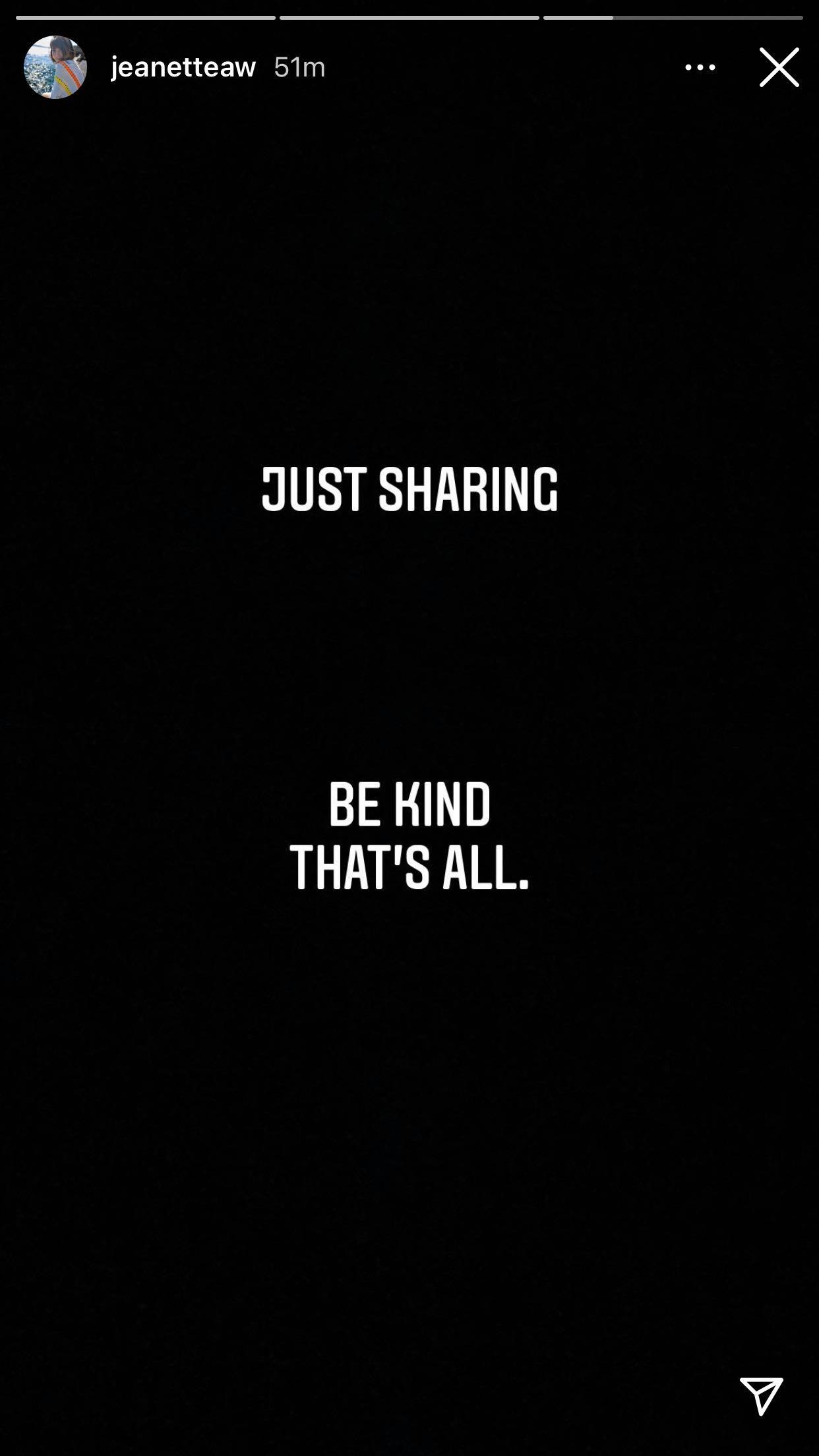 A day later, she rebuked a user who had not-so-nice-things to say about the situation, and shared the #PauseBeforeYouPost campaign by Temasek Foundation and Samaritans Of Singapore. 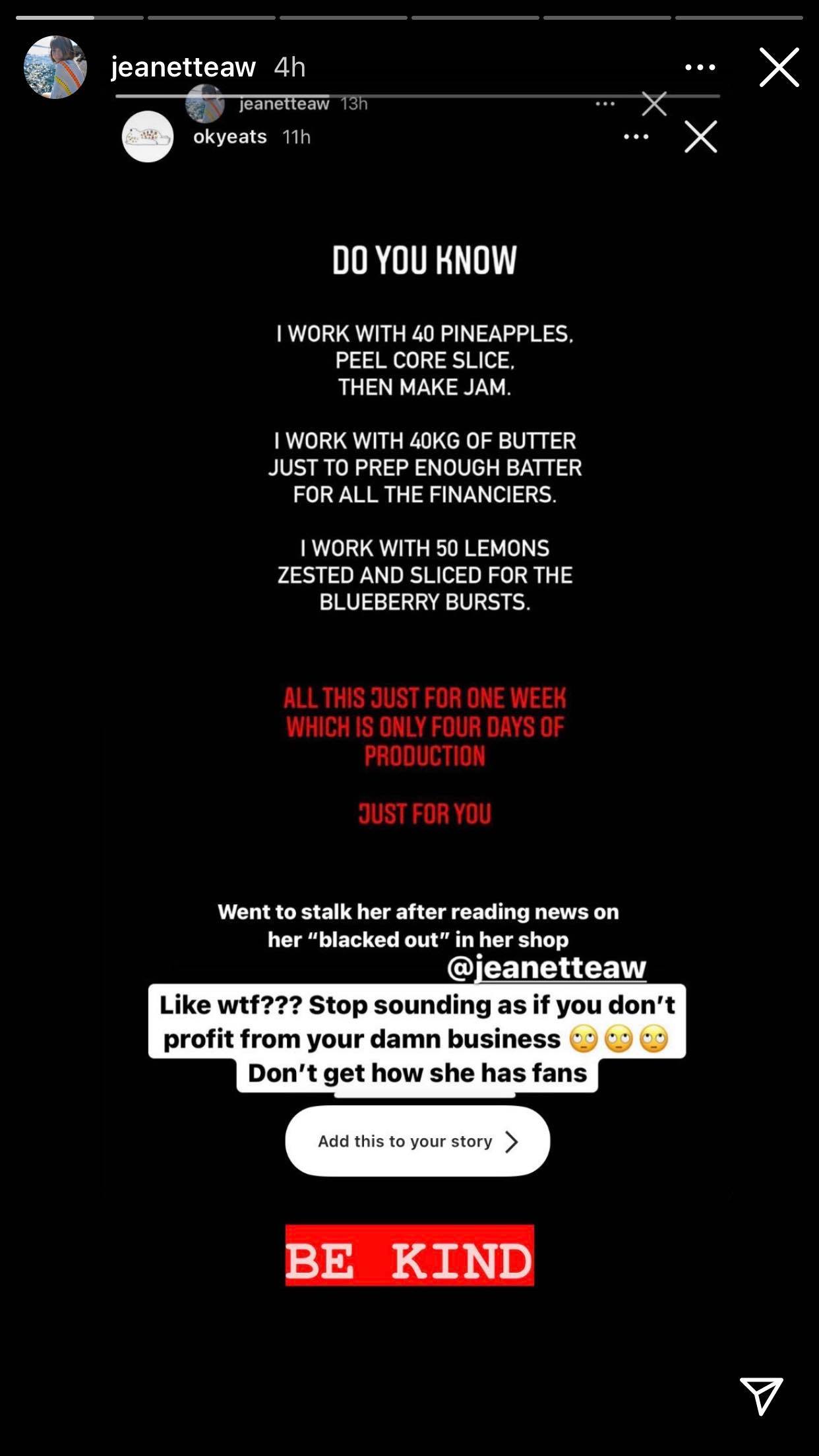 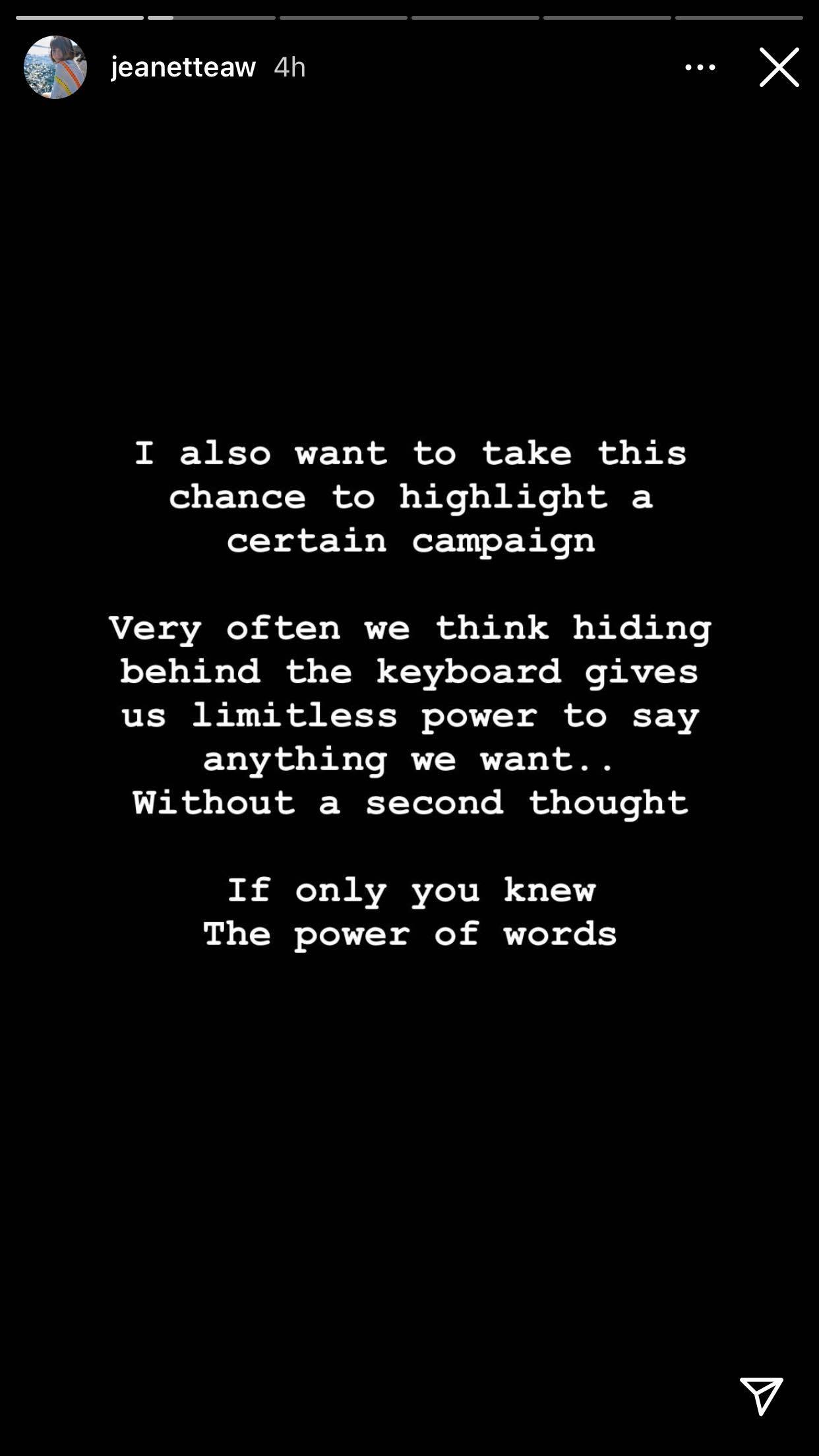