Many were impressed by fashion designer Vera Wang's well-preserved youthful appearance when she first shared pictures from her 72nd birthday bash on Instagram.

However, some are questioning the veracity of her pictures after DKNY founder Donna Karan's Instagram post featured Wang in a less flattering light... literally.

Here's the picture in question:

The harsh lighting did no favours for either ladies.

However, the effect on Wang was notable as her appearance in this picture differed vastly from how she looked in her own photos on Instagram.

This discrepancy has caused Wang to go viral amongst Chinese social media users from TikTok/Douyin, RED/Xiaohongshu, and Weibo, some of whom flocked to Karan's post to leave comments.

One said, "I believe she would not invite you for her next birthday [party] anymore."

Another was convinced that Karan "did it deliberately".

Someone pointed out that Wang looked her age in Karan's photo, contrary to the previous comments that praised Wang for her everlasting youth.

"Happy happy bday Vera. Love you so so much xo DK."

However, we are not sure Wang is "happy" about this post.

While Wang has not publicly commented on this matter, a comment in Chinese has pointed out that the 72-year-old had untagged herself from the picture as it did not show up in her tagged posts on her Instagram page.

Here are some of the pictures that Wang shared on her Instagram for comparison:

Wang previously received compliments after she shared pictures from her birthday party. Many praised her for looking younger than her age.

While some netizens asserted that her wealth may have contributed to her well-maintained looks, others previously expressed doubt at the veracity of the pictures. 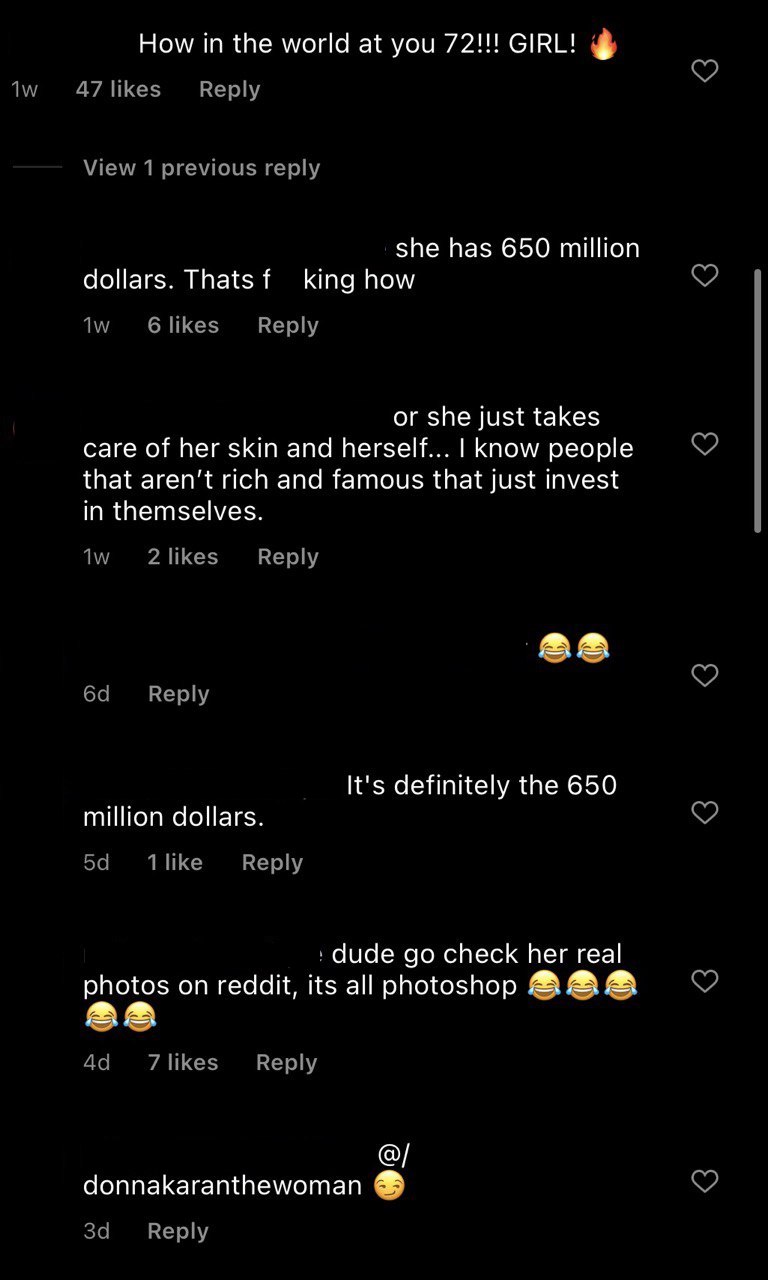 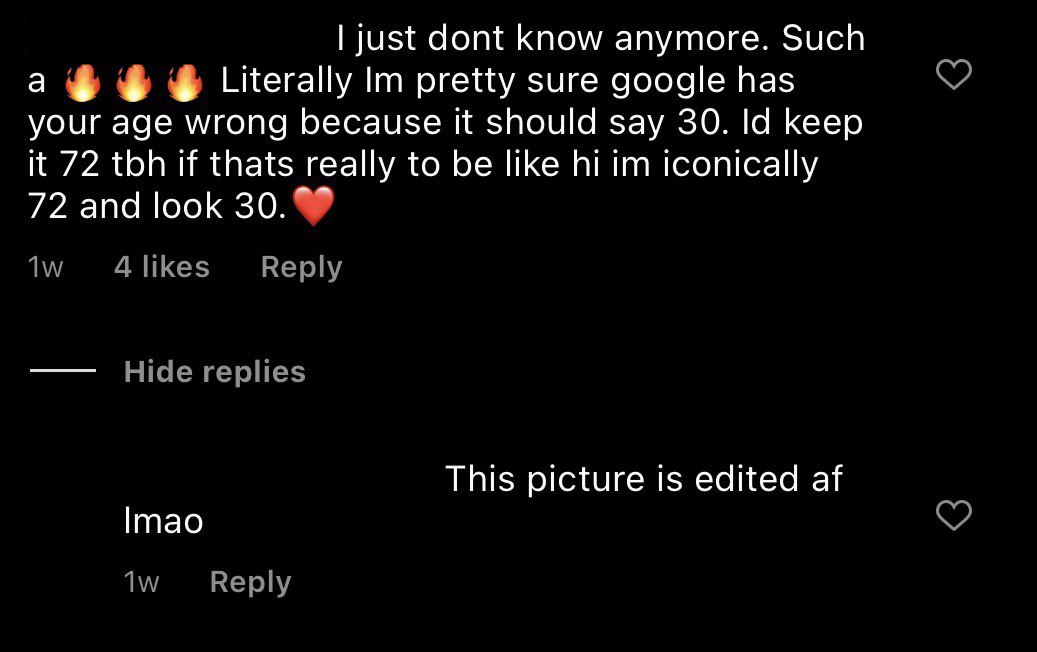