The McSpicy has landed in the UK.

It's been touted by local media as the country's "hottest burger yet", and delivery even comes with a bottle of milk. But how spicy is it really, and how are the people in UK taking to the new burger?

The verdict is still out, as mixed reactions have emerged.

Some comments on Twitter seem to suggest that yes, it is indeed "actually spicy".

One even called it a "massive mistake on (his) part" as he thought he "might actually pass out in pain". 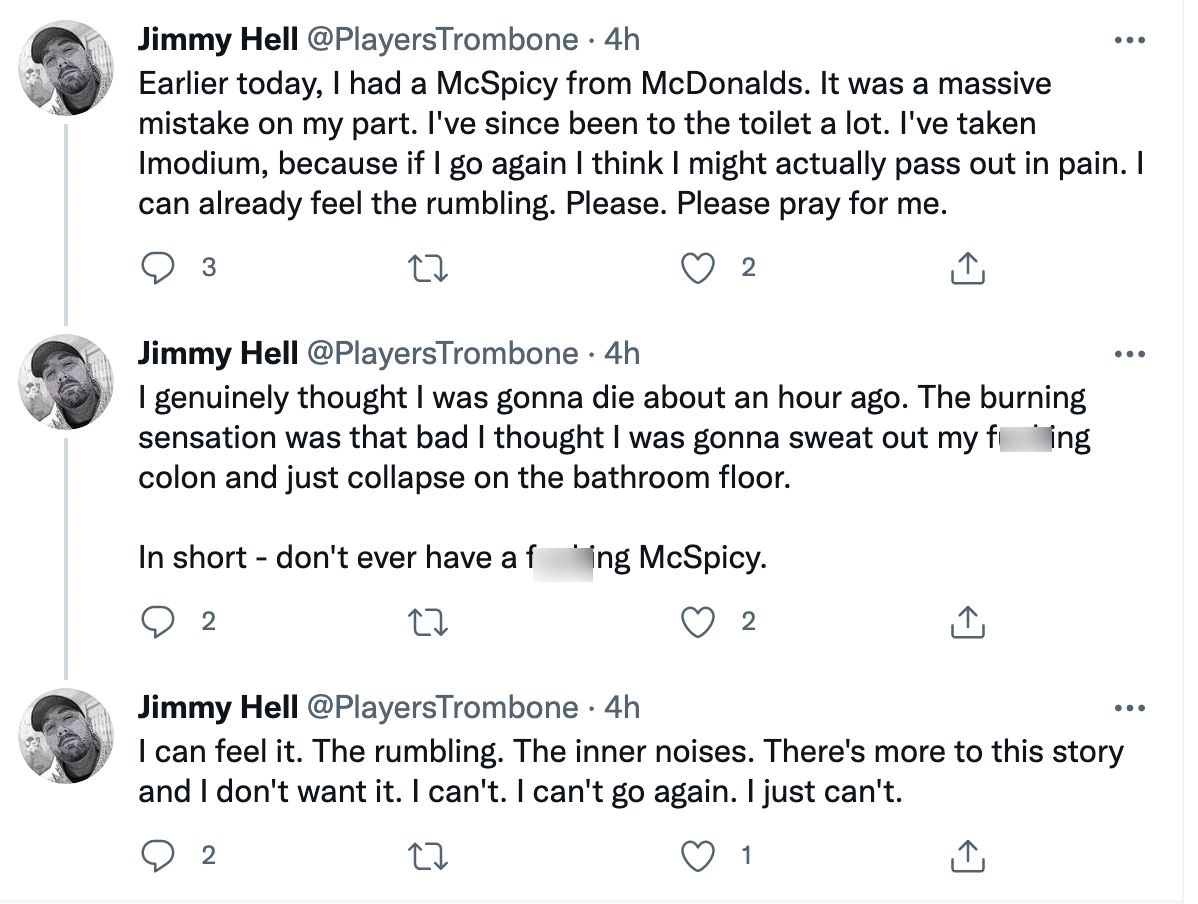 The burger looks to be pretty addictive too:

Really not that spicy at all?

Other reactions online have said that the burger is not that spicy at all, with more than one giving it a "2" on the spice scale.

The Scoville scale is a well-known tool used for measuring the spiciness of chilli peppers, which are measured in units.

Some food reviewers on YouTube really enjoyed the burger.

A food reviewer, known as Food Review Club on YouTube, said that the heat doesn't gradually build up, but "gets you immediately":

"Immediately, I've got that spice. First impressions? That is not a builder, that gets you immediately. It's now lingering in my mouth. It's pretty f**kin' spicy... Oh yeah, it's good... It's really good."

"Flavour on point", he later added.

A minus, however, would be the price of the burger (which cost around £5 for a meal, or slightly over S$9) being on the higher-end of the spectrum.

Another YouTuber, Blue Van Man, said that he was "surprised actually, by how much heat it's got to it" but said: "I don't think this will hurt so much coming out in the morning."

He also personally felt that it could use more lettuce and tomatoes, and wondered if it would have tasted better with a brioche bun.

But apparently, the burgers don't all taste exactly the same and the quality of it depends on where you get it.