When 64-year-old Zul (not his real name) was released from prison in 2008 after a six-year stint, he was determined to turn over a new leaf.

However, just when things were starting to look up, a string of unfortunate events soon followed: his business failed and his wife filed for divorce.

After winning custody of his son, Zul made his son his number one priority, and worked towards providing a stable life for the two of them.

As a single father raising a young kid, Zul's journey is tough. But as he shared with Mothership, it would not have been possible without the kindness of volunteers.

Setting up his own business

Soon after his release, Zul worked his way through part-time kitchen jobs, wherever help was needed.

His prison experience came in handy here; having spent much of his sentence working in the kitchen, he learned how to cook many dishes from different cuisines, and brought this knowledge to the workplace.

But Zul knew that he wanted to strike it out on his own, drawing inspiration from Benny Se Teo, an ex-convict himself, and the founder of restaurant chain Eighteen Chefs. To Zul, Se Teo's success was proof that even ex-convicts can achieve great things.

In 2011, Zul was able to set up his own hawker stall in Geylang, selling a wide variety of food, from soup to fried noodle — "whatever people ordered".

He took care of the stall's operations, while his then-wife was in charge of the finances.

However, in 2014, the business began to run into financial trouble, although it seemed to Zul that the business was actually doing "quite okay".

Zul wondered where the business income was going, and when various household bills went unpaid, he began to suspect that his then-wife may not have been managing their finances well.

He did not bring the matter up to her, however, focusing instead on turning the business around, even going to the extent of relocating multiple times.

Alas, these efforts were ultimately in vain, as they continued to lose money over the next few years.

His son was born amid troubled times

Hafiz would prove to be a shining beacon in the darkness for Zul, at the time when his business was failing.

Although he recalled being very depressed then, his son remained a source of joy. During his son's early years, Zul spent most of his time working at the hawker stall, while his then-wife took care of Hafiz.

This was a source of dissatisfaction for the couple, as Zul became upset with how their son was being cared for.

While his mother was supposed to ensure he went to school daily, Hafiz would often be absent from school.

Whenever he was in school, he would argue with teachers, prompting the school principal to contact Zul and his wife on a regular basis.

To make matters worse, by 2018, Zul's hawker business was unsustainable, and he had to give it up.

Between their constant disagreements, and their business troubles, the couple eventually went through a messy divorce in 2019, although Zul managed to secure custody of his son, and rights to the matrimonial home.

Zul spent as much time as possible with his son

As a single father, Zul soon found that Hafiz was quite difficult to raise on his own.

The boy was often rowdy in school and found it difficult to concentrate on his studies. As a result, Zul regularly received calls from his son's teachers.

Zul also found himself in frequent meetings with both the school principal and staff from the Ministry of Education (MOE), all of whom were concerned about his son's behaviour in school.

He recalled begging the principal during one of those meetings to give him some time to guide Hafiz, and promised that things would get better soon.

Zul's income didn't allow him to hire a tuition teacher for Hafiz and so he tried his best to coach his son in his homework.

"Whatever I know, I tell. If I cannot answer, give me some time, I try to find the answer for him," he said.

All the time that Zul spent with Hafiz eventually paid off, and the boy began to do better in school over time. His behaviour in school also improved gradually, as Zul spent more time guiding him.

While taking care of his son alone might be challenging, Zul said that it's well worth it, especially given how close the two have become over the last few years.

Every morning when Hafiz wakes up for school, his first words are: "Pa, you love me or not?"

He repeat his question after he showers, and one last time before he leaves for school.

The answer from Zul never changes.  He always assures his son that he loves him. And when Hafiz questions how much he cares for him, Zul often gives the same reply:

"Infinity. I don't know how to measure".

The time that Zul spent with his son has also influenced the latter greatly, as Hafiz aspires to be a chef in the future, just like his father.

Hafiz has also said that his primary motivation is to be able to cook for his father.

Chose to quit his job to stay with his son

Zul hopes to restart his hawker stall in the future, though it remains a distant dream for now, as his focus is to take care of his young son.

While he initially worked a number of part-time jobs, mostly in the F&B industry, he soon faced a roadblock.

As any single parent would be able to empathise, raising a 9-year-old alone is a full-time job in itself.

While he desperately needs to work to pay off certain residual debts from his failed business and past marriage, Zul is unable to find full-time work as it would mean that his son is left alone at home — something that could result in him losing custody of his son.

Despite knowing that his finances will take a huge hit, Zul proceeded to quit his job, prioritising his son over everything else.

With a full-time job now out of the question, Zul relies on cooking curry puffs from home for income, selling them to customers through word of mouth.

He does not earn much per month, as his profit margins are between 10 to 20 cents per curry puff.

However, Zul insists that he is happy that this arrangement, as it allows him to stay with his son.

New Life Stories provided him with much needed help

Without a full-time job, Zul has to rely more on financial aid from government agencies and other forms of help from other organisations.

One of the organisations which provided Zul with much-needed aid was New Life Stories, a non-profit organisation that specialises in supporting families of the incarcerated.

Volunteers from New Life Stories took the time to conduct reading sessions with Hafiz, even going to the trouble of going to the library specifically to get the books he requested.

Over time, Hafiz became more attached to the volunteers as he grew familiar with them, and their reading sessions became highly-anticipated occasions.

When volunteers from New Life Stories noticed his passion for cooking, they also arranged suitable learning activities for him, such as a "spice chart" which helped the boy learn about different kitchen spices. 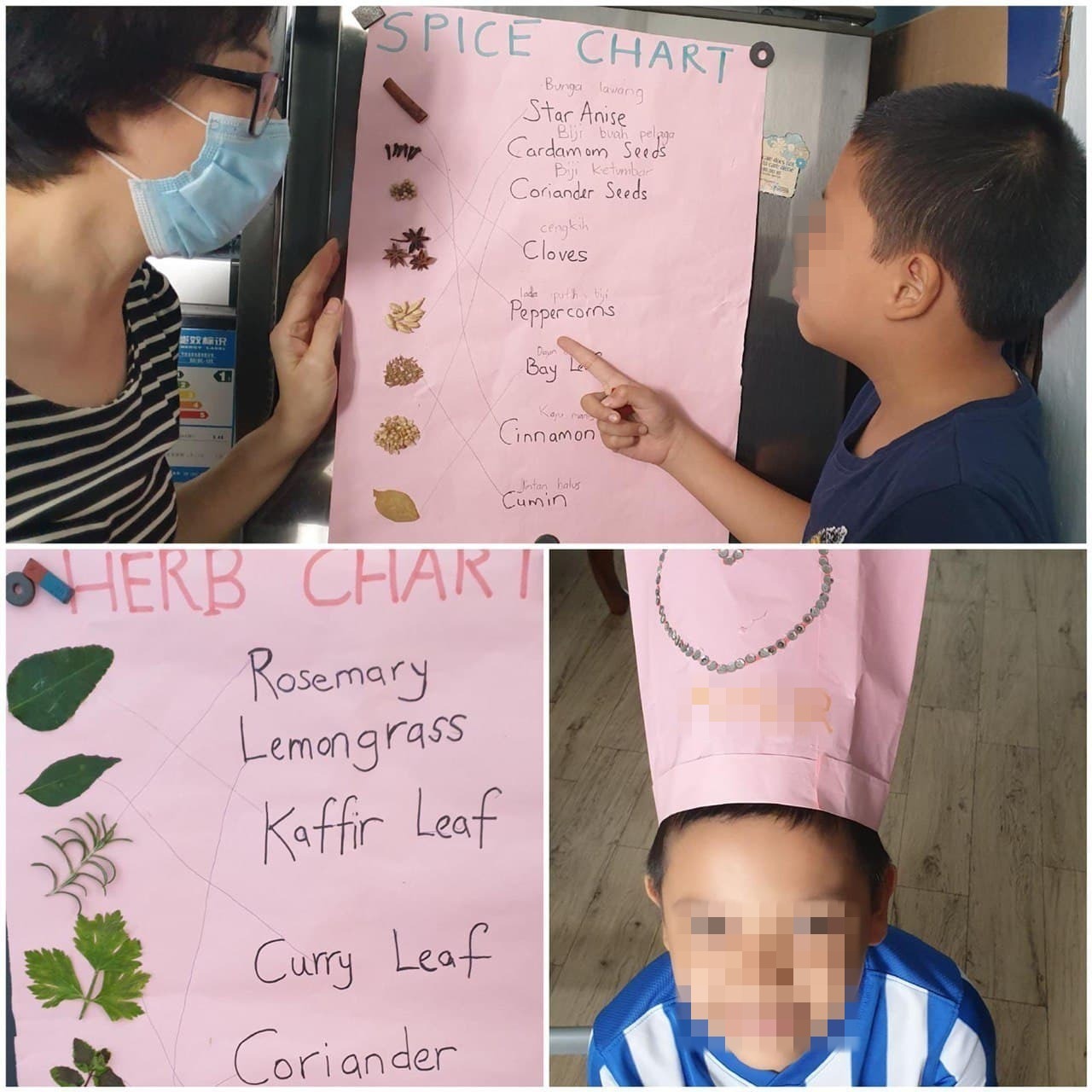 That's not all. After noticing that his flat was in need of a fresh coat of paint, New Life Stories collaborated with volunteers from Standard Chartered to paint Zul's apartment for free, an act which touched him greatly.

"That time, my heart really touched. I have no words to say; I just pray to God. I was very grateful that there were still people that want to support people like me."

And what of the future?

Zul said that when his son becomes older, and can take care of himself, he hopes to be able to set up another hawker stall, noting that he will take better care of its finances this time.

Given that his son has expressed an interest in cooking at such a young age, he hopes that he will be able to teach him everything he knows, and let him take over the stall in the future.

He acknowledged that it won't be easy, given his advanced age, but he expressed his hope that he will be able to overcome any difficulties, if it means he can leave something behind for his son.

“My son is my strongest motivation to succeed in life. Without him, I will not be the man that I am today."

If you would like to support the work that New Life Stories does, you can join them as a volunteer or support them financially with a donation. 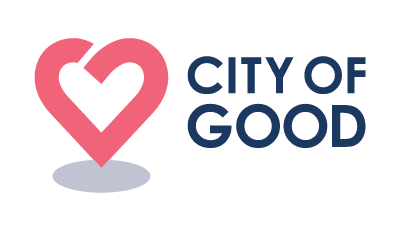