A bouquet of flowers has been left at the gate of River Valley High in Boon Lay after a 13-year-old boy was allegedly killed by a fellow 16-year-old student on July 19, 2021.

A picture of the flowers on the ground as a tribute to the deceased student was put up on Instagram.

Man on bicycle seen with flowers

A man in black riding a bicycle was seen outside the school a few hours after news of the student's death was reported.

The man, who appeared to be in his 20s, was seen by a Mothership.sg reporter on the ground. 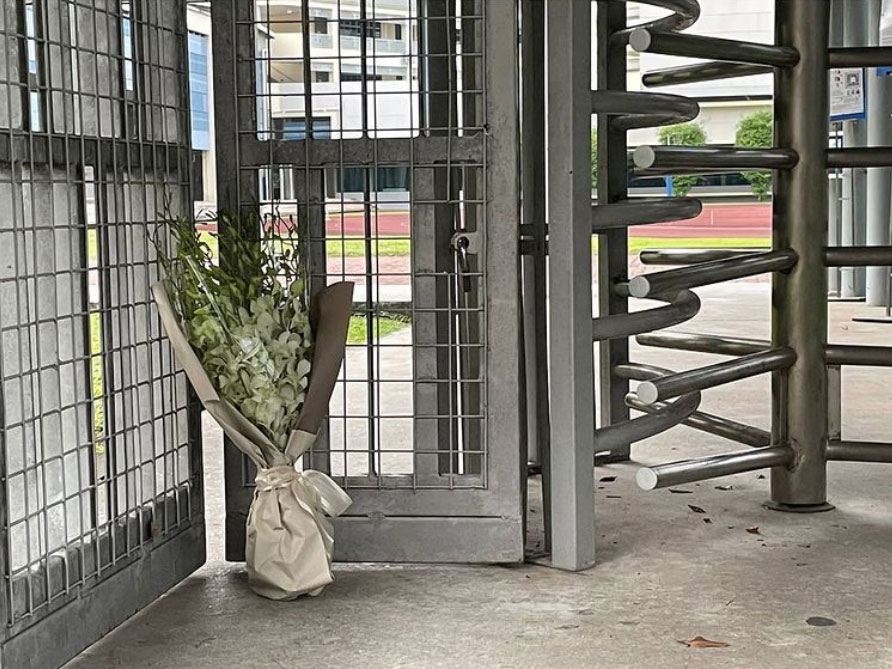 He left shortly after laying the flowers at the gate of the school.

Condolences and messages to console the bereaved and help those affected have also appeared online.

Radio personality Joakim Gomez wrote on social media to encourage those who need to speak to counsellors and adults to step forward. Minister for National Development Desmond Lee has also put up a post on social media expressing his condolences.

He changed his profile photo on Facebook to a greyscale image of River Valley High.

Details about the incident remain unclear as the case is now under police investigation.