Actress, host, and former radio presenter Naomi Yeo has warned followers against exercising post-Covid-19 vaccine after doing so landed her in the A&E.

In a series of Instagram Stories posted on July 21, the 26-year-old said she started experiencing a tightness in her chest on Monday evening (July 19).

She had resumed her workout routine shortly after the fever from her second dose of the Moderna vaccine subsided.

Yeo admitted that her impatience had gotten the better of her, and called the move a "big mistake" on her part.

By Tuesday night (July 20), what was originally a "gentle squeeze" had turned into something painful.

That was when Yeo's husband, Singaporean musician Benjamin Kheng, sent her to the hospital.

A doctor subsequently confirmed that what Yeo was feeling was the result of exercising too soon after the vaccine, but it was thankfully not myocarditis (inflammation of the heart muscle).

The radio presenter assured followers that she was "ok" and taking muscle relaxants to help with the condition.

She added that her sharing was meant to encourage others to rest following their vaccinations, rather than to deter anyone from getting their shot. 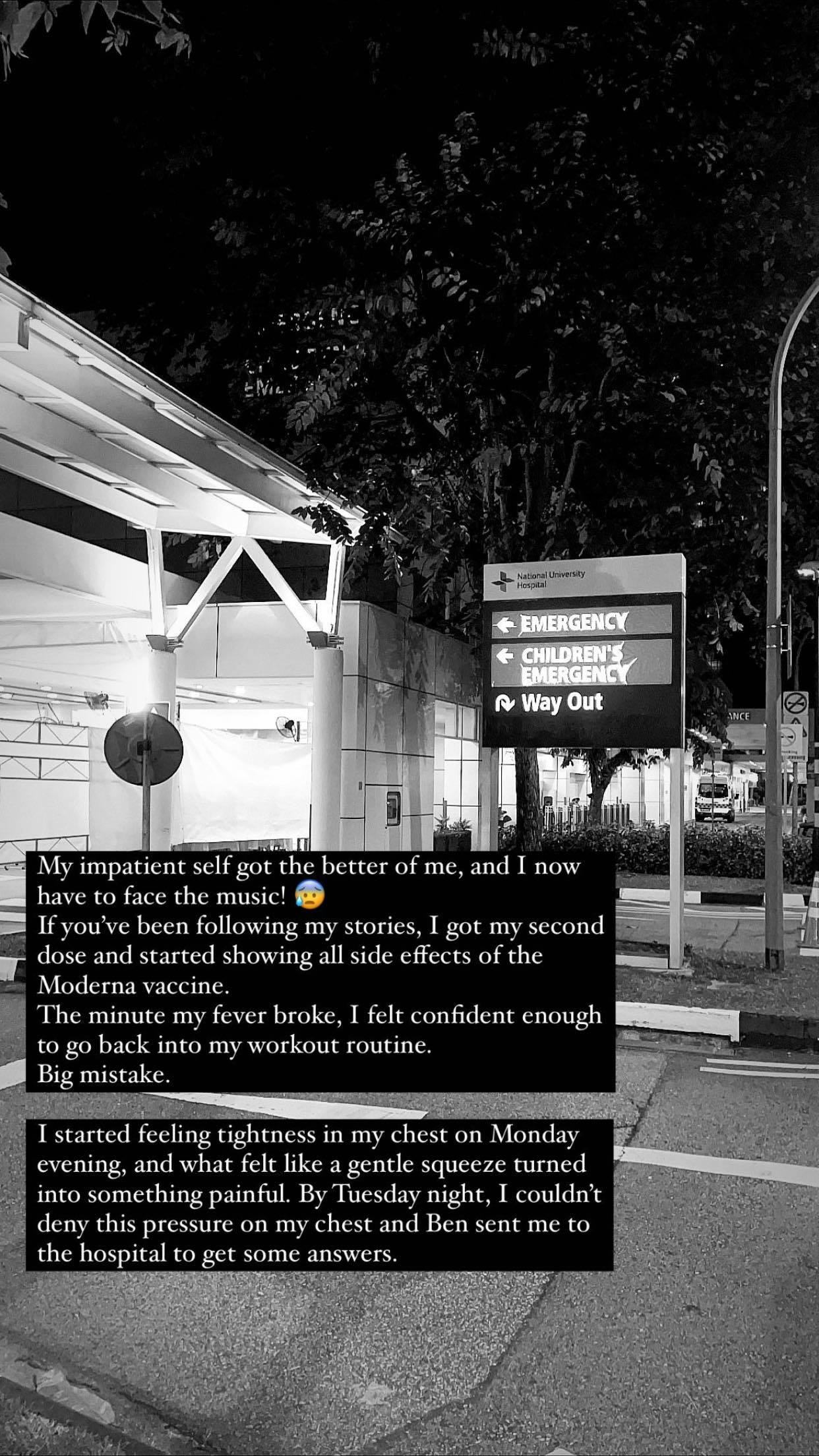 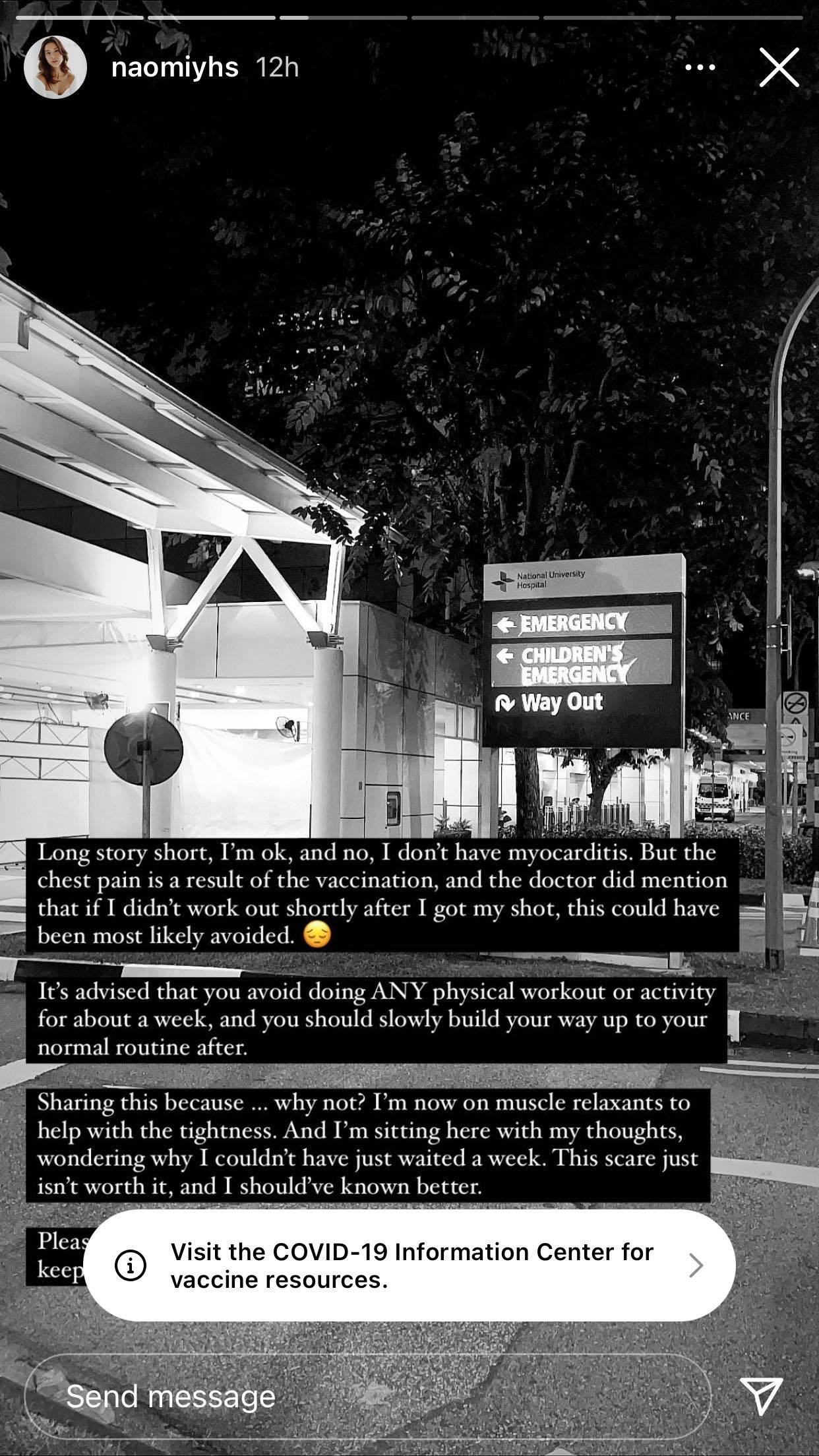 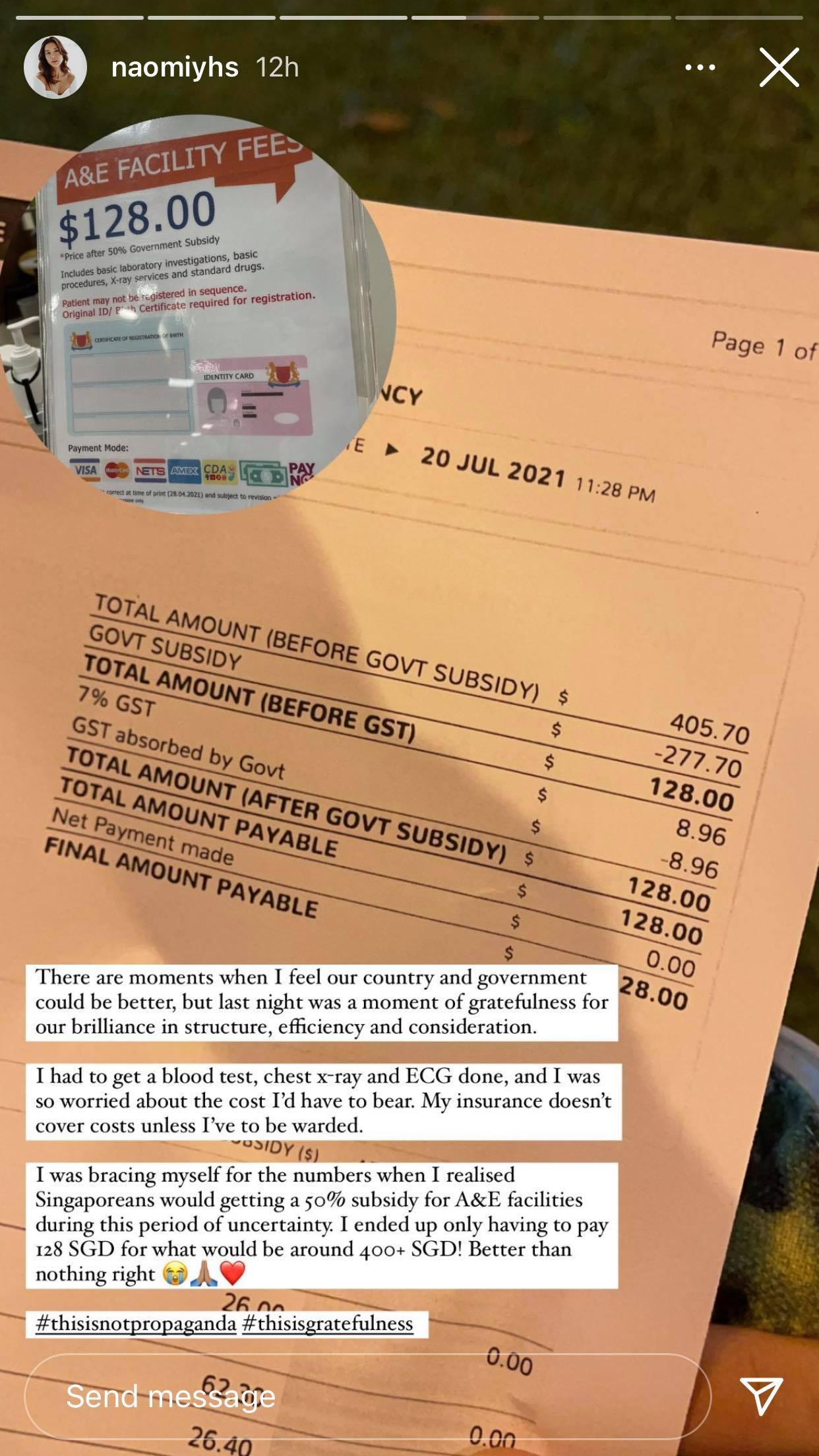 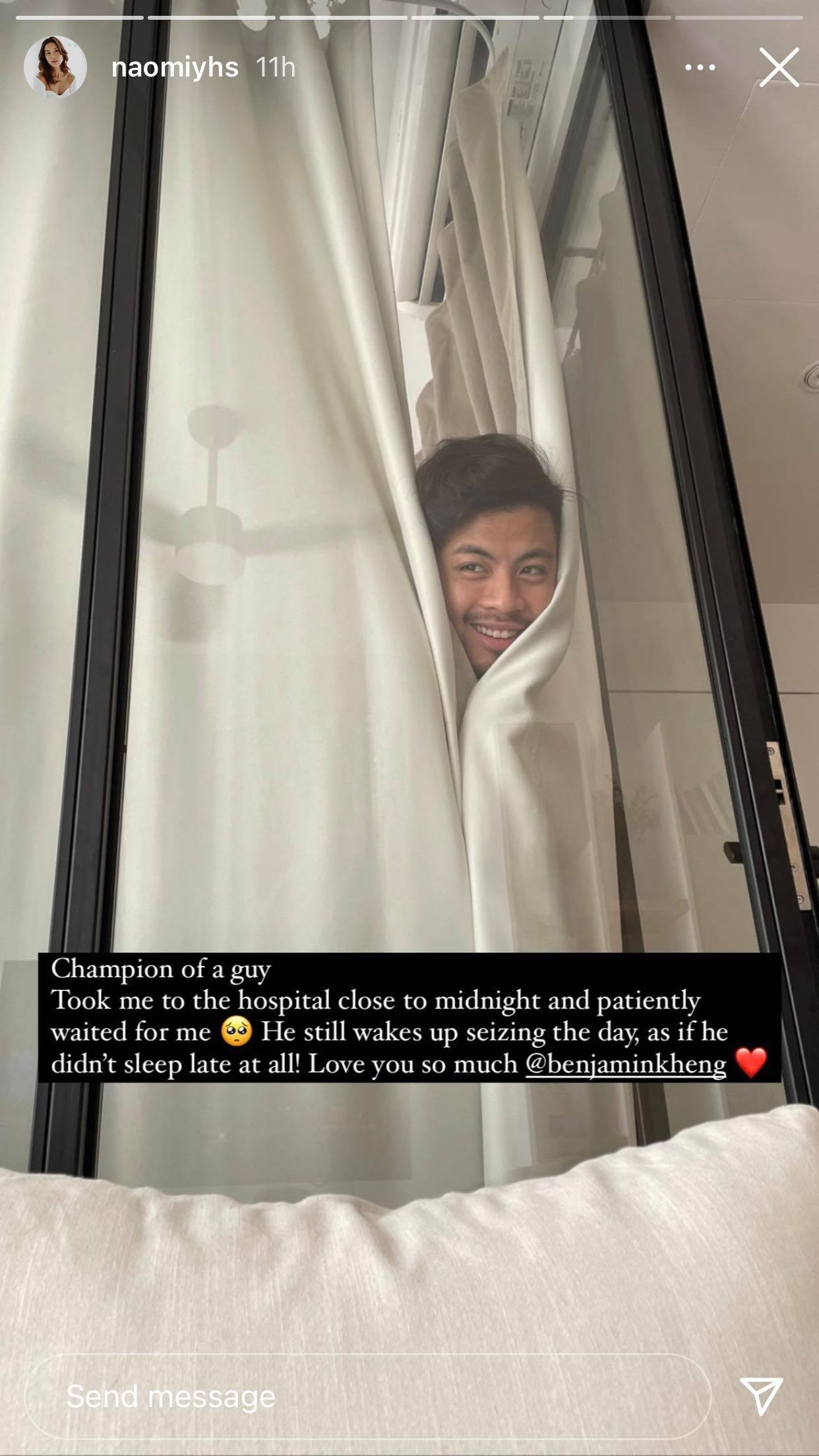