The Ministry of Health (MOH) is investigating cases of Covid-19 infection amongst social hostesses who had frequented KTV lounges or clubs currently operating as F&B outlets, and their close social contacts.

MOH has found that there is likely ongoing transmission at the following premises:

To break any potential chain of transmission and enable deep cleaning, these premises will be closed to all members of the public from July 15 to July 29.

In addition, MOH will extend free Covid-19 testing to members of the public who had visited the following premises between June 29 and July 14:

The free testing is also open to members of the public who have interacted with social hostesses of any nationality in any setting between June 29 and July 14.

All visitors to these premises and similar settings and those who had interacted with social hostesses of any nationality are advised to monitor their health closely, and to minimise social interactions as far as possible, for 14 days from their date of visit or interaction.

They are encouraged to see a doctor immediately if they feel unwell.

Previously, three other KTV lounges were closed from July 13 as well due to likely ongoing transmission.

Health Minister Ong Ye Kung urged those who had interacted with any staff or patrons at any KTV lounges to step forward for free Covid-19 testing.

According to the night update, MOH confirmed a total of 56 new locally-transmitted cases of Covid-19 on Wednesday, July 14, of which 42 belong to the KTV cluster.

Of the 56 cases, 17 are linked to previous cases, and have already been placed on quarantine.

34 are linked to previous cases, and were detected through surveillance, while five are currently unlinked. 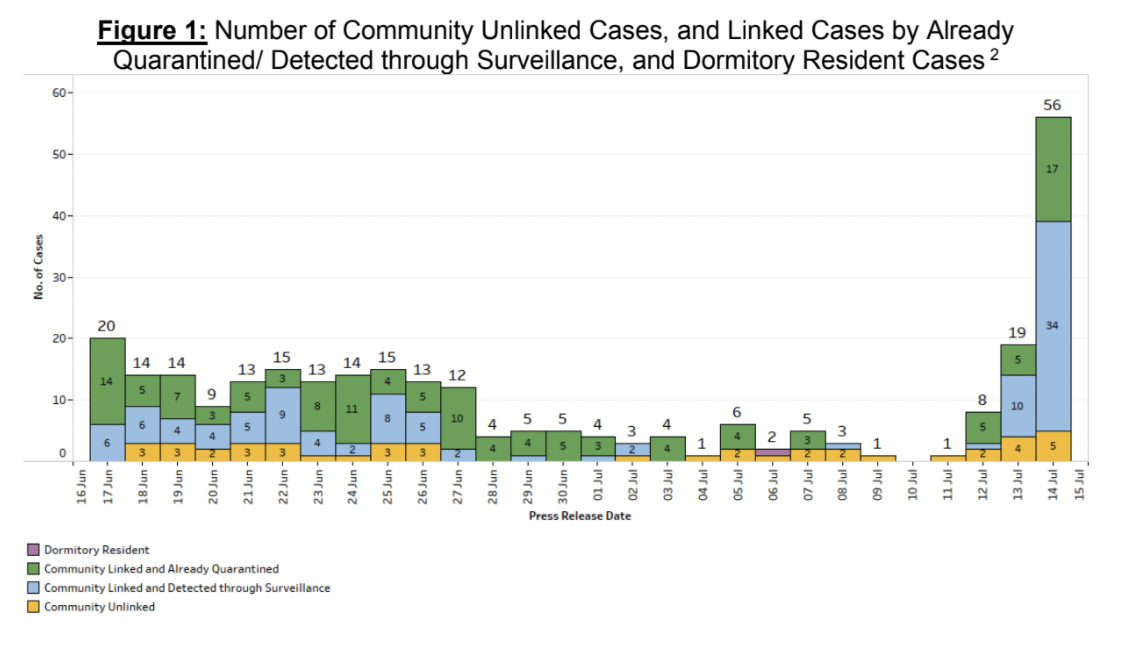 There are also four imported cases, who were already placed on Stay-Home Notice (SHN) or isolated upon arrival in Singapore. Three were detected upon arrival in Singapore, while one developed the illness during SHN or isolation. 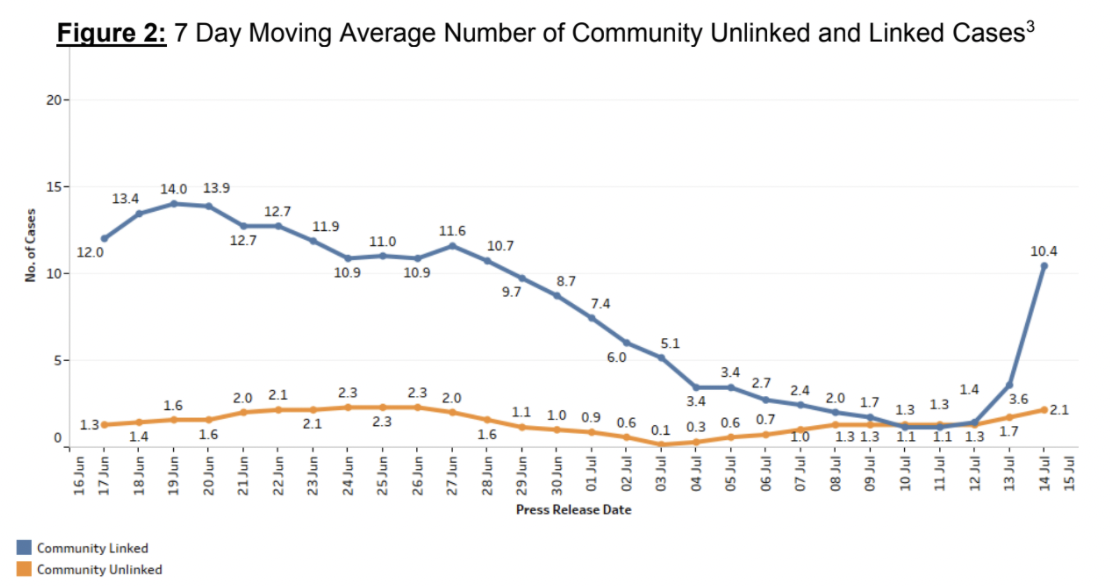 As of July 13, MOH has administered a total of 6,440,735 doses of Covid-19 vaccines under the national vaccination programme.

2,420,824 individuals have completed the full vaccination regimen, consisting of 32,523 recovered persons who received at least one dose and 2,388,301 who received their second dose. 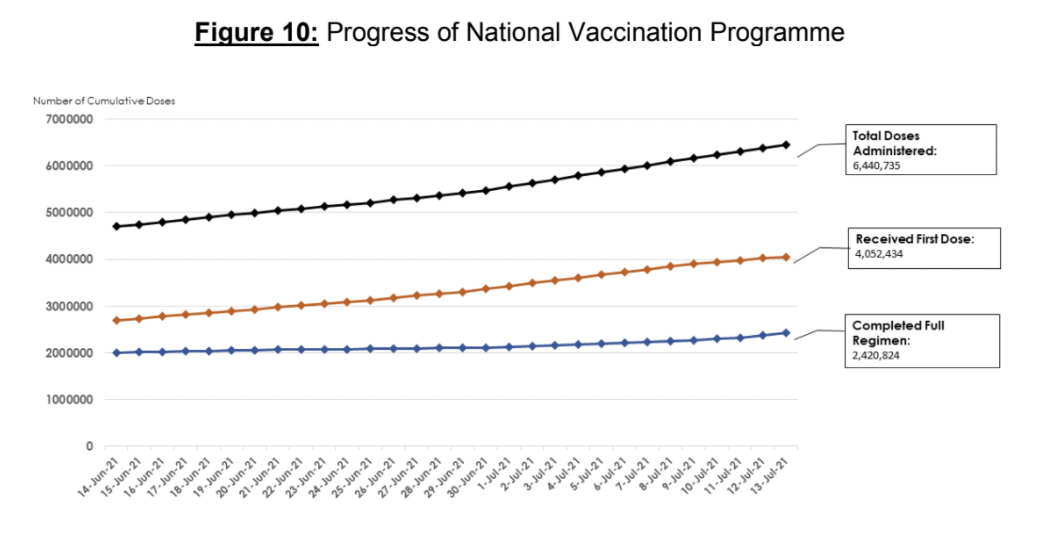 MOH continues to observe evidence that vaccination helps to prevent serious disease when one gets infected.

Over the last 28 days, 18 local cases required oxygen supplementation, were admitted to ICU or passed away.

125 cases are currently warded in hospital. Most are well and under observation.

There are currently eight cases of serious illness requiring oxygen supplementation, and one in critical condition in the intensive care unit.