Here are the prices for tickets. 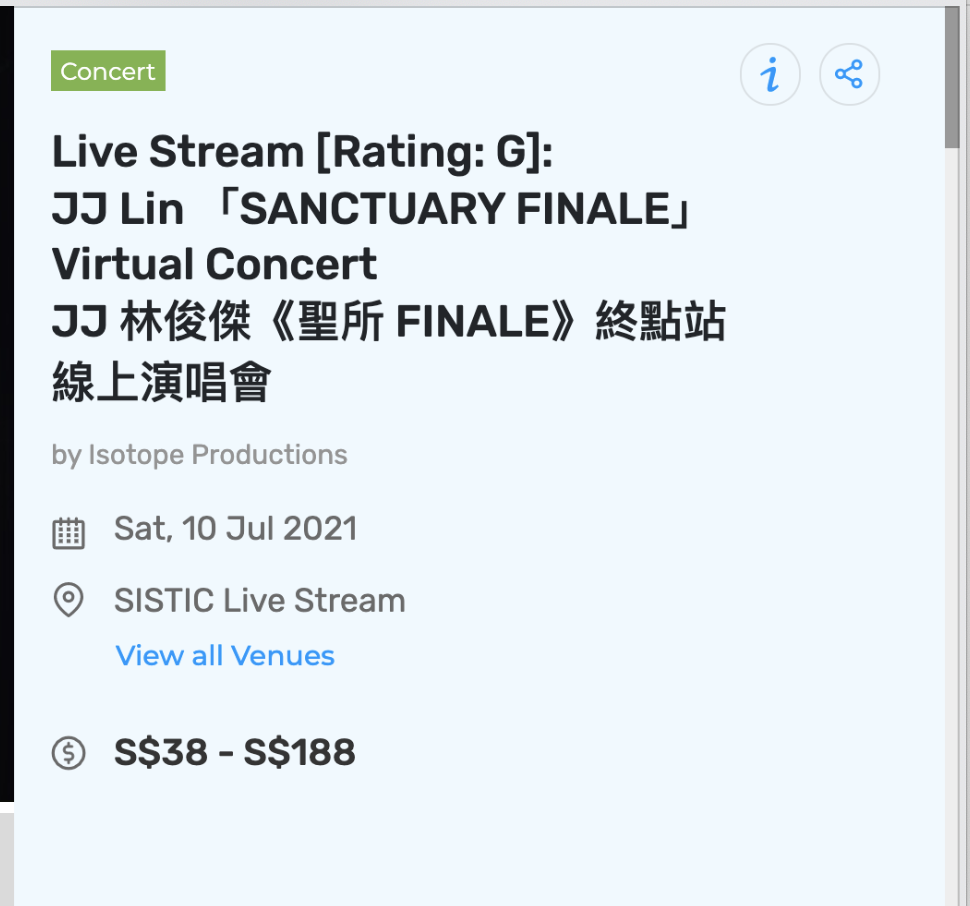 The concert so far though has not been smooth streaming. 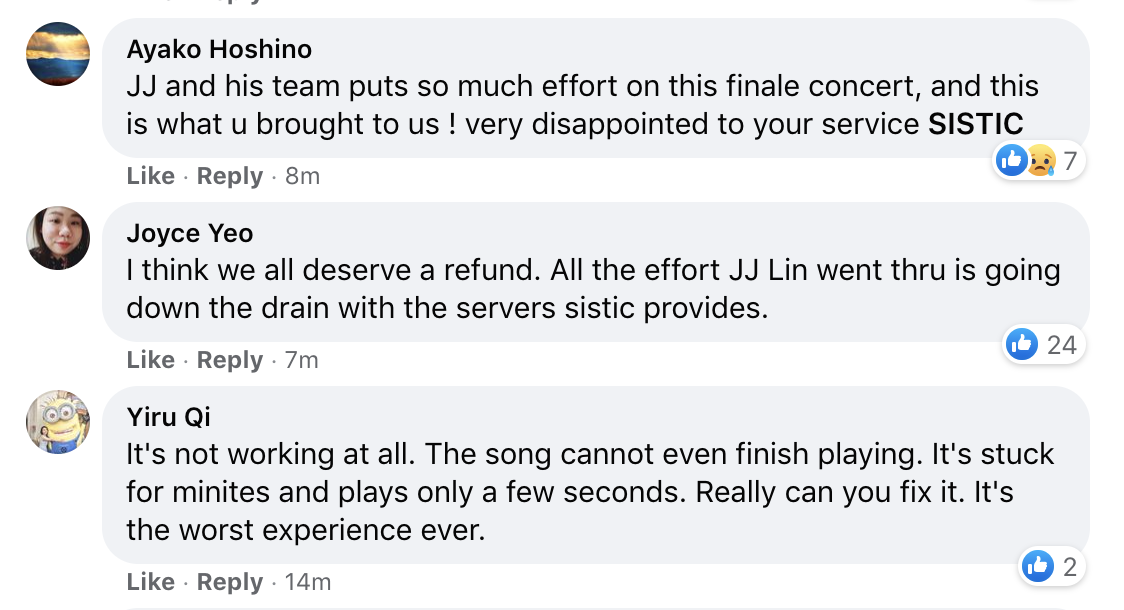 However, there appears to be complaints from all over, including the U.S., Taiwan, and Malaysia.

Which means the technological failings are not limited to Singaporean viewers.

Some tried whatever they could to make it load.

Here's a sample of some of our readers' experience with the concert so far.

There is a disclaimer in the concert sales page on Internet speed.

Doesn't appear to help though. 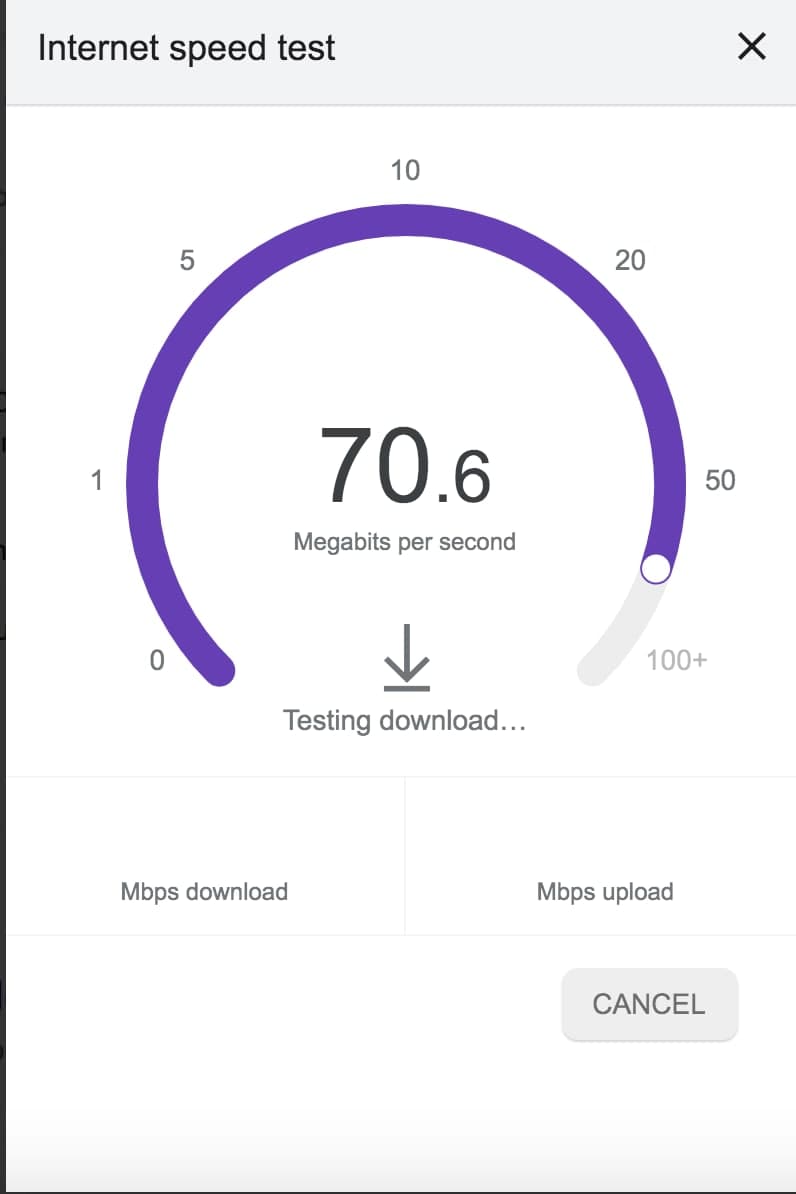 Sistic released a statement apologising for the technical errors.

Some fans in the comments however appear to be demanding a refund still.

At the end of the concert, JJ Lin addressed the issue of the lagging after thanking everyone he worked with, saying the lagging issues were a pity.

Lin said he will communicate with Sistic regarding the issue.

Mothership has reached out to Sistic and JFJ Productions, and will update the article accordingly.