About 30 residents were evacuated from Block 295C Compassvale Crescent, after a fire broke out in one of the units.

One occupant sent to hospital for smoke inhalation

The Singapore Civil Defence Force (SCDF) responded to a fire at the block on Monday (July 19), at about 2:50pm.

The fire involved the contents of a living room of a unit on the sixth floor, with two occupants from the unit having evacuated prior to the SCDF's arrival.

According to SCDF, dense black smoke was seen coming out of the affected unit, and the entire unit was damaged by heat and smoke. 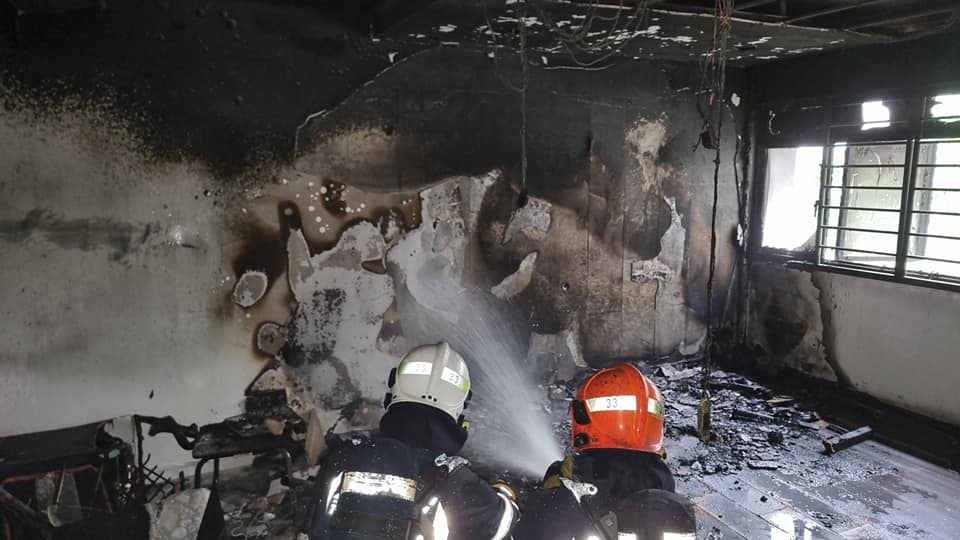 The SCDF assessed the two occupants from the affected unit, conveying one of them to Singapore General Hospital for smoke inhalation.

The fire was extinguished with a water jet.

Preliminary investigation into the cause of the fire indicates that it was of electrical origin, from a portable vehicle jumpstarter that was being charged at the time of the fire.