A colugo that was found clinging onto the side of a SMRT bus for an unintended joyride was rescued by wildlife rescue organisation Acres.

Photos of the gliding creature were posted to Facebook by one Edwin Teo on July 20.

Teo said that the photos were taken by someone else, but shared that the colugo had tagged along for the trip for quite a while.

It had apparently been holding onto the top of the bus's front door from Bukit Timah all the way to Choa Chu Kang.

Here's a photo of it clinging on for dear life, looking a little bit like a pancake.

The images also sparked some confusion as to what exactly the animal was. 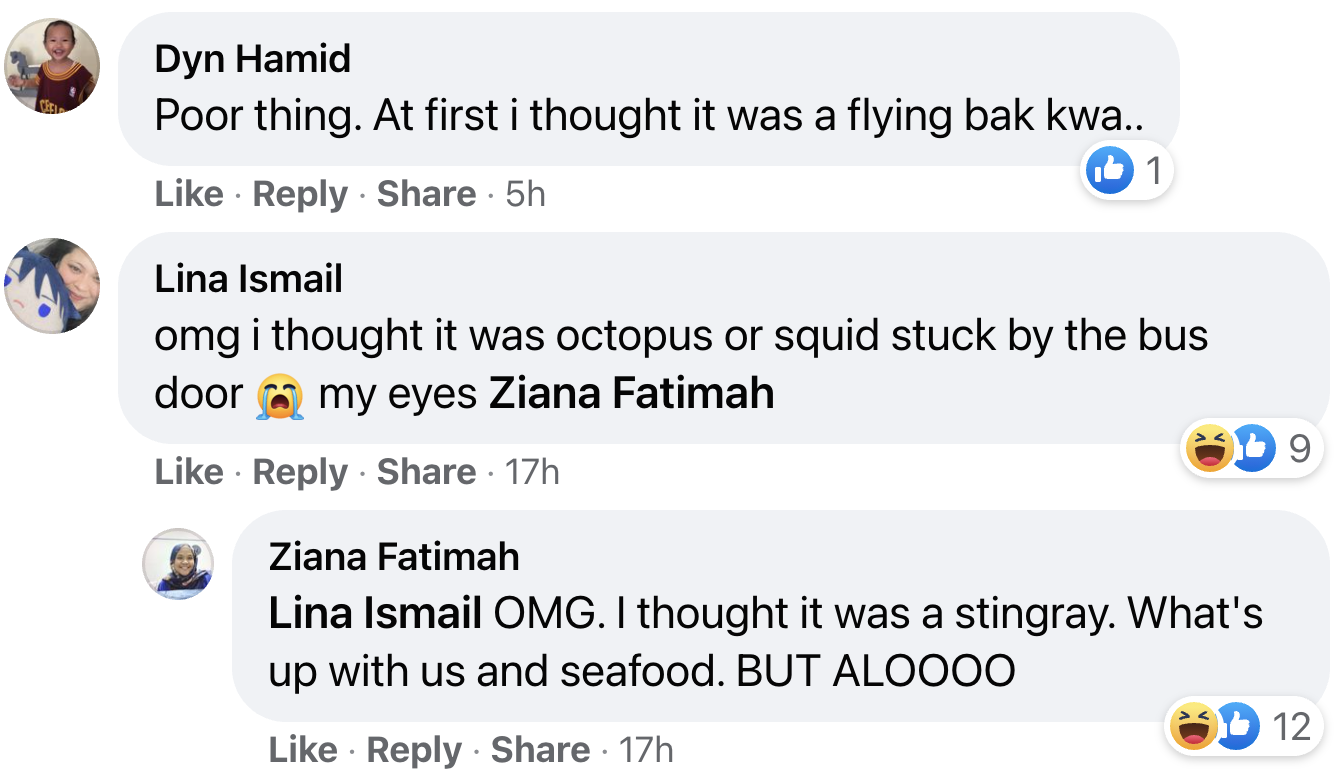 Colugo may have misjudged distance while gliding

He revealed that the incident actually occurred back in April.

Although colugos are good gliders, Kalai speculated that this individual might have misjudged the distance while gliding or may have been attacked by a predator while doing so, causing it to crash onto the bus.

The colugo was subsequently rescued, and fortunately, sustained no injuries from its jaunt around the neighbourhood.

To ensure that the colugo was released back into its rightful habitat, the Acres rescue team traced the bus' route to come up with the most likely location the colugo was from.

It was released after some rest and fluids for rejuvenation following the stressful experience.

If you're wondering exactly what kind of animal a colugo is, it's neither a squirrel nor some sort of arboreal (tree-dwelling) cat.

Instead, their closest evolutionary relatives are primates. Although they are occasionally called flying lemurs due to their physical resemblance, colugos are not actually lemurs.

Colugos travel from tree to tree by gliding — they can reach distances of up to 70m this way without losing much altitude.

Although the colugo on the bus was extremely fortunate to remain uninjured, other individuals that venture out of natural habitat into urban areas might not fare as well.

Those who come across a wild animal in distress can call the 24-hr Acres wildlife rescue hotline at 9783 7782.