At least five neighbours in Compassvale Crescent in Sengkang have called the police more than 50 times on one particular unit for subjecting many of the residents in the same block to loud banging noises day and night.

The block in question is Block 295B in Compassvale Crescent in Sengkang.

Despite getting the authorities involved, the persistent loud noises emanating from one flat on the 14th floor still did not cease.

The next best option, one resident of the block surmised, was to contact Shin Min Daily News and let residents have their say.

A resident on the 13th floor, surnamed Wang, 60, got in touch with the Chinese media, which reported on the bizarre collective community hatred against the noise maker.

He said that after the residents above him moved in two years ago, they began knocking on the wall and ceiling day and night, making noise and affecting residents.

He said: "The residents would make knocking noises every half an hour, sometimes up till 4am. My one-and-a-half-year-old granddaughter was often woken up and would cry. The whole family can't sleep well and our physical and mental well-being have been affected."

"Five of us neighbours have reported to the police more than 50 times and sought help from different government agencies but there is no solution."

The loud noises are audible enough they have been heard from six storeys down.

A resident on the eighth floor complained that after his family moved into the block in September 2020, he heard what sounded like sounds of objects being struck every day.

At first he thought it was caused by a neighbor on the ninth floor, but that neighbour was also affected by the noise.

The eighth floor resident said: "My wife just became pregnant in March this year. I was worried that the noise would affect her and the foetus. I couldn't bear it."

In an attempt to find out the origins of the noise, the eighth floor neighbour went up floor by floor to find the source and traced it to a 14th floor unit.

By this time, he revealed, the neighbours in the block had gotten into disagreements with one another as they all suspected one another to be the culprit.

On July 6, the affected residents even called the police twice so that they can coordinate with one another to find the source.

When Shin Min queried the police, the authorities confirmed that a report was made at 2:53am about a case of mischief and all parties have since been informed about their options and no further action has been taken.

Residents on the 12th floor said they were often affected by the noise from the unit on the 14th floor, as they started working from home a year ago.

Not only have they been unable to concentrate on their work, the noise puts them in a bad mood.

When queried by Shin Min, the suspected resident on the 14th floor said she was being harassed by the other residents instead.

The 14th floor resident said: "We have never made any banging noises. The noise comes from the 15th floor. Now the resident has joined forces with the rest to slander us and set up a group against us. I don't think he has the sincerity to solve the problem, as he didn't go to the mediation court."

When queried, the resident on the 12th floor admitted to using a hammer to demonstrate the sound of loud banging noises to the 14th floor resident, but said no harm was intended.

This incident is now under police investigations.

The 12th floor neighbour added: "The 14th floor resident's son was even pulling me into the unit, but a neighbour from a lower floor came to help me."

No banging noises in the afternoon

When Mothership.sg paid a visit to the block on July 9 at about 2pm, there was no banging noises for the 20-minute duration of observation there.

The only audible sounds were from the busy expressway in front of the block, as well as regular ambient noises. 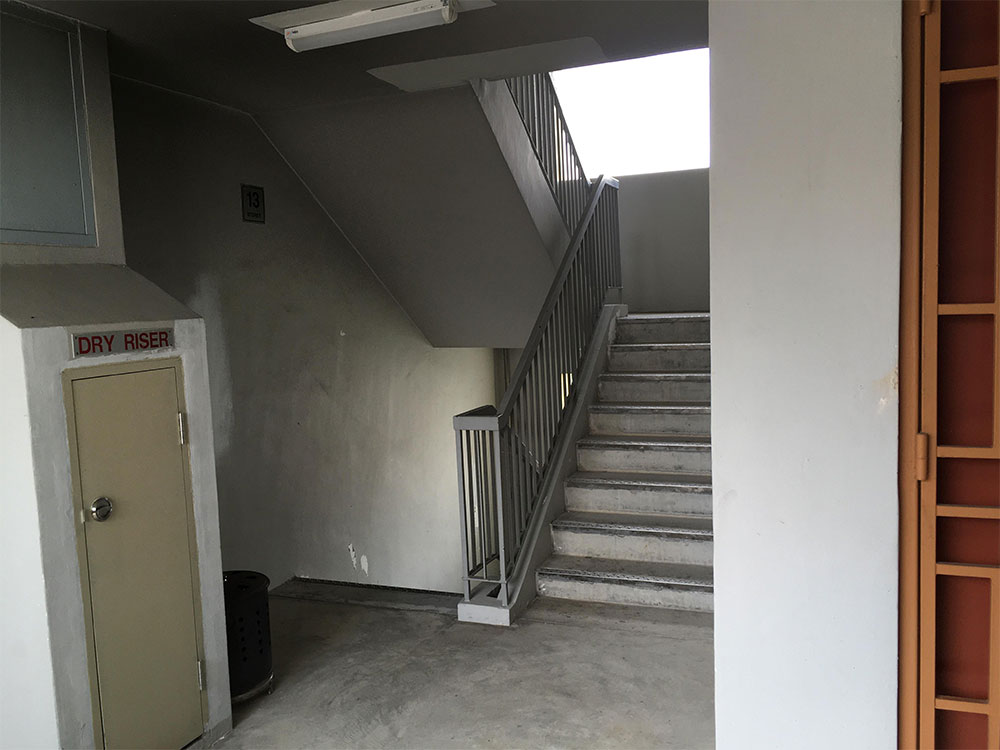 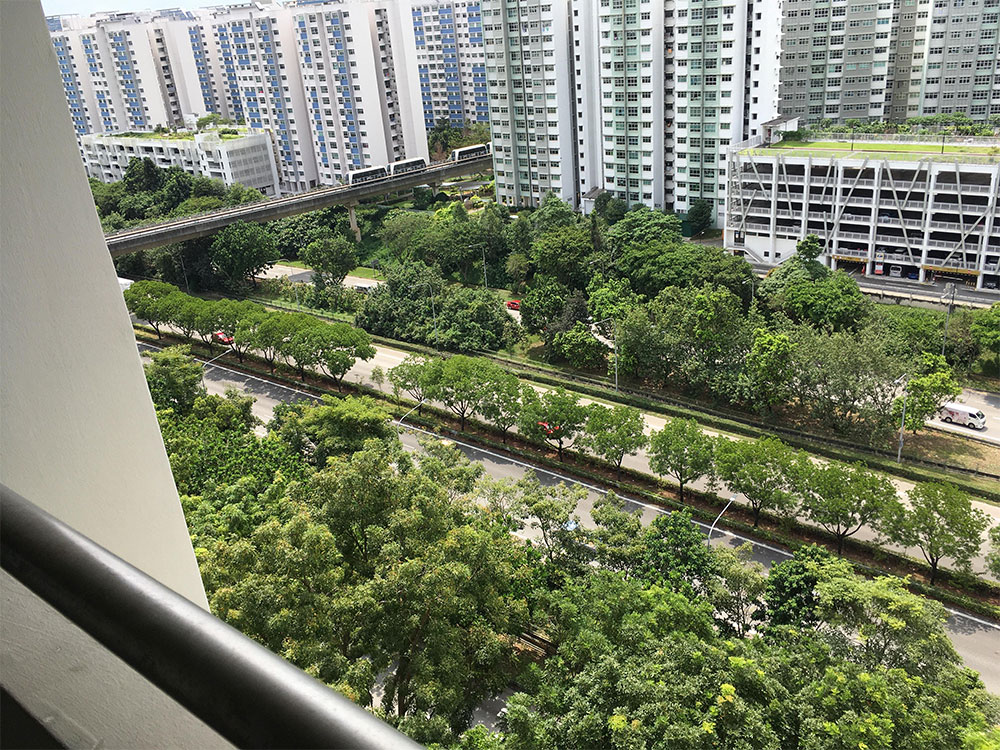 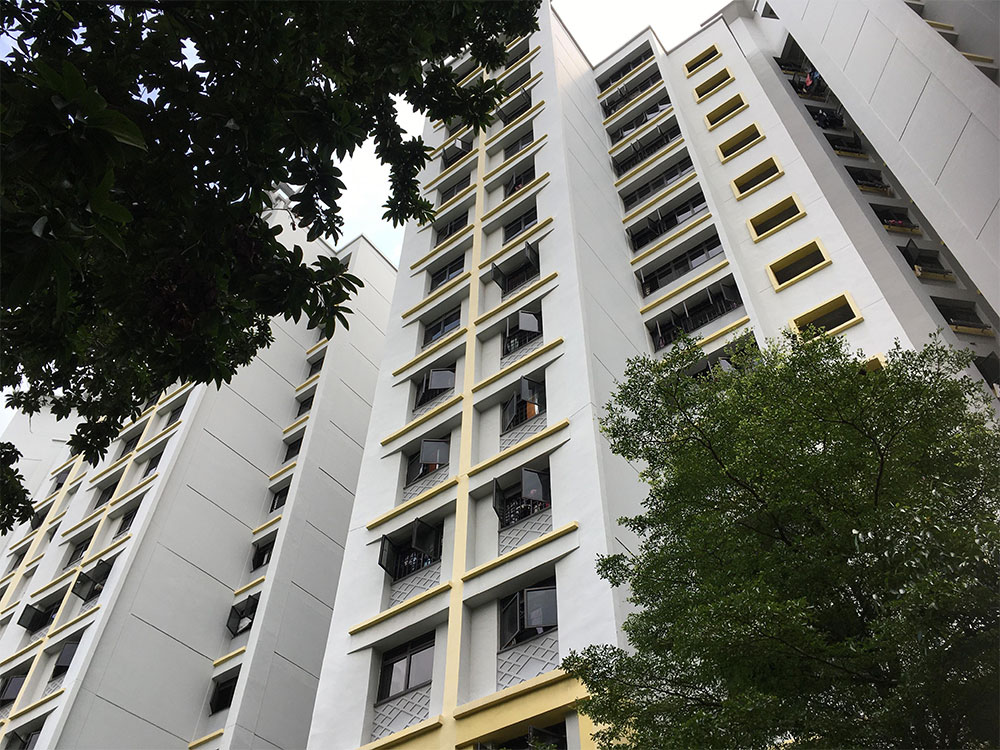