An accident involving a motorcycle, tipper truck, and van occurred along Woodlands Avenue 12 towards Seletar Expressway (SLE) on Monday, June 7, at around 8.20am

A 19-year-old woman, believed to have been riding pillion on the motorcycle, was pronounced dead at the scene by a Singapore Civil Defence Force (SCDF) paramedic.

According to Shin Min Daily News, the tipper truck was suspected to have applied the emergency brakes, which resulted in the motorcycle behind it to not brake in time, causing a collision.

The woman, who was believed to have been riding pillion, was thrown off the motorcycle.

Video footage of the accident showed a blue police tent at the scene, as well as debris on the road. 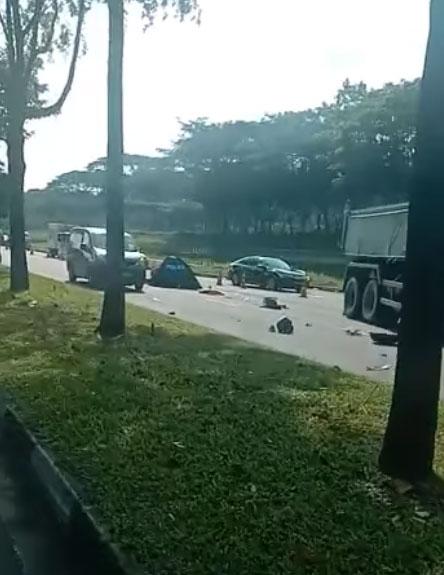 A van could also be seen in the footage.