A group of people in Singapore spontaneously got together to help a driver push his stalled car stuck at a precarious position at the super busy cross junction of Clementi Avenue 6 and Commonwealth Avenue West.

A video of the incident of Good Samaritans jumping in to help out was shared online by the grateful car driver.

The incident occurred on Tuesday, June 15, at around 7:40pm.

According to the driver, Tan Wei Boon, his car's alternator was facing issues, and subsequently, the vehicle stalled and could not be jumpstarted again.

An alternator is a type of electric generator that charges the car's battery and power the electrical system when the engine is running.

Tan was out buying dinner for his colleagues back in office when the incident happened.

During his failed attempt to restart his car, a black Mitsubishi Lancer, a police patrol car with its blinkers turned on showed up at the scene. 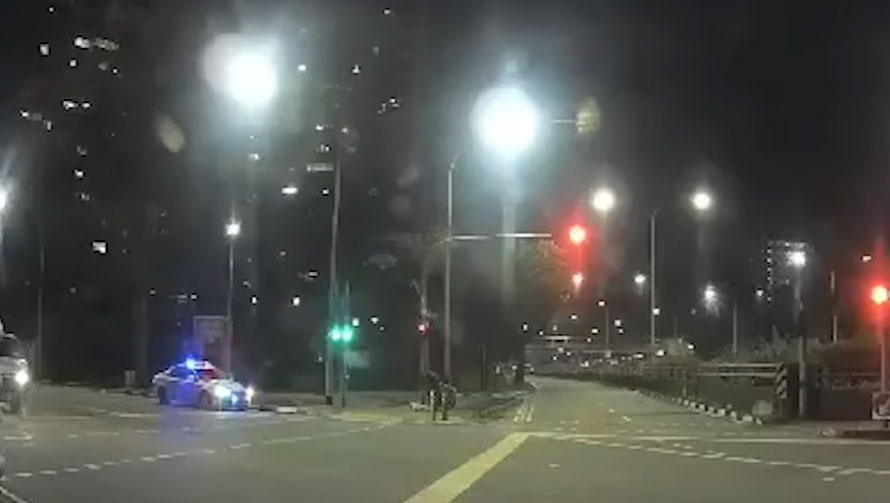 It was drizzling at that time.

In the video's caption, Tan wrote that he felt stressed when he saw the police approaching him at first.

However, the pair of police officers who emerged from the patrol car then ran towards Tan and his stalled car.

It turned out they had arrived to give the driver a hand by pushing his car out of the busy intersection onto a smaller road and into a nearby housing estate car park.

Video of police officers in action

The video extracted from the stalled car's rear camera showed the two police officers pushing the car from behind while the driver steered.

The two officers had their face masks on at that time.

At one point, the driver could be heard asking one of the officers to switch places: "Exchange now, I push, you drive?"

But the officers continued to push the car to the nearby car park while the driver steered.

Another driver stopped to help

Right after this short conversation, a car with hazard lights turned on slowed down behind the officers pushing the car.

It appeared that the car was deliberately providing a buffer between the officers and oncoming traffic.

However, the driver of the car then got out and ran towards the two officers and helped to push the stalled vehicle.

As the car was pushed past a bus stop, the driver who got off his car to help called on public transport commuters to help out.

One of them then joined in to push the car as well.

According to the video's caption, the total distance the car was pushed was about 200m.

Tan said he created the video to create awareness about the kind actions of all those who assisted.

He also said he has written in to the police to compliment the public spiritedness of the police officers who stopped to help.