The bug-eyed superhero character was part of the general audience at the Vatican on Wednesday.

He sat quietly next to a priest dressed in black, who appeared to be unperturbed. 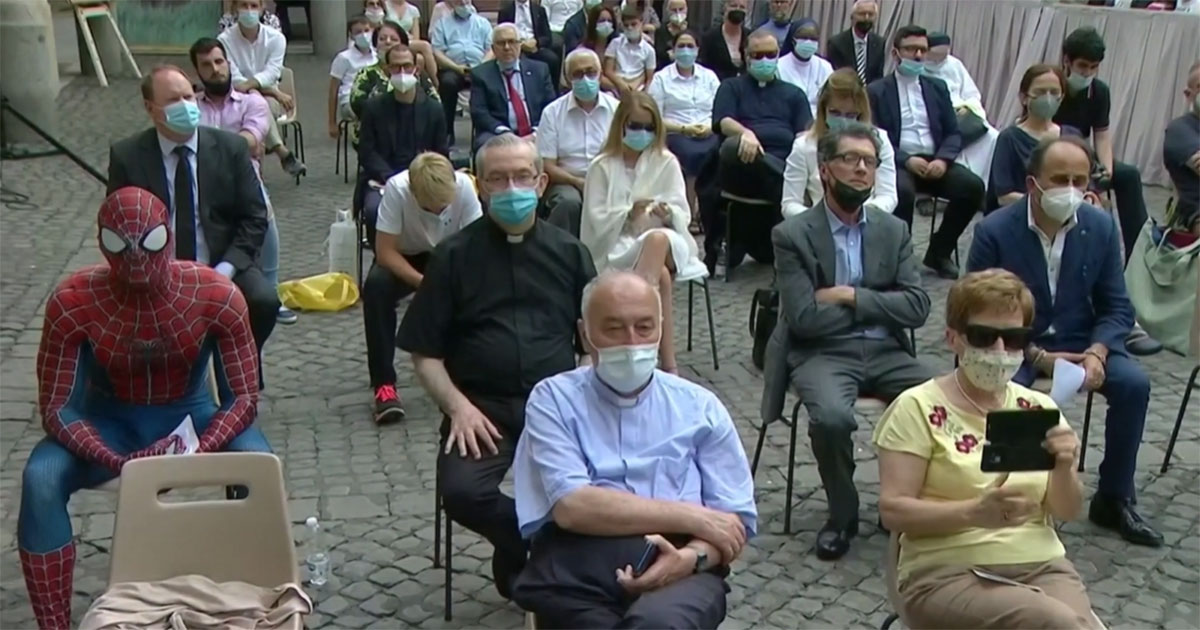 The full, skin-tight, red, black and blue costume of the comic book and film character was spot on, as the character sat in the VIP section of the audience in Vatican's San Damaso Courtyard. 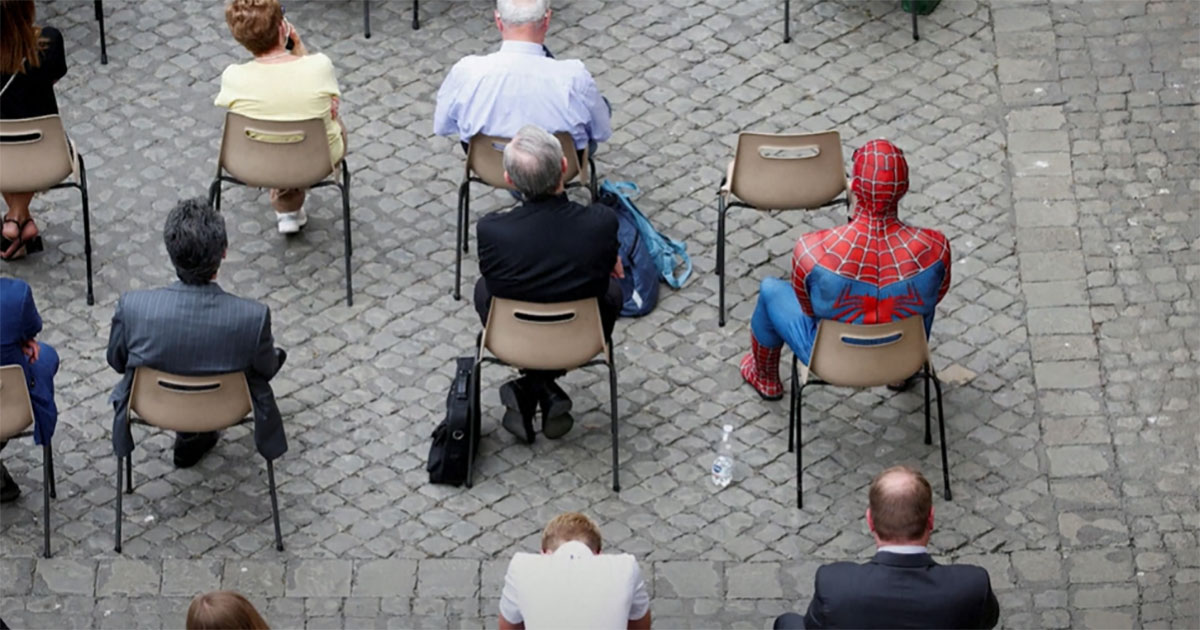 Who is that Spider-Man?

It turns out, the man behind the mask is Mattia Villardita, 27, from northern Italy.

His work involves dressing up in superhero costumes and visiting sick children in hospitals.

For that, he was given a place in the VIP section.

Villardita was introduced to the pope and he even gave the pontiff a Spider-Man mask.

Italian President Sergio Mattarella gave Villardita an award in 2020 for his work with sick children.

You can watch the full highlights here:

All other media via