Minister for Law and Home Affairs K Shanmugam has weighed in on a recent video showing a man lambasting an interracial couple in Singapore.

Here's the video in question.

During the course of the video, the man makes a series of claims including how interracial marriage is racist, asking them whether their parents would be proud, and that Indian men are "preying" on Chinese girls.

The man then asked if their parents were happy about the arrangement. Later on in the exchange, he would claim the man’s parents were "disgraced" by his dating choice.

Shanmugam said while he did not have the full facts, from what he sees in the video, if accurate, the actions by the man were "horrible".

He noted how it seems like more people are "finding it acceptable, to make 'in your face' racist statements - openly".

He also took note of how some try to explain it away when these instances happen.

He wrote: "Quite unacceptable, very worrying."

Shanmugam then questioned if Singapore was moving in the right direction on "racial tolerance and harmony".

"I used to believe that Singapore was moving in the right direction on racial tolerance and harmony. Based on recent events, I am not so sure anymore." 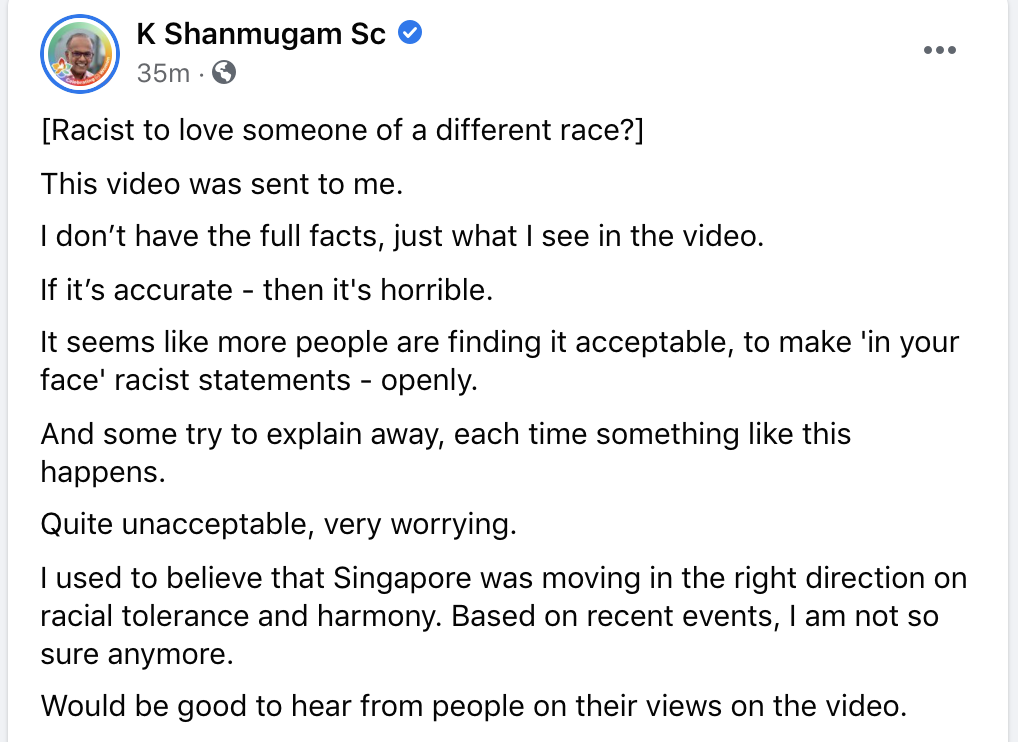