A mother peahen in Sentosa needed help when her chicks got stuck in the drain.

Fortunately, a Good Samaritan in the form of a male passer-by, stepped up to rescue her chicks and returned them safe and sound.

The incident was witnessed by a visitor to Sentosa.

The woman, Jo Ann Kuek, shared in a Facebook post on June 18 that she heard a loud honking noise that interrupted her stroll along Fort Siloso on the island resort.

Upon investigating, she realised it was a mother peahen's cry for help.

Kuek observed that the peahen would not budge from her spot beside a drain, despite people walking past.

Peeking into the drain, she realised that the peahen's three chicks had fallen inside.

Thankfully, a man came along and casually plucked the chicks out of the drain.

He then proceeded to gently set them down on the grass patch nearby.

Kuek noted that while he was doing this, the mother peahen would anxiously trot along beside him.

Once all the chicks were rescued and released, the family went along on their "merry way". 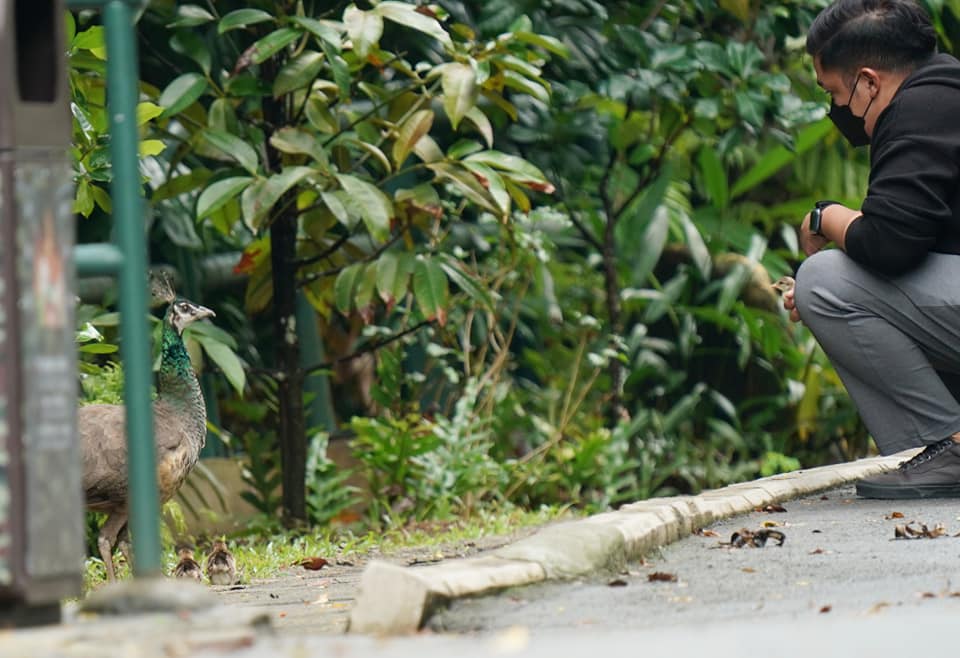 In her post, Kuek also thanked the "really wonderful" young man for taking the time to help out a distressed mother.

Sentosa has a population of around 50 peafowl, with the first pair of peafowl introduced in 1980.

Sentosa is believed to hold the largest number of peafowl in a single location in Singapore.

The large birds can be regularly seen strutting along the roads in Sentosa, or engaging in more aggressive activity with inanimate objects.