A motorcyclist has been caught on camera riding on Singapore's roads without a helmet.

A photo of the rider waiting at the traffic lights arms akimbo near Masjid Darul Aman in Eunos was circulated online on June 10. 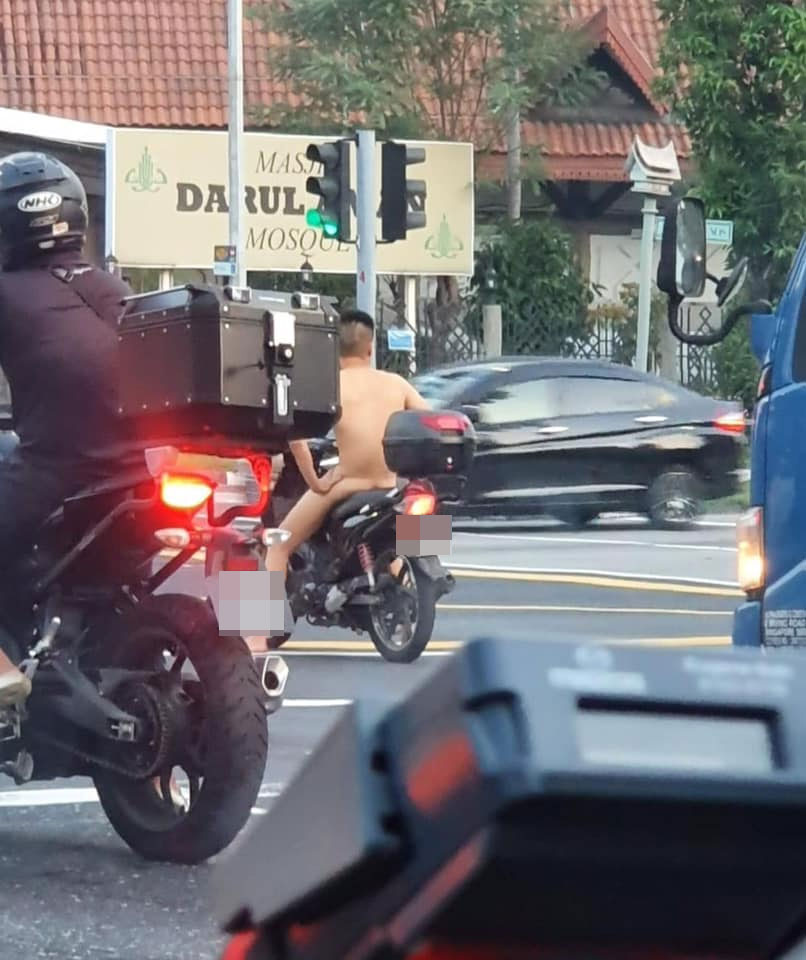 A video of the same rider travelling along the Pan Island Expressway and exiting at the Bedok North Road slip road was also put up online.

From the video captured by a fellow motorcyclist who tailed the naked rider, it could be seen on the speedometer that both riders exited Bedok North Road exit at about 100kmh.

The motorcyclist tailing the naked rider could also be seen gesturing to other road users about the sight before them.

The video then showed the naked rider making a U-turn at Bedok North Road and Bedok North Avenue 1. 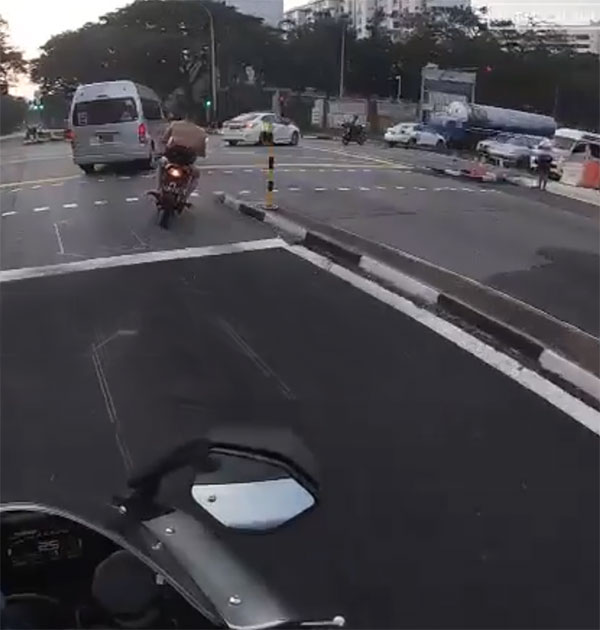 That was when the motorcyclist tailing the naked rider gave up.

Failure to wear a helmet while riding a motorcycle carries a penalty of three demerit points and a fine of S$150.

Anyone who appears naked in public can be apprehended.