More people have resorted to cooking or ordering food in, with the recent no dine-in restrictions.

However, not everything can be purchased for takeaway — coke floats, for example.

If you only happen to have a bottle of Coca-Cola and Milo powder, and no vanilla ice cream, you can make something reminiscent of a coke float.

This recipe went viral among Malaysians on Facebook, calling it a hack to make a root beer-tasting drink.

However, some sleuthing on the internet revealed that it was already a trend among people in the Philippines last year.

It is apparently a hack to make coke float using just the two unlikely ingredients. 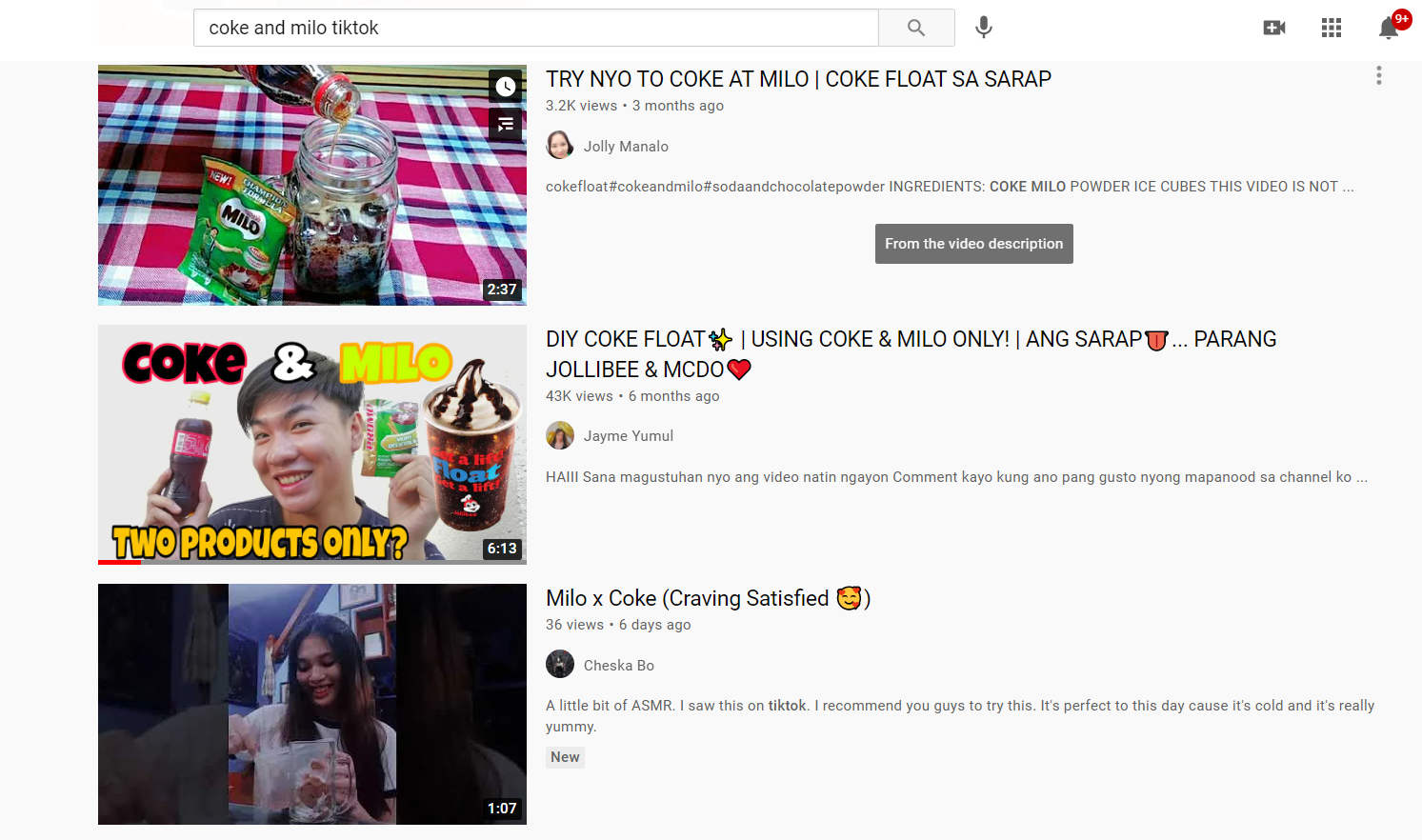 Here's how to make it.

Note: There are different types of Milo powder. I used the Australian recipe version, in case I had to be specific.

Pour the cola into a glass.

Add the entire sachet of Milo powder into the glass and stir.

Add some ice and ice cream if you have some.

I didn't have any ice cream, so I just had it as it is.

But knowing it is infused with some cola, made it seem less appetising.

After several confused sips, I would describe the taste as a Milo-flavoured soda: Pretty much like a creamier Coca-cola with a lesser-than-desired amount of gas (maybe I stirred too much).

While it does somewhat taste like a root beer float (more than it does a coke float, anyway) I don't think I'd attempt this recipe again.

My tastebuds just couldn't help but separate the two distinctive flavour of Milo and Coca-Cola. It's like a chaotic party in my mouth.

Also, Milo is quite pricey. So I'd rather make myself a tried-and-tested Milo Dinosaur or get some cola and vanilla ice cream instead.