About 100 residents self-evacuated from 141 Yishun Ring Road after a fire broke out in the block.

The Singapore Civil Defence Force (SCDF) said on a Facebook post that they were alerted to a fire at that address at around 8:30am.

The fire involved units on the 3rd, 4th and 5th floors, and was extinguished with three water jets.

According to SCDF, the fire was confined within the master bedrooms, while smoke damage was sustained throughout the three units.

An additional water jet was used from the exterior of the block to suppress the fire, which SCDF said was "leaping out from the bedroom windows".

A total of 10 people, including a Police Officer, were conveyed to Singapore General Hospital due to smoke inhalation. Five off-duty SCDF personnel, who were in the vicinity, rendered assistance with medical and firefighting operations.

A Mothership reader said that plumes of smoke could be seen from the block at around 8:30am in the morning.

At least three fire engines were seen at the block shortly after. Videos online showed SCDF personnel putting out the fire.  As of a Facebook post at 9:30am, the fire was said to be "under control". 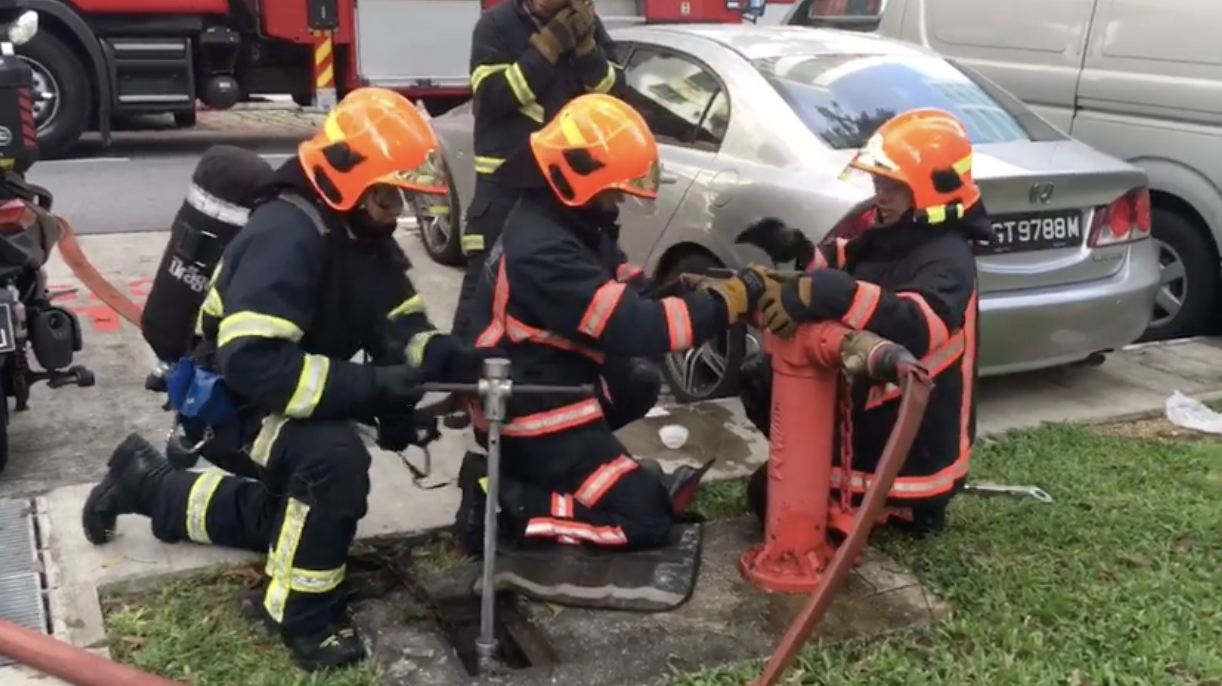 According to Lianhe Zaobao, a fire had broken out at a 3rd-floor unit. As the fire rose, the air-conditioning unit upstairs exploded, according to residents who spoke to the paper.

A live video by Lianhe Zaobao showed some of the burnt air-conditioner units along the block at around 11am:

Two fire engines were still present near the block at around 11:45am, according to a Mothership reader.

The paper reported that a woman in her eighties was sent to the hospital.

A resident living in a unit on the 11th floor of the block said that the walls inside their flat were stained black as the smoke had travelled upwards.