There is yet another sighting of monitor lizards eating a large python at the Ulu Pandan park connector.

In a video attributed to Ash Raivadera, which was uploaded on the Facebook group Singapore Wildlife Sightings on May 12, two monitor lizards were caught on camera chewing away at the carcass of a python.

The first one used his claws to help shred away at the python's flesh.

It took a few bites before another monitor lizard nearby took over, dragging the carcass and chewing at it.

In total, there were three sizeable monitor lizards in the vicinity.

These Malayan water monitor lizards can grow up to 3m long. 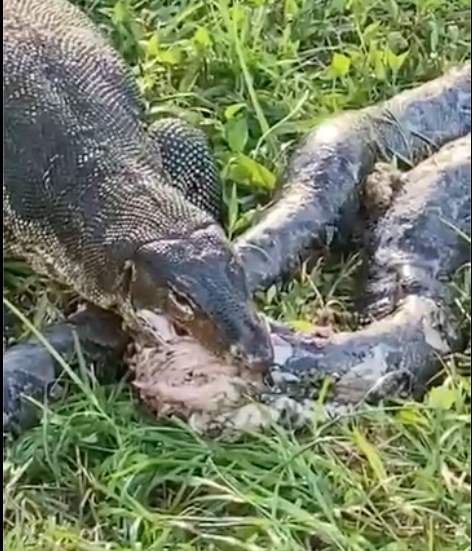 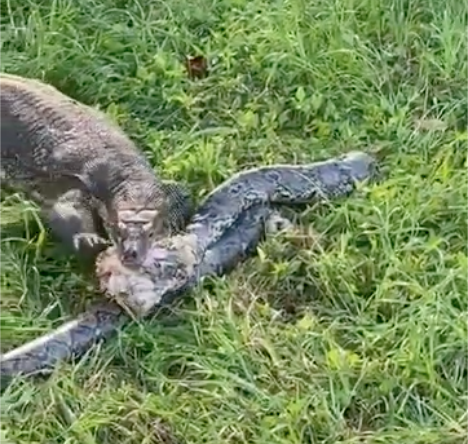 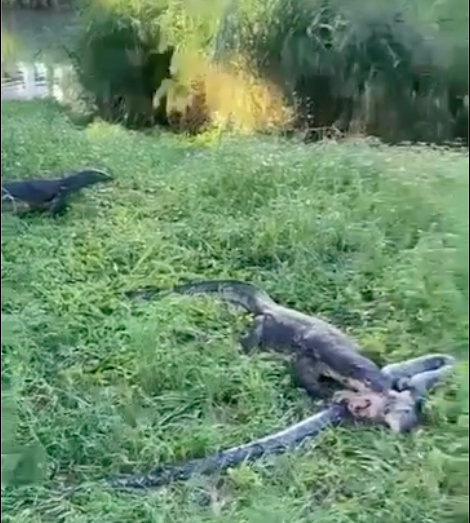 Monitor lizards seem to be frequently caught devouring dead pythons in Singapore, with one even regurgitating his meal in full view of onlookers.

This is because they are scavengers that feed on carcasses abandoned by predators. Scavengers play an important ecological role in biomass decomposition and recycling, according to the National Parks Board (NParks).

Monitor lizards also prey on other smaller creatures, such as insects, fish and snakes, and help to control the population of these preys.

NParks's website has stated that the public does not need to be alarmed when they encounter a monitor lizard.

These creatures are shy and will not attack unless provoked, and it is fine to observe them from afar.