The Ministry of Health (MOH) has confirmed 18 new cases of Covid-19 in Singapore on Thursday (May 6).

This brings the total number of cases in Singapore to 61,286.

Among the new cases, two are in the community and 16 are imported. 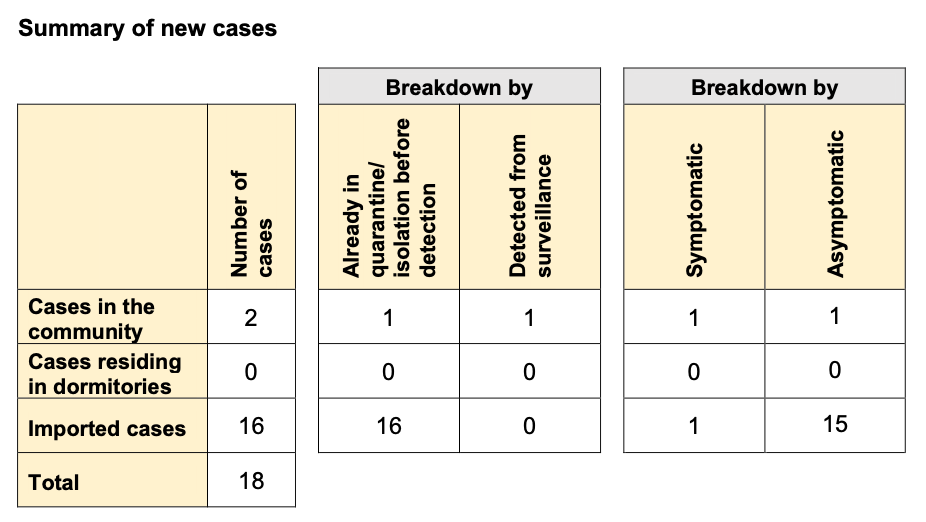 There are two cases in the community today, of whom one is linked and the other unlinked.

He had not gone to work after the onset of symptoms.

After developing a runny nose and cough on May 4, he sought medical treatment at a general practitioner clinic, where he was tested for Covid-19.

His test came back positive the next day and he was conveyed to Sengkang General Hospital in an ambulance.

He had been tested previously under the rostered routine testing (RRT) programme. All his previous tests returned negative results; the most recent one was conducted on Apr. 16.

He had also completed vaccination, receiving his first dose on Jan. 22, and his second one on Feb. 15.

Case 62877 is a 22-year-old male Permanent Resident who is a full-time National Serviceman (NSF) with the Singapore Armed Forces who was last visited his camp, Sembawang Camp, on May 4.

He is a household contact of Case 62824, who could have been infected with the virus while working at the Pasir Panjang Terminal

As he had been identified as a close contact of Case 62824, the 22-year-old NSF was placed on quarantine on May 4, and immediately isolated while in Sembawang Camp.

On May 5, he was tested for Covid-19 even though he is asymptomatic, and received a positive result the next day.

He was then conveyed in an ambulance to Mount Elizabeth Novena Hospital.

His serology test result is negative.

According to MINDEF, the Singapore Armed Forces carried out an immediate and thorough disinfection of the premises the NSF had been in.

All personnel who had been identified as close contacts have also been swab tested and are under quarantine.

The arrivals from the Indian sub-continent had already come into Singapore before the restrictions on travel were imposed.

Among the imported cases:

They had all already been placed on SHN upon arrival in Singapore and were tested while serving SHN. 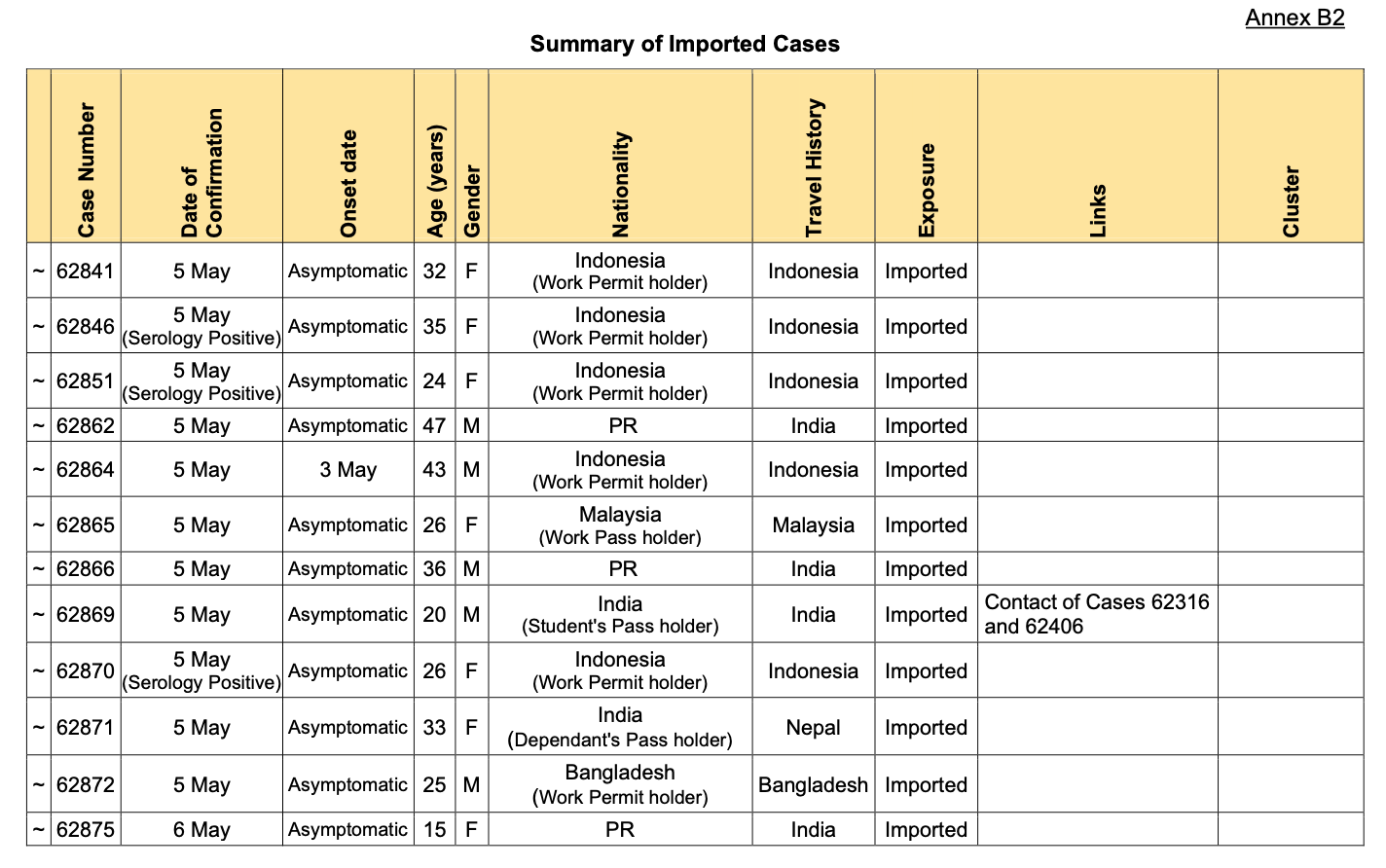 There are currently 120 confirmed cases who are still in hospital. Of these, most are stable or improving, and one is in critical condition in the intensive care unit.

262 are isolated and cared for at community facilities. These are those who have mild symptoms, or are clinically well but still test positive for Covid-19.

31 have passed away from complications due to Covid-19 infection.

MOH also regularly updates a list of public places visited by confirmed cases for more than 30 minutes during their infectious period.

One of the locations, Yummy Food Link (111 Woodlands Street 13) was visited eight times between Apr. 22 and May 4.

Here are the other four new locations: 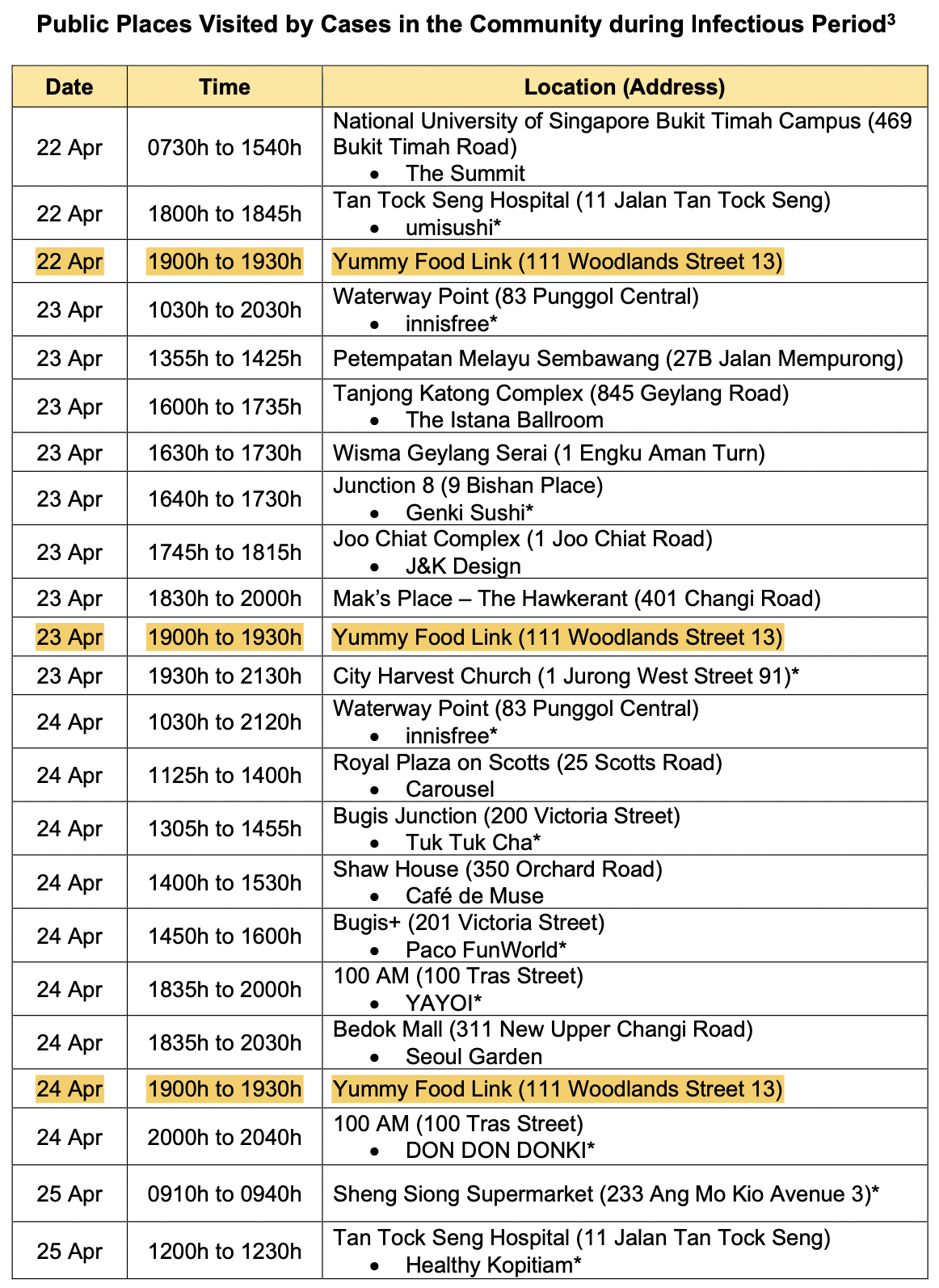 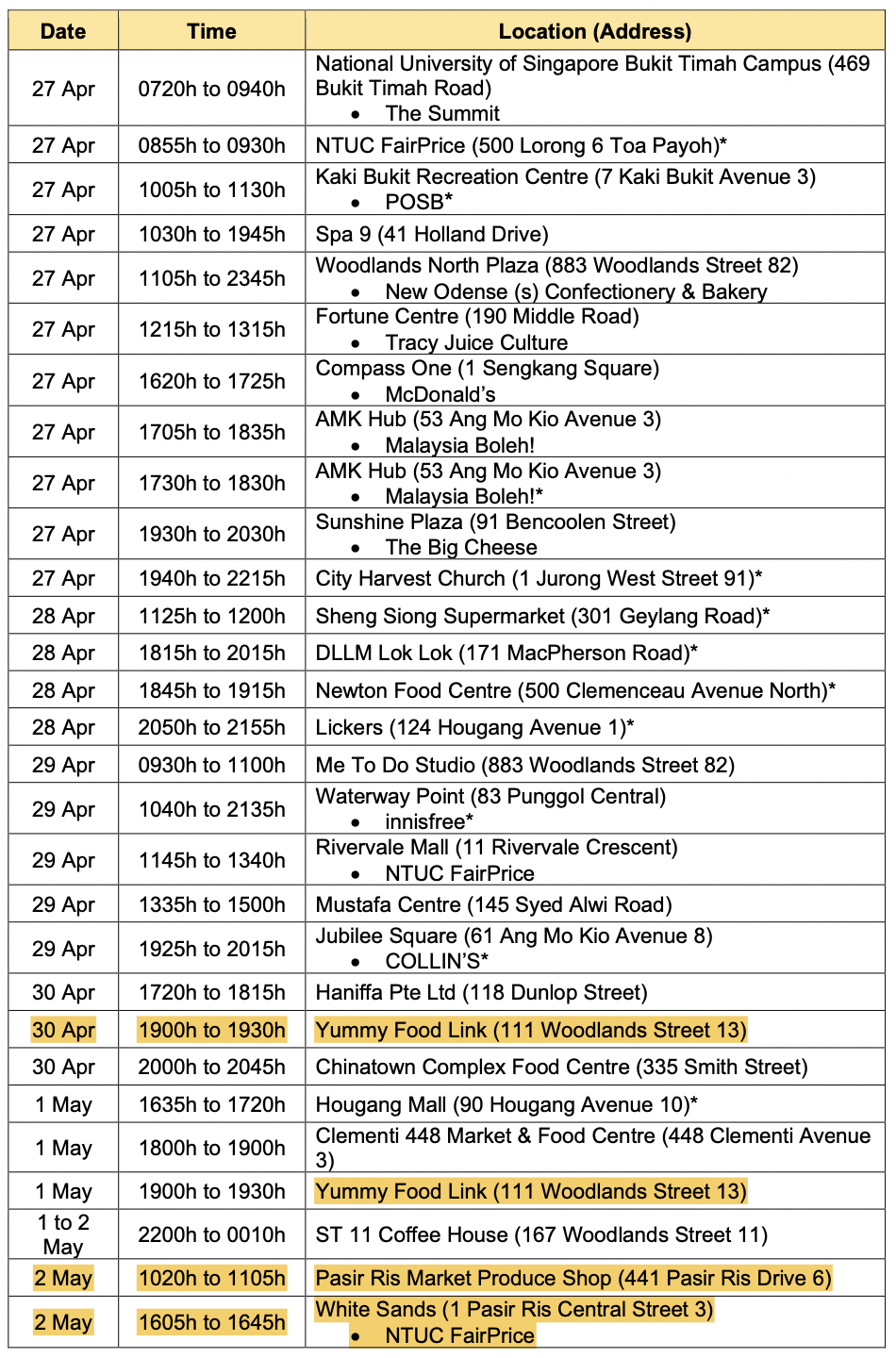