A Thai cop's wife's flashy TikTok video on board a Thai Royal Police helicopter caused her husband to be demoted and transferred to an inactive position, reported Coconuts Bangkok.

The extravagant lifestyle is what so many people crave. Flying on a helicopter and catching the amazing views from high above is an opportunity not to be missed.

But when you're taking a ride on a Thai Royal Police helicopter, it's a different story. 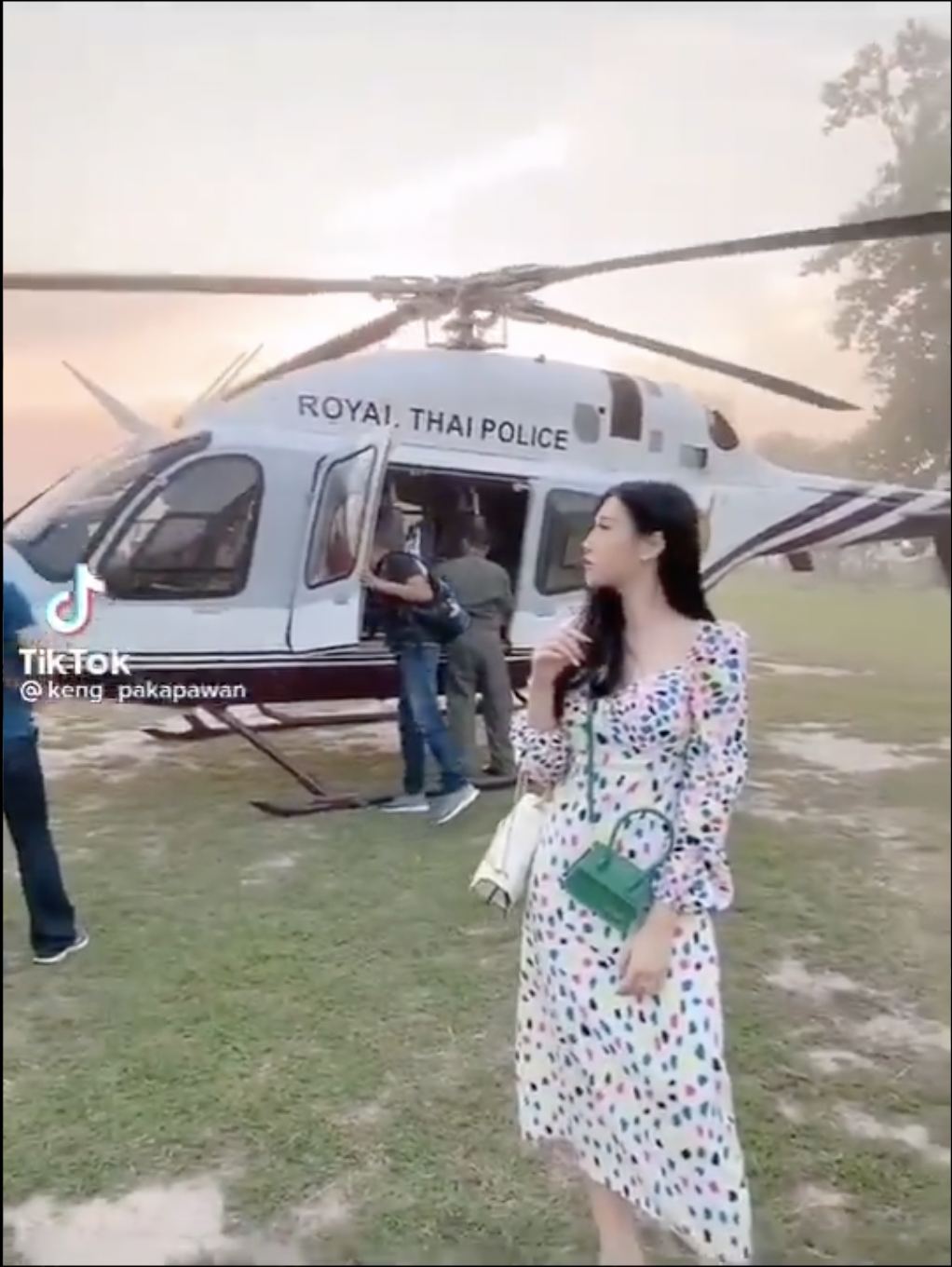 The video was initially posted by TikTok user @keng_pakapawan. It has since been removed but not before the video was heavily circulated.

Thai wife showed off entire ride to her followers on TikTok

Flashing what appeared to be a Jacquemus mini bag, the woman started her TikTok video by posing in front of her ride of the day.

Throughout the video, she made peace signs, duck faces, and even showed off the view from the helicopter.

Udon Thani police commander Pitsanu Unhaseri confirmed that the helicopter in the video — a Bell 429 — was the property of the Thai Royal Police. He also said in a statement that a committee has been set up to investigate the incident in order to safeguard the organisation's reputation.

The police officer was identified as Akkarapol Yeekoh, a detective at the Udon Thani Police Station.