An uncle helped his niece save at least S$400 to S$500 in one day after the thoughtful relative offered his ComfortDelGro taxi as a wedding day car instead of renting one.

The unusual transport arrangement on the day of matrimony for one couple in Singapore was shared on Facebook by the taxi operator.

The post said the bride, Syarinah Sani, was preparing for her wedding in March 2021, when her uncle, Abdul Aziz Bin Talibak, volunteered to lend his Comfort Ioniq taxi to the engaged couple to cut down on expenses.

The taxi, the cabby felt, was still new and would be practical for the occasion.

He said: “I decided to offer my taxi as my niece's wedding car as I thought it would help them save on expenses."

"The taxi may not be a luxury car but it is only slightly over one year old, and still looks new." 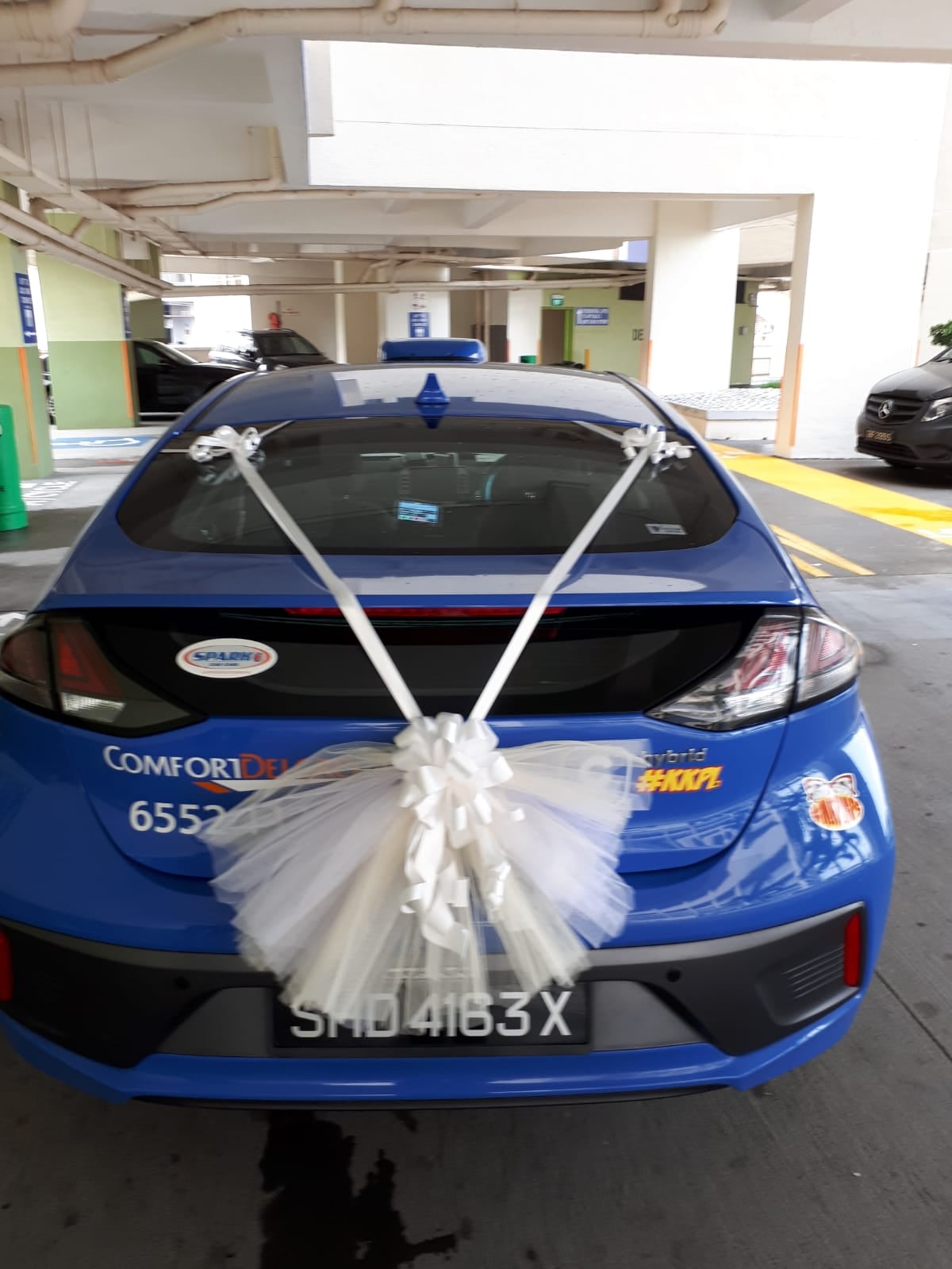 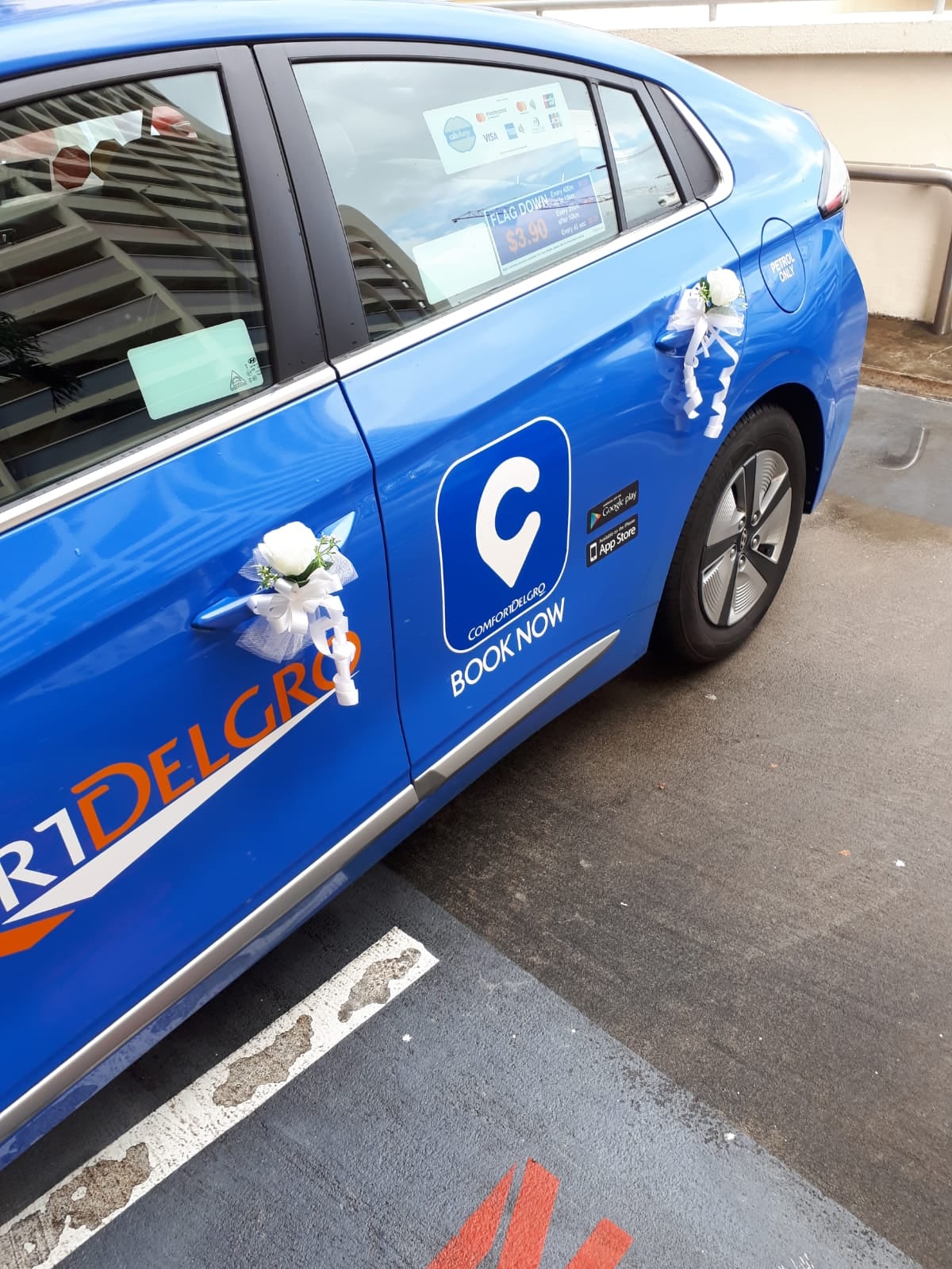 But to let his idea come to fruition, he had to seek approval from at least two parties.

The post revealed that on March 12 morning, Aziz approached the taxi operator for permission.

But the final say belonged to the Land Transport Authority, which had to give its approval.

Even though this was likely the first time an idea like this was mooted, the approval came on the same day that evening.

The grateful bride said she was more than happy to accept her uncle's help: "I was very surprised and thankful when Uncle Aziz offered to let us use his taxi."

Not only did she not have to rent a wedding car for the occasion, her uncle chipped in some more.

Syarinah added: "He even paid for the decoration out of his own pockets and made the taxi look so presentable on my big day.”

All photos via ComfortDelGro