Taiwan is going through its worst drought in 56 years, and the prolonged dry spell is putting a toll on residents.

So much so that a godsend shower in the central part of the island got many of them excited, even though it lasted for just 10 minutes, its national news agency, Central News Agency (CNA) reported on Apr. 18.

Locals took out their phones to capture the sight of rain while residents and merchants reportedly cheered for the "timely" rain.

In response to the video post above, many commenters, including celebrities like Ella Chen, shared the joy felt by local residents and hope that there's more rain to come. 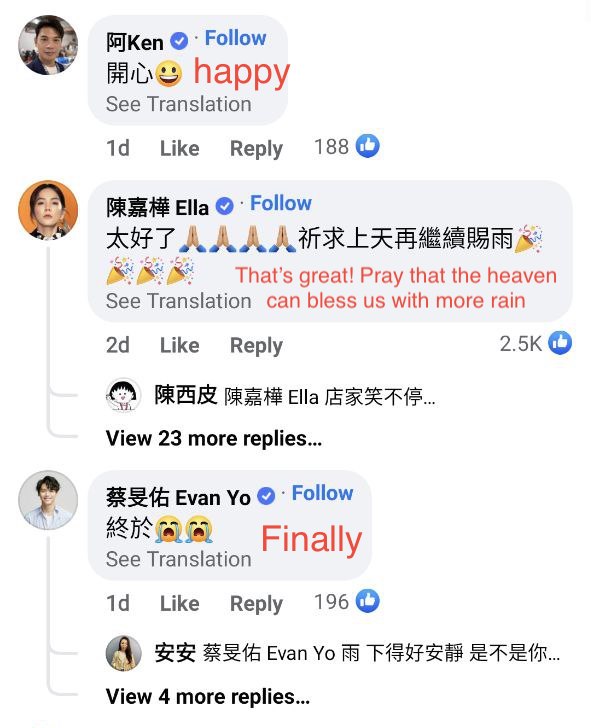 Areas which experienced the unexpected shower include Nantou, Jiayi and Kaohsiung.

It was also raining at popular tourist spot Sun Moon Lake in the evening -- a nearby village reported intermittent rain that lasted for an hour.

Sadly, the local meteorological office said that the rainfall was not long enough to help ameliorate the drought situation.

Some residents reported that the last episodes of rain they experienced was in March and January respectively, and they were just drizzles.