If you ever felt that big money has corrupted football, look no further if you want to see football played with very little money.

A Singapore Premier League footballer was recently awarded S$250 cash for being the young player of the month in March 2021.

The Young Lions forward, Khairin Nadim Rahim, 16, was seen po-faced in a photo where he was presented with the humungous cheque of his cash prize. 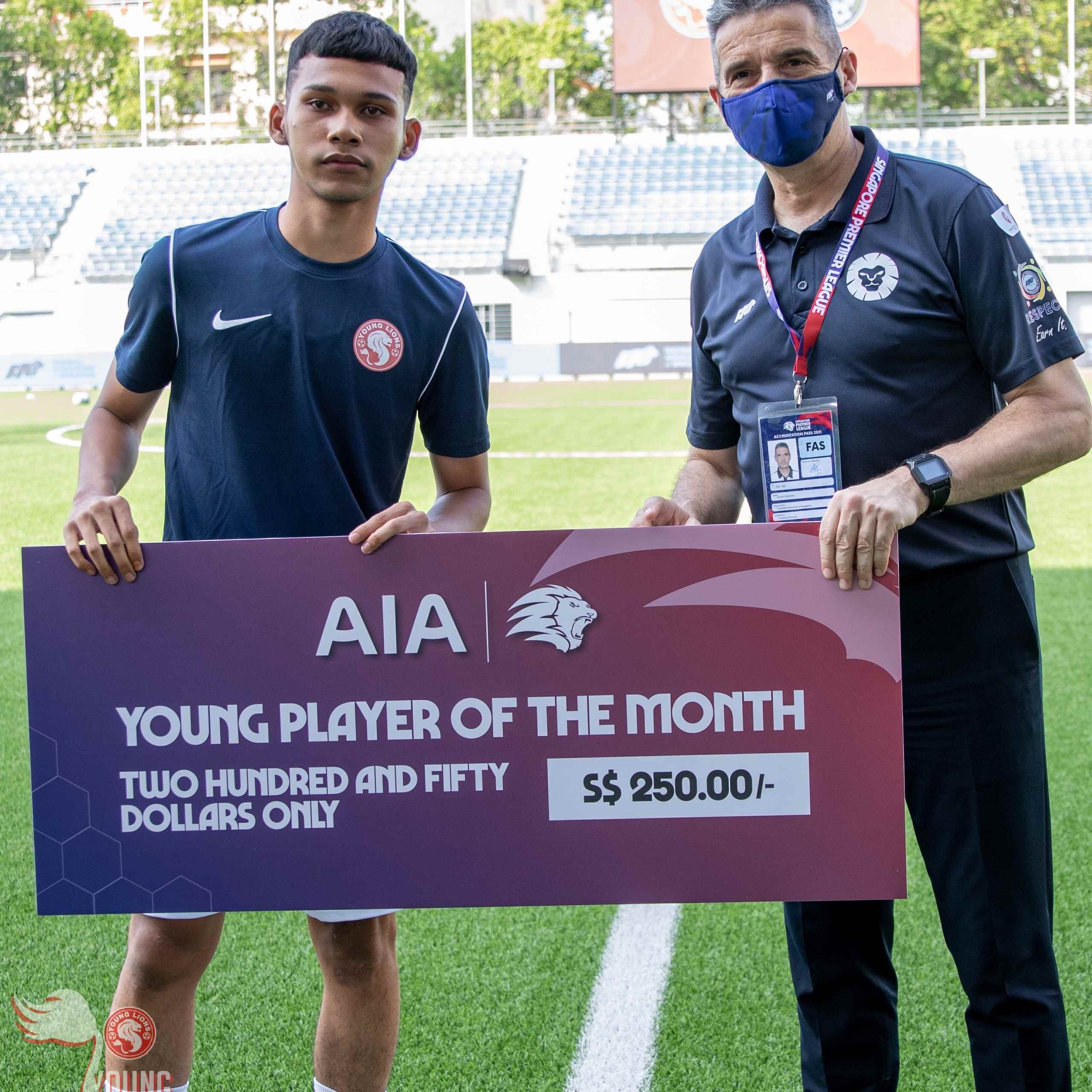 The social media posts to acknowledge his accolade have been met with a range of emotions, from disbelief to outrage to discouragement.

Those who responded were shocked that SPL players were even paid in the hundreds and suggested upping the reward to at least S$1,000, considering the high cost of living in Singapore these days.

Others suggested cutting costs by not printing the award on such a huge cardboard cheque, even though it might be reusable.

There were also others who queried if the S$250 reward was paid via PayNow transfer.

At least one commenter said the player could have made that amount in two days doing food delivery in Singapore. The photo of a S$250 reward then took on a life of its own as a former Prime League player weighed in with his own experience.

The discussion, to summarise, was how a lack of money is destroying the sport and rendering Goal 2034 unachievable.

The ex-semi-professional footballer wrote on Facebook that he used to be paid a S$300 monthly stipend years ago to play in the Prime League and he continued to receive the same amount for three years without increment.

The Prime League, founded in 1997, was the reserve team football league. Teams involved in the Prime League were primarily made up of youth players from the S.League clubs.

The Prime League could be thought of as being one tier below the S.League, which has been rebranded as the Singapore Premier League.

But he then realised things did not change much over the years, as he heard a professional player recently being offered S$1,200 a month to play in the SPL, which is Singapore's only major football league.

He wrote that such an amount, sans CPF contribution, would reduce the take home earnings to just S$1,000 a month.

Even by offering a S$2,000 salary to a SPL player, he said it is still too low for most people to justify playing football and developing it into a viable career.

Moreover, current rules state that professional clubs have to sign young talent, who are mostly untested, which then ends up becoming one way to suppress salaries of players, either by choice, or as an unintended outcome.

This becomes another problem as young players won't stick around long with this rate of remuneration and cannot develop themselves into better players over time.

Or, they might improve, but wages don't catch up with ability, and they leave the sport altogether as well.

Overall, it will lead to Singapore's footballing ambitions to fall by the wayside.

Maybe in the picture this guy still sec school or tertiary education that's why $250. Oh no ah? Even if national player also get $250. The rich club player, I think take the $250 bring back buy one month supply of cat food for his cat and some void deck cats.

How much do Singapore footballers make?

However, according to a Straits Times article in March 2020, not all players in the SPL have low wages.

ST reported that most Singapore internationals -- a selected few who are in the first team playing on a national level -- do earn between S$5,000 and S$10,000 monthly, comparable to foreign imports.

But local Under-23 players starting out their careers earn between S$500 and S$2,500 -- which coheres with what the former Prime League player said footballers got paid.

The ST news in March 2020 was focused on pay cuts that SPL footballers face due to the Covid-19 pandemic, and austerity measures led to some unhappiness on the ground as there are some players who don't even earn that much in the first place having to tighten their belts further.