Remember that one guy in your group project who pretty much coasted on other project mates putting in more effort?

Here he is, in avian form.

Japanese Twitter user @nakamanian shared a video of what appears to be two seagulls flying together, except one seems to be doing all the work.

"Here's a scene that you'll hardly ever see," the user wrote.

One of the seagulls is seen standing comfortably on top, while the other avian tried its best to keep both of them afloat, spreading its wings wide.

At some point, the free-riding seagull also extended its wings, perhaps thinking that it could offer to take on some of the workload. 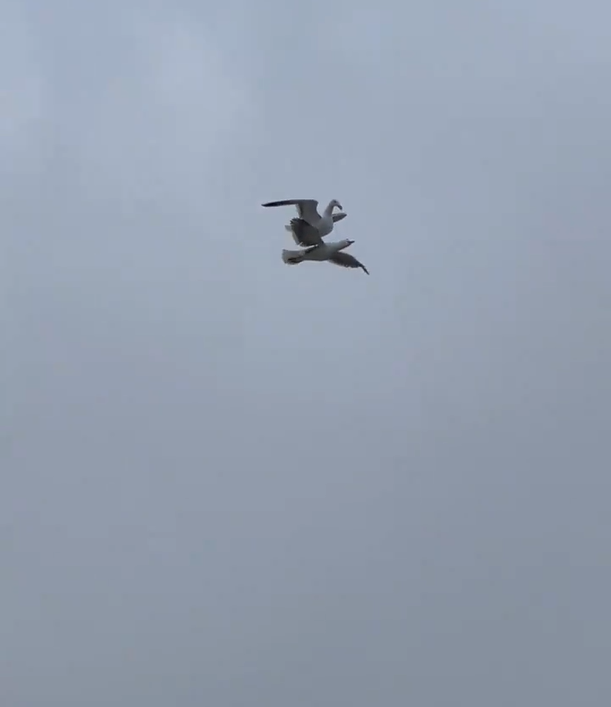 However, it soon became clear that the bottom gull got tired of these antics, as the bottom seagull suddenly turned around and snapped at the other bird, prompting them to fly their separate ways. 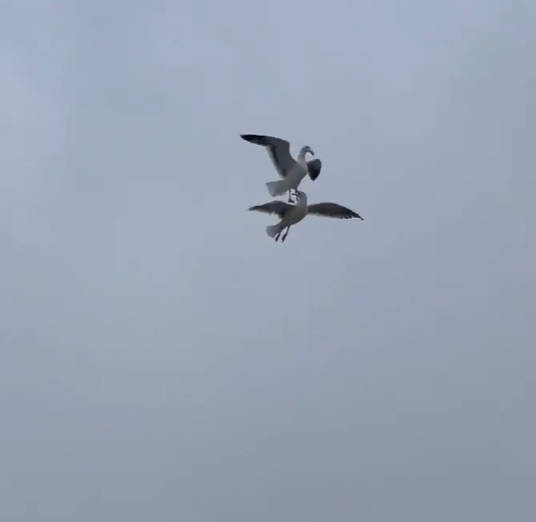 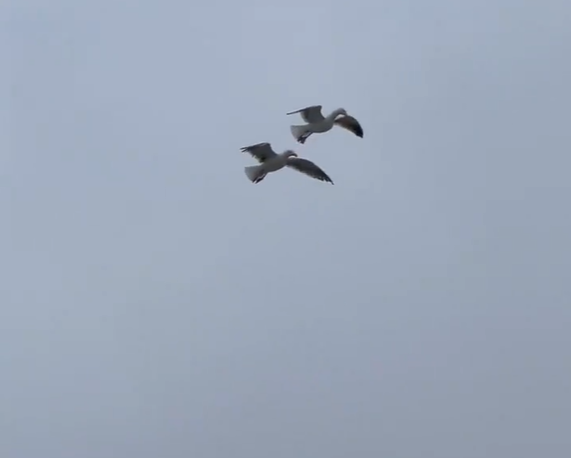 Several users flexed their creativity, and shared similar imagery which the birds reminded them of.

One said that it reminded him of a scene in Gundam.

Another user compared it to one iconic moment in Gintama.

While the seagulls' antics may look rather comical, the buddies in question might actually be Gull-friends with benefits.

According to National Geographic, male seagulls typically stand on the back of a female seagull to indicate that they're ready to mate.

Seagulls are monogamous animals that often mate for life, and frequently return to the same locations to mate.

There doesn't seem to be many pictures of this assumed pre-mating ritual being done mid-flight though, with the closest being this picture reported on by Mashable.

They also cited Richard Major, a principal research scientist in terrestrial research at the Australian Museum, describing what exactly the seagulls might be up to.

"They don't look too enthusiastic, but it's hard to tell what happens next from a still. It is most likely to be a preliminary to copulation or an attempt at such," he said.

In this case, the seagull could've been attempting to engage its partner in mid-flight, but appears to have been rejected from the short clip.