A Russian model who was obligated to perform on a Chinese boy group survival show is finally "free".

Asked his fans to stop voting for him

27-year-old Vladislav Ivanov, from the port city of Vladivostok, first joined the talent show Produce Camp 2021 when he agreed to fill an empty slot, thinking he would get kicked out in the first round, according to RT.

The contract, which he reportedly signed without reading the fine print, had bound him to the show, preventing him from quitting unless he is willing to pay a huge fine.

Despite his relatively amateurish performances, Chinese fans continued to vote for him as they felt his indifferent attitude was refreshing as compared to the other contestants, who all displayed enthusiasm as they vied to become part of the eventual 11-member boy band.

Ivanov, who called himself "Lelush" after a main character from his favourite Japanese anime series "Code Geass: Lelouch of the Rebellion", had repeatedly implored the audience to stop voting for him -- even singing a song called "Let Me Go Home" to drive home his point.

In one of his appeals to the audience previously, he said he wanted to focus on his design work and continue being a model, and that becoming a performer or a pop star wasn't his dream.

His appeals appeared to have worked. His fans said they would stop voting for him, and when the last round of voting ended on Saturday night, Apr. 24, he ended up in 17th place -- well below the 11th place which he tried so hard to avoid, but a few spots higher than the 23rd place he wanted as it was the same number as his birthday.

He had expressed his desire to be ranked 23rd on the profile picture he used for his Weibo account: 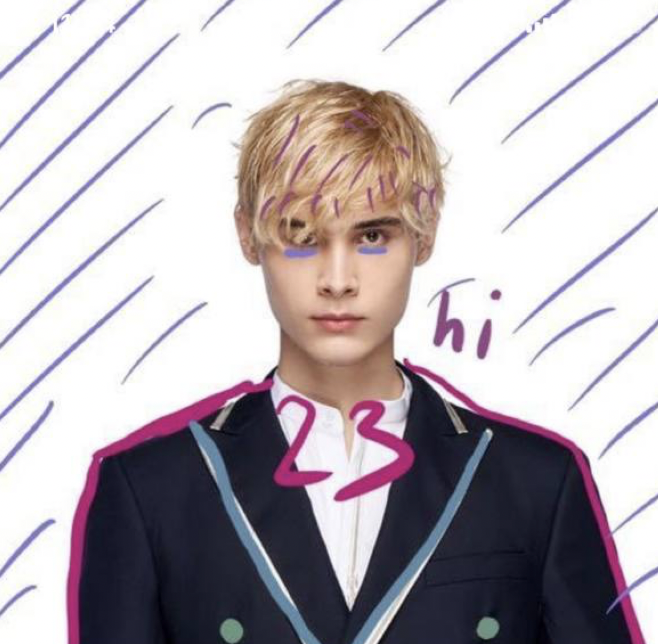 Finally able to "knock off work"

Chinese fans were tickled by how elated he appeared to be when he learnt he could finally be free of the show, and did not have to be part of the dreaded boy band.

The hashtag "Lelush rushing to knock off work" trended on the Twitter-like Weibo -- it was seen more than 210 million times -- and GIFs of him running to exit the stage while flailing his arms as he failed to contain his delight were circulated among social media users.

In a post-contest interview, with the same indifferent expression that he has been wearing on the show all along, Ivanov said "congratulations everyone for letting me get off work".

When he realised he should have said "thank you" instead, he corrected himself and let out a slight chuckle -- a rare show of emotion after three long months on a show he absolutely hated.