PM Lee Hsien Loong has thanked DPM Heng Swee Keat for his "selfless decision to stand aside", and said that he understands and respects this decision.

It was announced on Thursday, Apr. 8 that Heng will "step aside" as the leader of the 4G team of ministers.

In a letter from PM Lee to Heng, it was also confirmed that Heng will relinquish the finance portfolio at the next Cabinet reshuffle, something Lee said that they had "earlier planned".

Given the current prolonged crisis that Singapore faces, Heng had explained that it would be in the country’s interests to be led by a younger leader with a longer runway to take over as the next prime minister.

"When I asked you to take on the Finance portfolio in 2015, we both knew that you had a difficult job," PM Lee wrote in his letter to Heng.

"You did not hesitate to take up the challenge, putting heart and soul into the task."

Heng had done "exceptional work" as the finance minister, delivering five budgets within twelve months to help Singaporeans through a pandemic, PM Lee added in his letter.

In his five years as finance minister, he "delivered a record 10 budgets".

Additionally, PM Lee also wrote about Heng's stint in the Ministry of Education, where he "spent five fruitful years".

There, he paved the way for two new universities in Singapore, "[widened] the definition of success" leading to the SkillsFuture programme.

Lee also said that he is "glad" that Heng will remain as Deputy Prime Minister and Coordinating Minister for Economic Policies.

"I am confident that you will continue to contribute actively to all our Cabinet deliberations," PM Lee said.

Together with other senior ministers, Heng will help mentor younger ministers.

Heng will also carry on his work as Coordinating Minister for Economic Policies, which "dovetails with (his) role as Chairman of the National Research Foundation". 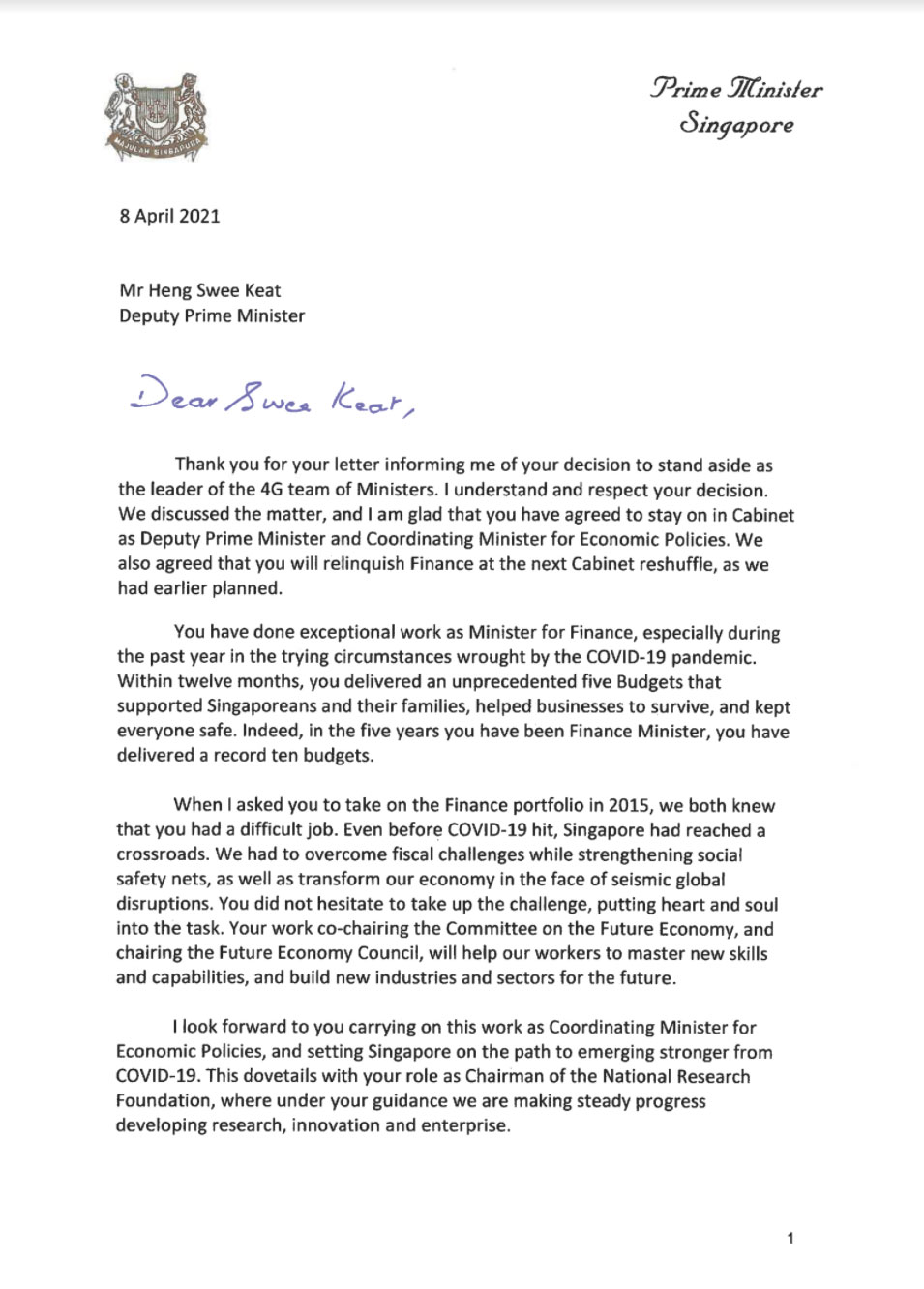 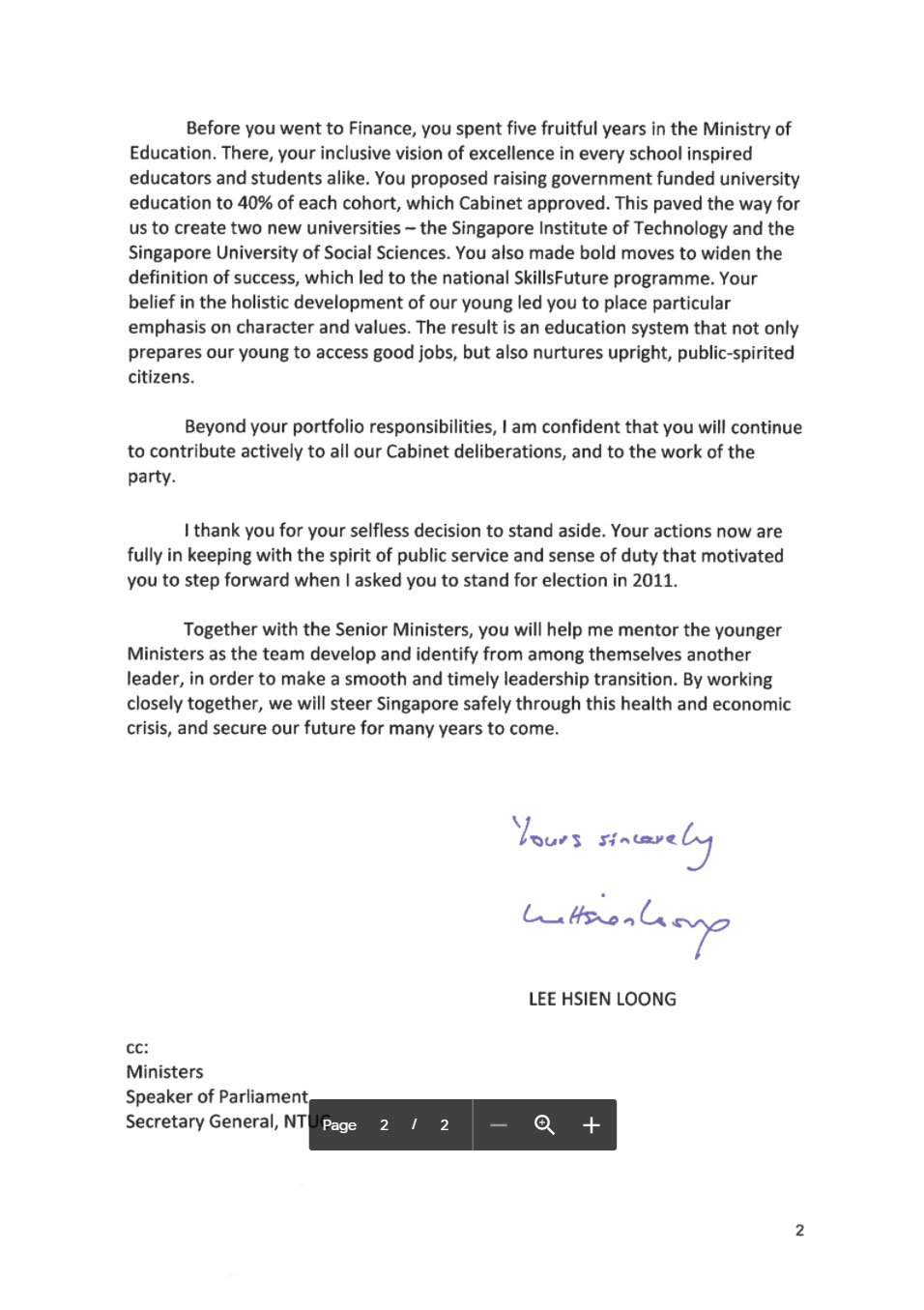 He was chosen by his peers to be their leader in an announcement first made in November 2018.

That year, he had been appointed as the first assistant secretary-general of the PAP.

In July 2020, it was reported by The Straits Times that the fourth-generation leadership team is in "complete unity" behind Heng.

The 4G team said on Apr. 8 in a statement that they respect and accept Heng's decision to stand aside as the leader of the 4G team.

They also said that they have requested for PM Lee to stay on as PM until a new successor is chosen by the team and "ready to take over".

PM Lee has agreed to this request.